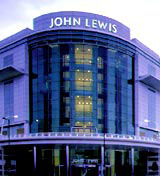 The time when consumer needs could be met solely by the local high street are gone. According to a report by Verdict Research, high streets will continue to lose out to out-of-town retail offers unless they improve the shopping experience by raising the standard of facilities and increasing consumer choice (DW 26 April).

Verdict on the High Street 2001 says the future lies in recognising the need for continual development. Its senior analyst, Sally Bain, explains, “If you’re not doing something, or adding and developing something, but just standing still, you’re actually going backwards.”

Verdict’s list of top 100 UK shopping centres bears this out. With cities like Glasgow and its Buchanan and Sauchiehall Street developments, where the high street has been synergised with existing in-town shopping centres and the broader context of the city centre, proving the most successful.

Kingston upon Thames high street had all sorts of problems, including a town centre fractured by a main road running straight through its middle. With massive investment in two retail developments, Kingston Council looked at treating the town centre as a whole by implementing a brand. As Julie Grail, former chief executive of Kingston Town Centre Management, points out, “Over two years we did a lot of building the brand of Kingston. Having set up a ‘Kingston Because’ campaign, we built on this with the strapline ‘a destination of choice’.” Kingston’s brand unifies its town centre with consistent street furniture, advertising hoardings, public information points and map sites, all in a corporate colour, and shows how branding can create coherence, beyond a retail experience.

It is easier to see how a shopping centre can brand itself, as town centre management consultant Andrew Lucas explains. “It’s clean, it’s tidy, so you’re looking after the human instincts, but you’re also providing a nice environment to be in,” he says.

Whereas city centres are a product of commercial evolution, as Tim Levenson, head of city development at Southampton City Council, attests. “Everything in the city centre has been dealt with on an ad hoc, site-by-site basis, with no overall vision or sense of place,” he says.

That is the usual currency of the high street. But it can be made cohesive, as Southampton aims to prove, with its own rebranding as the south of England’s leading city, by designing all aspects of the high street and city centre to express the brand. For Southampton, this is light, airy and minimal, to reflect the city’s relationship to the sea as the UK’s leading vehicle-handling and cruise port.

With the £300m West Quay shopping centre already completed, it has established an Urban Design Strategy, produced by design consultancy Edaw, which will launch a series of guides. The Development Design Guide will provide useful information on Southampton’s development “house-style” and the Streetscape Manual will take a more technical approach. It is a framework with design guidance for future developments.

“The high street has been improved in keeping with the brand, using contemporary materials,” explains Levenson. “But it’s also part of a continuum that makes sense.” Using light wood, stainless steel and sandstone in the streetscape, the aim is for the consumer to be able to wander down the high street, through a succession of linked, pleasant spaces and end up somewhere, like the waterfront.

Its design guide is meant to eradicate clutter – “layer upon layer of balustrading, seats and too many signs that are all in different styles,” Levenson says.

“We’re making the whole thing legible and we feel we have to do this to compete, because it’s about an experience now. You can shop, but you’ve also got to enjoy the experience and our Urban Design Strategy is playing a key role in that,” he comments.

The city of Canterbury has invested in a major shopping development with its Whitefriars site, but recognises the need for redesigning the high street and surrounding area. “The emphasis will not be on a shopping centre, but retaining open streets, so it is part of the city as a whole,” says Canterbury City Council head of development projects Malcolm Burgess.

Its brand is about embracing the existing assets of the town centre, primarily its historic heritage, and has encouraged the use of traditional materials, but with a modern design that respects the environment in which it is being built. The heights of buildings have been restricted to no more than four storeys and are broken down into, at least the appearance of, individual buildings. It enforces the more human scale of the street dimension.

At the heart of this shift is the consumer, whose expectations of retail environment have changed. The Association of Town Centre Management chairman Alan Tallentire elaborates, “We’re making judgements about locations, which are not based on the fact that this is somewhere we have to go, but that this is somewhere we would like to spend some time.”

Specifically, as Grail confirms with Kingston, “It is recognising all these other forms of retailing and changing consumer habits and trying to react to them, focusing on ensuring a clean, safe and attractive offer in a town centre, because that’s what people want.”