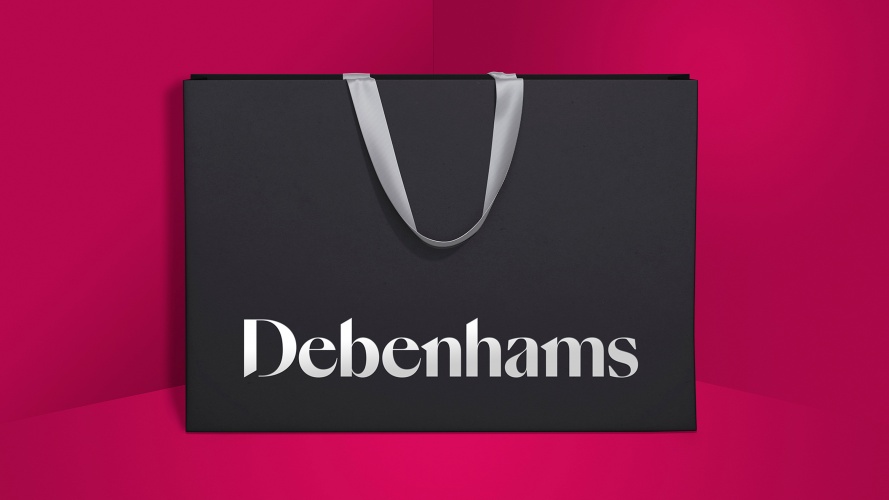 Mother Design has redesigned Debenhams visual identity, with the aim of bringing a “modern and approachable twist” to the store’s 200-year-heritage.

A new logo has been created along with a new tagline – “do a bit of Debenhams” – as part of a wider campaign to “reclaim the joy of shopping”.

The department store has used its previous identity since 1999, but the “dynamic” new look aims to show how much it has progressed since then, according to Debenhams.

A new wordmark logo has been created by Mother Design, a design studio branch of global advertising agency Mother, alongside type foundry Swiss Typefaces. The word “Debenhams” is presented in a custom, sans-serif typeface derived from SangBleu, set in white. 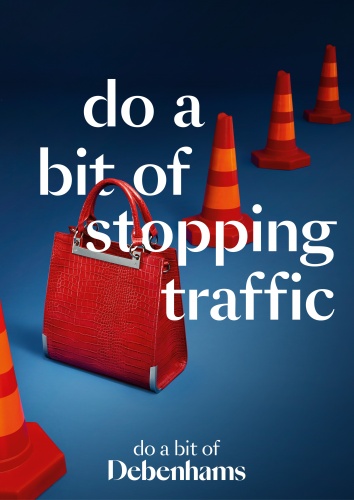 Kirsty Minns, creative director at Mother Design, says: “The typeface was chosen because of its bold, proud structure and dynamic personality, as it has hybrid characteristics of both sans-serif and serif typefaces.”

“A lot of the details that existed in the original [SangBleu] type felt inherently Debenhams – it resonated with the personality traits that are core to Debenhams as a brand.”

She says the result is “a modern, distinctive typeface” which strikes a balance of “classicism and contemporariness”.

‘Do a bit of Debenhams’

The updated logo will now appear on the website and in new stores, as well as being phased in across branded items such as carrier bags.

It is accompanied by a “playful” new brand campaign, which aims to make Debenhams stand out in a competitive market place, according to the company.

The campaign includes a series of colourful posters which will appear digitally, across social media channels in still and gif formats and as brochures which will be distributed as inserts in magazines and newspapers.

The adverts feature images of products that the store sells in unusual settings, each linking in with the “do a bit of Debenhams” tag line.

One example shows red snakeskin boots with a batch of microphones aimed at them in the style of a press conference, with the tagline at the bottom in white. A message on the poster, written in the same typeface as the logo in lowercase, says: “do a bit of new shoe policy.” 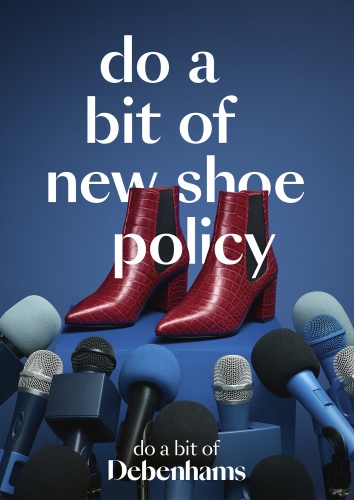 Each poster is set on a vibrant, contrasting coloured background.

“A varied colour palette has been developed that is intended to work fluidly rather than just for a singular use,” says Minns. “This is to create impact, a fresh look and to be constantly engaging.

“We chose to offset areas of rich or vivid colours with fresher tones. This approach with distinctive colour combinations brings that sense of unexpectedness and elevated aesthetic.”

According to Debenhams, the change in appearance is also aimed to be a “rallying cry” for consumers to come in and reappraise what is on offer at the store.

Ana Balarin, partner at Mother, says: “The act of shopping is gradually becoming quite transactional and devoid of romance. With its brand repositioning, Debenhams wanted to bring the joy and excitement back into the shopping experience.” 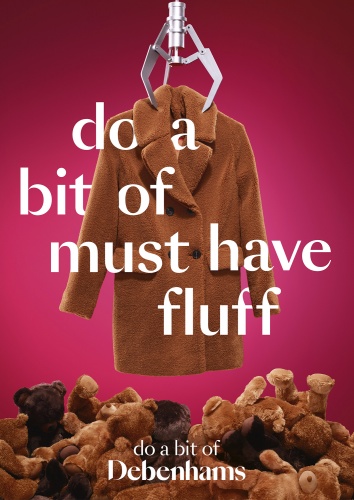 The new branding follows a difficult period for Debenhams – the retailer’s pre-tax profits sank roughly 84% in the 26 weeks up to 3 March this year compared to the same period in the previous year, according to BBC reports.

This was partly blamed on the very cold weather in the early part of this year, but the company had also issued a profit warning after a disappointing Christmas season.

The rebrand ties in with the wider Debenhams Redesigned strategy, which sets out plans to “reinvent the shopping experience for customers”, according to a Debenhams spokesperson.

They explain that “Debenhams is changing”, with improved stores and product offerings, and “[the] new brand identity is a way of signalling that change.” 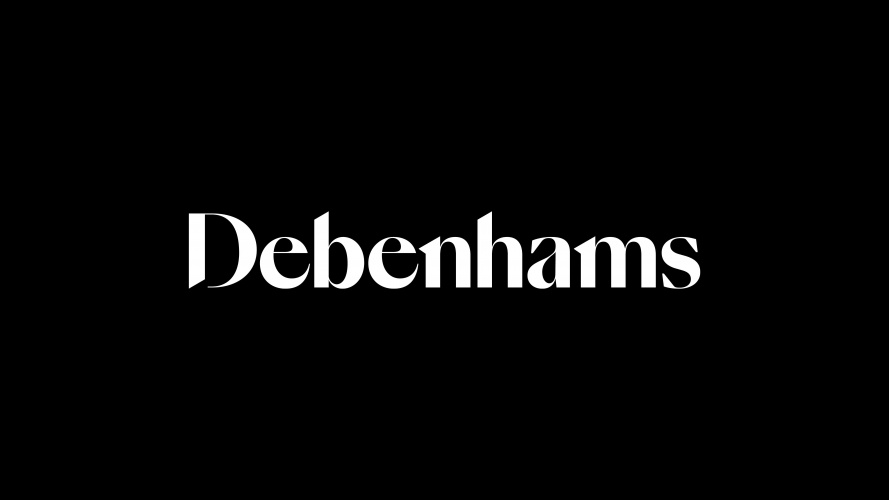 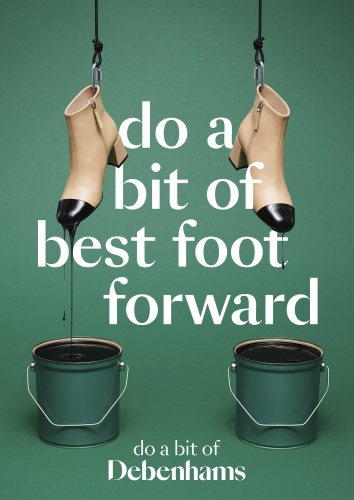