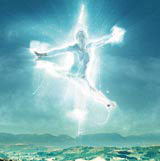 The business was put on the block in the wake of the BBC’s review of its commercial businesses, but will continue to provide the corporation with design services, promotional content, playout and access services, and electronic programme guides until 2015.

The 1000 staff, including the 40-strong broadcast design team, have been given a 12-month guarantee against compulsory redundancy as part of the terms of the sale, which BBC Broadcast managing director Pam Masters describes as ‘a good deal in so many ways’.

‘Creative Broadcasting Services thinks [BBC Broadcast] has great opportunities and is leaving the current management to run the business and to continue to grow it,’ she says.

The company is already working on changing its corporate identity with the assistance of ‘several’ outside design consultancies; however, it will remain BBC Broadcast for ‘an agreed period of time’, according to a spokeswoman.

The acquisition must be approved by Culture Secretary Tessa Jowell, but if successful the business will continue to operate from the Broadcast Centre in the BBC’s White City Campus in London.

Masters says the deal is one that will facilitate growth, but it remains undecided whether Creative Broadcasting Services will look to bolt on acquisitions in related sectors.

‘Obviously, we have got some plans to grow and it [Macquarie] wants us to. If we come forward with some ideas for acquisitions, it will look at them very seriously,’ she explains.

Separately, BBC Broadcast swept the board at the Promax&BDA US Awards, winning 19 golds, ten silvers and one bronze at last Thursday’s ceremony in New York. Among the awarded work were the Athens Olympics trails (pictured) and a campaign for the Sci Fi Channel, BBC Broadcast’s first project in the US.

Bruce Dunlop Associates, ITV, BSkyB and Emap Performance TV were among the other British winners at the awards.

â€¢ Incorporated in its own right three years ago