As the Government brings forward the deadline for its £55.7bn high speed rail network HS2 by six years, visualisations have emerged for stations in Crewe and Leeds.

Based on an advisory paper by David Higgins, the chairman of HS2, the Government has announced that there will be a major new rail hub at Crewe, joining the one already planned for Leeds. 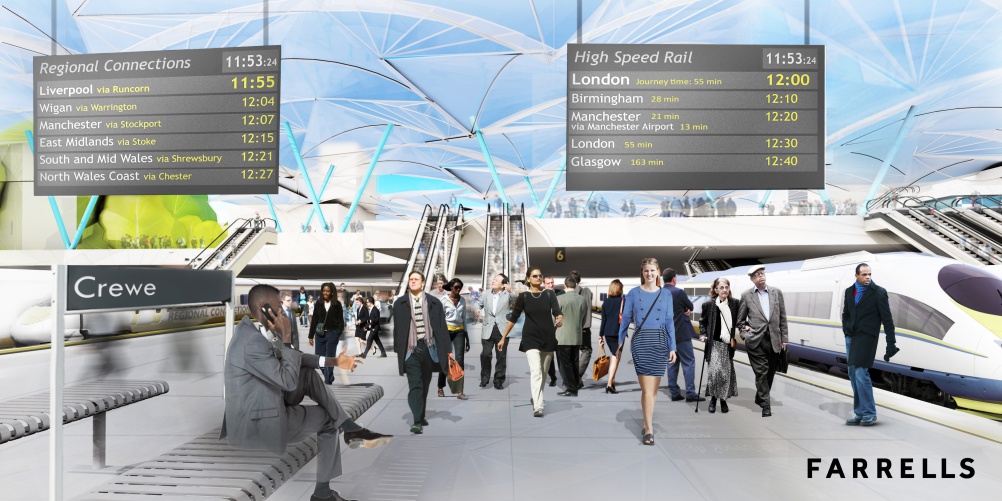 Architect planners Farrells says its proposal for an HS2 hub at Crewe has influenced the Government’s decision to extend the line to crew.

Farrells has been working with Cheshire East Council since 2012 according to Farrells infrastructure partner Neil Bennett who says his team has been developing a strategic vision of Crewe as an HS2 hub station.

“We’ve looked at implications for the surrounding area, growth, how the transport connectivity would work and thought about it in urban design terms,” says Bennett.

Farrells, which has been in contact with Network Rail as well, according to Bennett, will look to stay involved with the project as it develops and compete for further stages.

Meanwhile, as part of David Higgins report, this visualisation emerged of the Leeds HS2 hub: