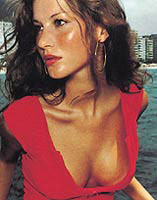 The first London exhibition of celebrated fashion photographer Mario Testino shows from 1 February until 4 June. Models, pop idols, film icons and royalty are among the subjects, which also feature in a book to accompany the exhibition with text by Patrick Kinmouth, priced £25.

Nan Goldin’s photographic journey through the underworld of London, New York, Berlin and Paris over the past 30 years shows at Devil’s Playground until 31 March.

The transition of post-war Britain into the 1960s is defined by popular culture, including the explosion of British art. Transition: the London Art Scene in the Fifties continues until 14 April.

Contemporary Czech Architecture from 1990-2000, until 28 February, presents the change in position for architects after the economic and social shift of the past few years. Talks, films and presentations also make up the event.