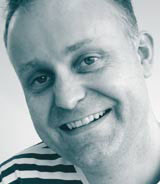 Futurebrand is bringing ‘the taste of real food’ to organic brand Whole Earth, which will relaunch in the autumn with identity and packaging that aims to create a stir in the category.

Whole Earth was one of the original organic pioneers, founded in 1967. Its new owner Kallo Foods wants to position the brand closer to new generation organic brands like Innocent Drinks and Rachel’s Dairy, targeting a sophisticated, ‘foodie’ audience.

Organic brands used to present themselves as ‘the safe haven from food scares’, says FutureBrand consultant Adrian Goldthorpe, but those days are ‘long gone’. Instead, the work will focus on the brand’s natural origins and ‘pioneering spirit’, without being ‘over-trendy’.

FutureBrand creative director Sam Dumont says the previous marque ‘wasn’t behaving like a brand’ on pack. The revamp will bring an identity device centre-stage, while ‘breaking out of the bland, cardboard colours’ sometimes associated with the category.

The new look will be unveiled in October. FutureBrand won the work after three-way pitch.

Meanwhile, the group has appointed Nigel Ritchie as joint creative director. Ritchie, who joins on 11 August, was previously creative director at Ziggurat. He and Dumont will be jointly responsible for overseeing FutureBrand’s consumer branding design team.