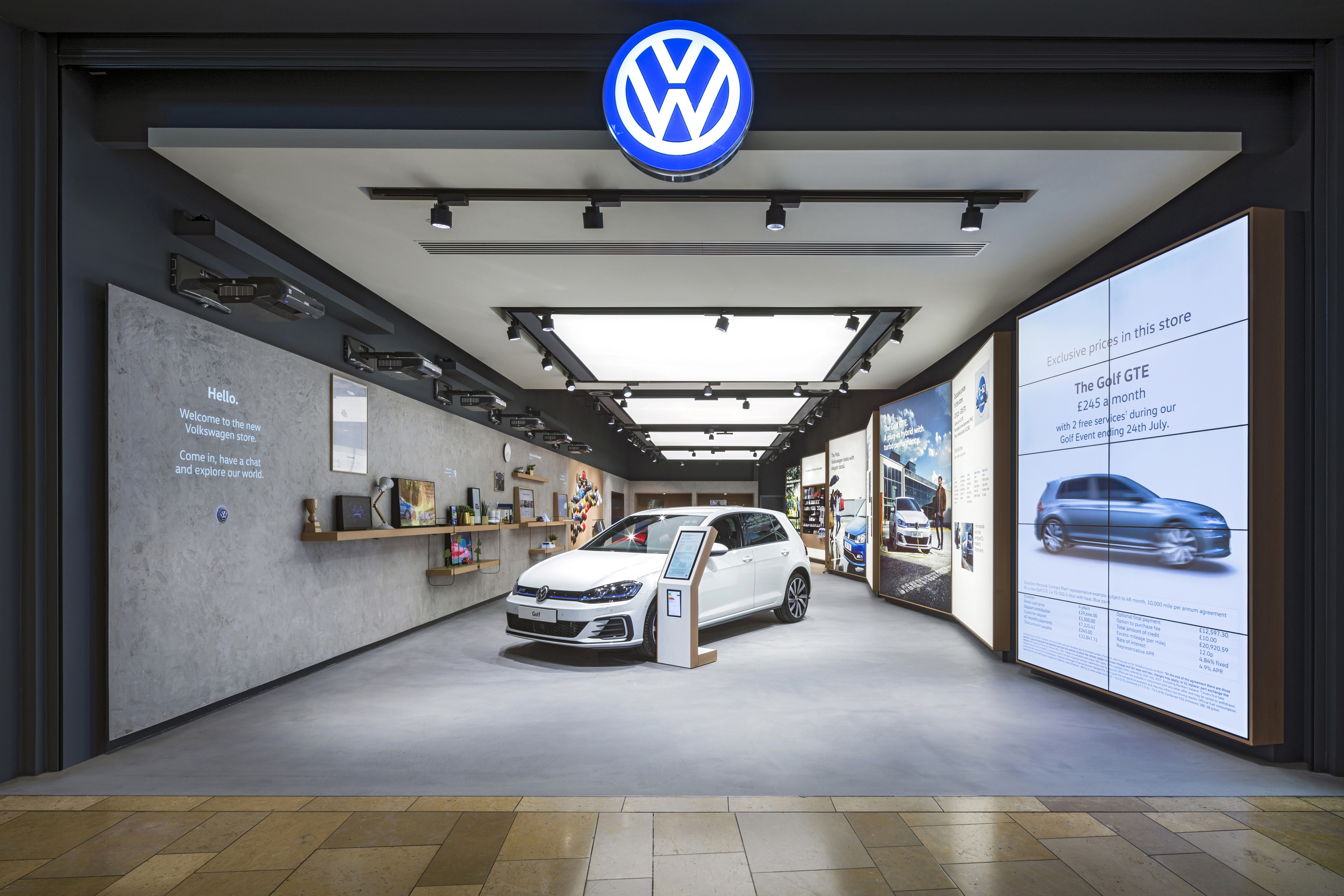 Dalziel and Pow has created a new store concept for Volkswagen, designed for retail environments.

The first is located in Birmingham’s Bullring shopping centre and offers a series of interactive elements, which put shoppers in touch with the full range of Volkswagen vehicles and options.

An open entrance, featuring a ten screen video wall begins a narrative continued inside the store connecting shoppers with the everyday life benefits of the vehicles.

Large scale magazine light boxes next to each vehicle have been integrated to this end and each model’s purpose is communicated alongside its history.

On the left hand side of the store, an interactive wall combining physical objects, film and animation, allows shoppers to explore the brand further.

The objects are arranged on shelves and when moved, set off videos showing VW stories and lifestyle movies. One of the objects, Volkswagen’s Car Towers in Autostadt, Wolfsburg, Germany, prompts illuminations and facts about the factory and manufacturing to appear on the wall.

On lower shelves children can interact with car models, such as a Beetle, which triggers an animation when its key is turned.

iPads around a central table allow customers to configure their own car and browse options, including colours and finishes. This feature gives way to a “big reveal” of their car shown on a large screen.

The whole experience has been designed “to remove barriers to purchase and to offer a simplified car-buying process”, according to Dalziel and Pow.

A few new models are held in store and customers can arrange test drives from the store, with cars brought to the subterranean Bullring car park. 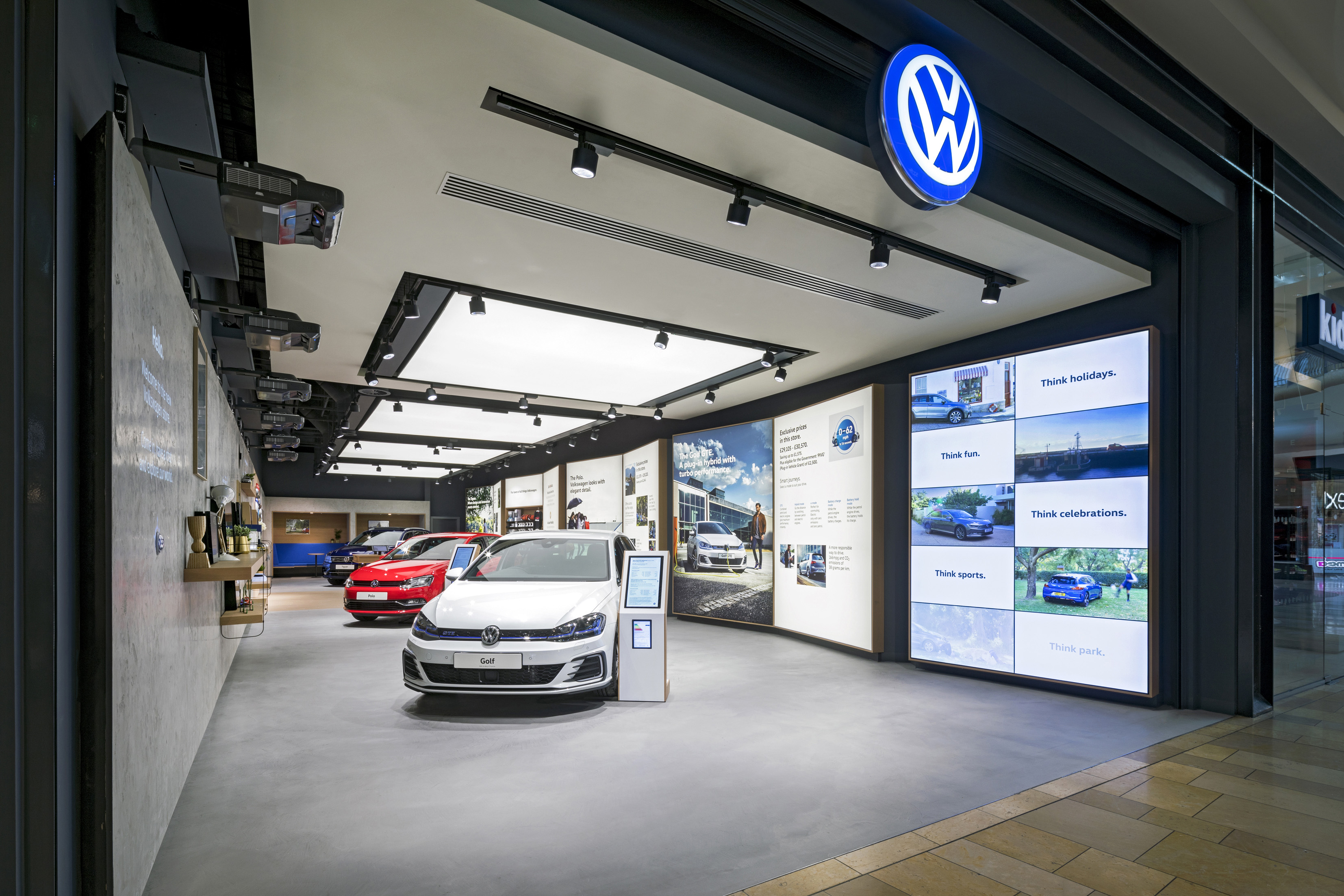 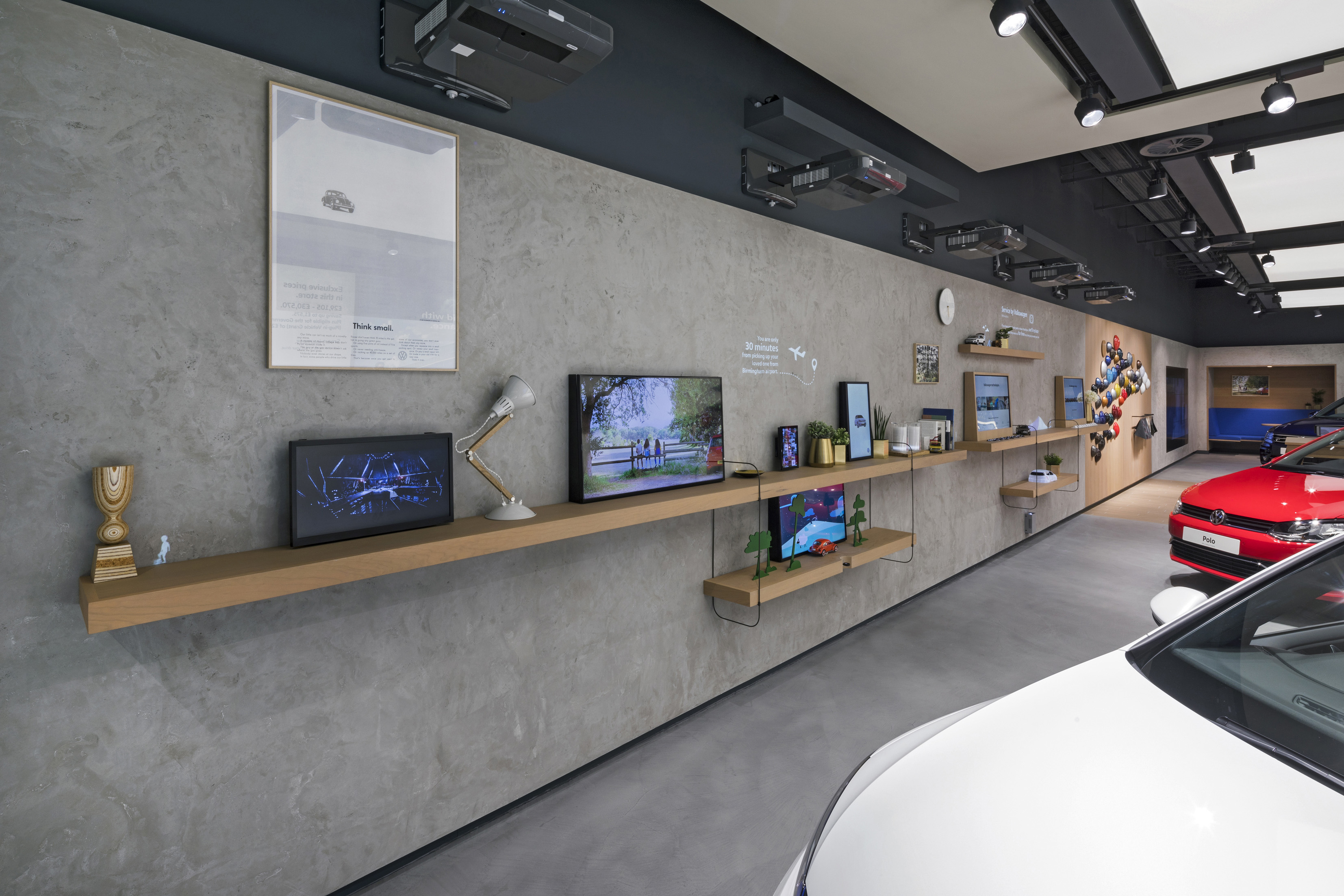 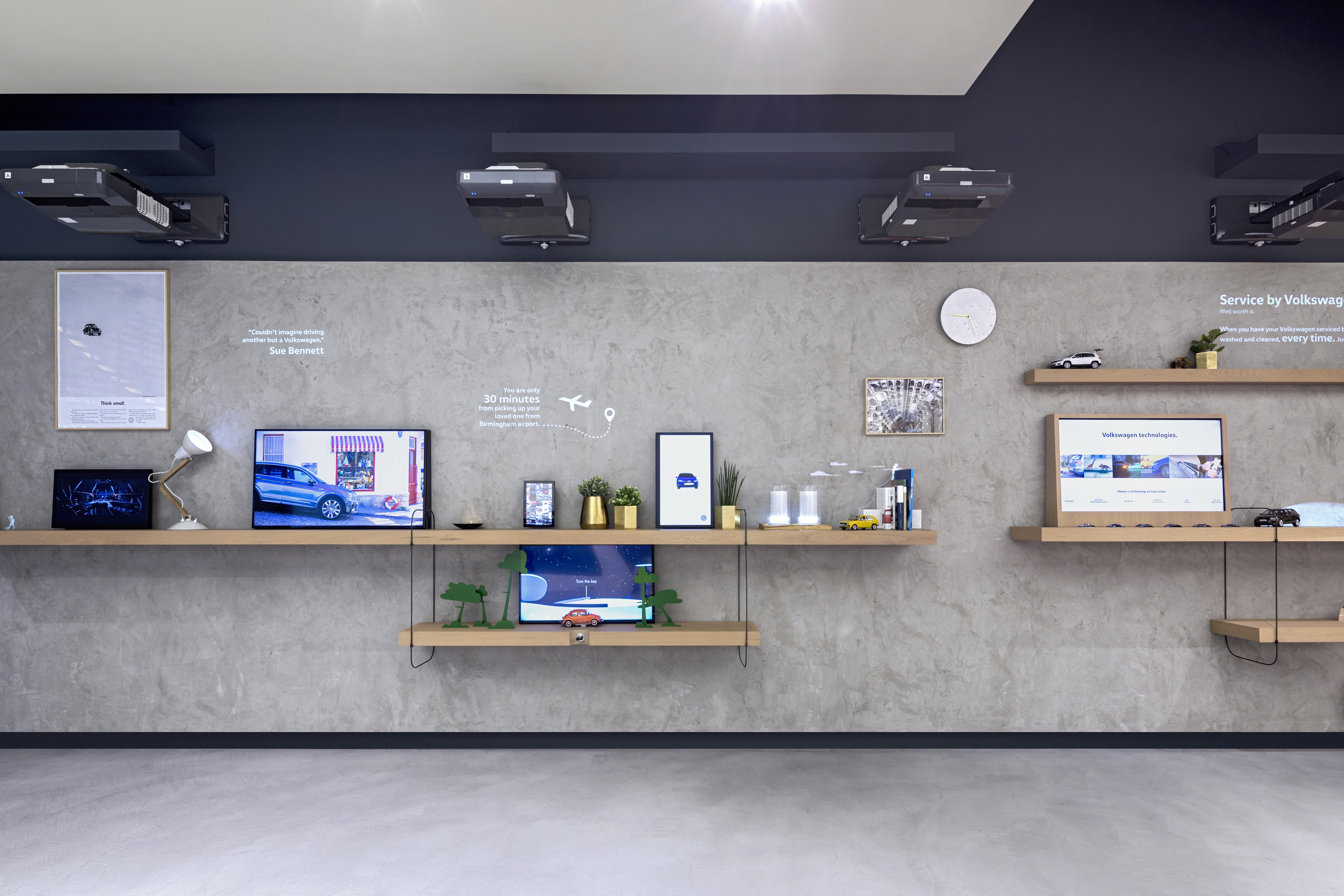 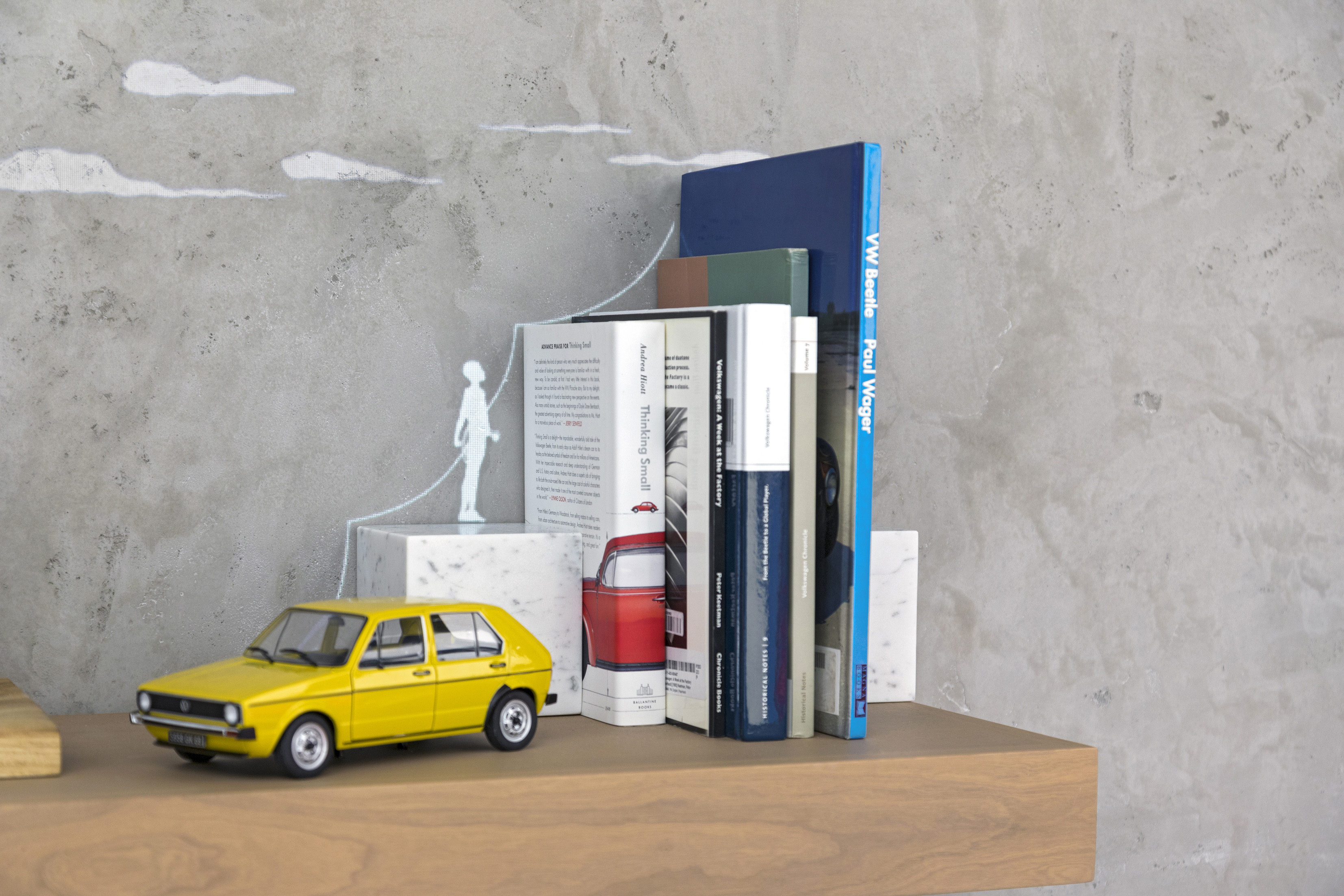 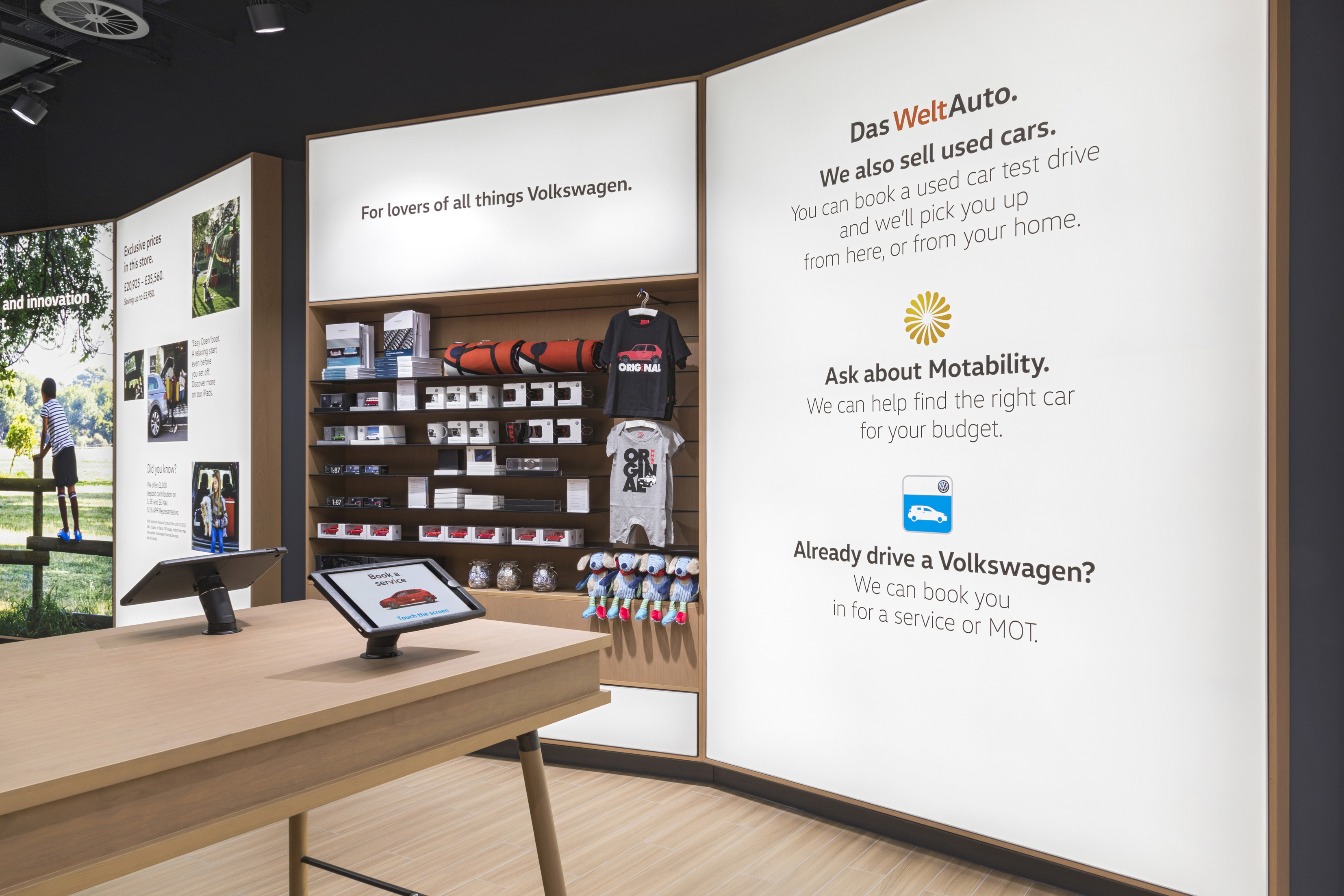 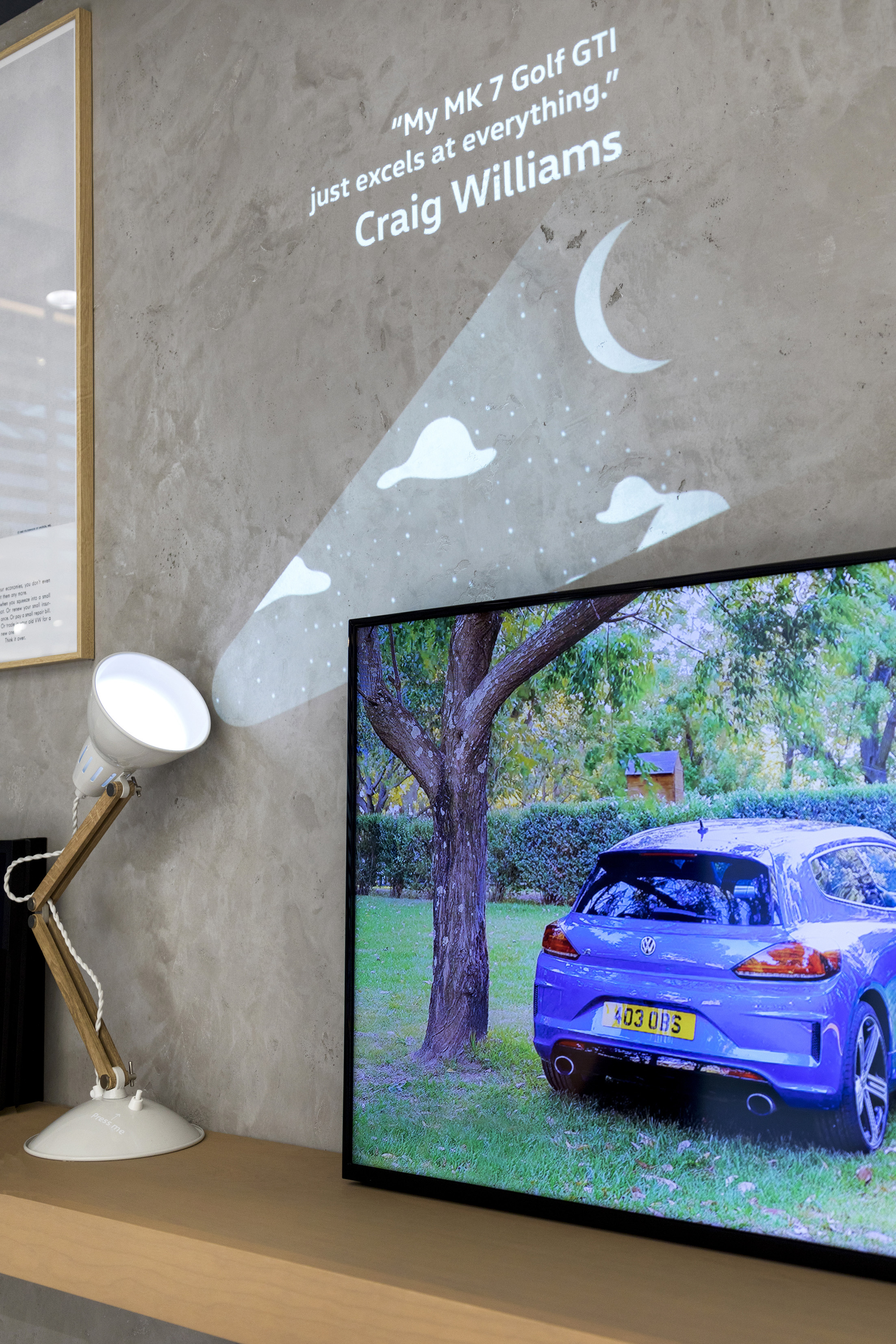 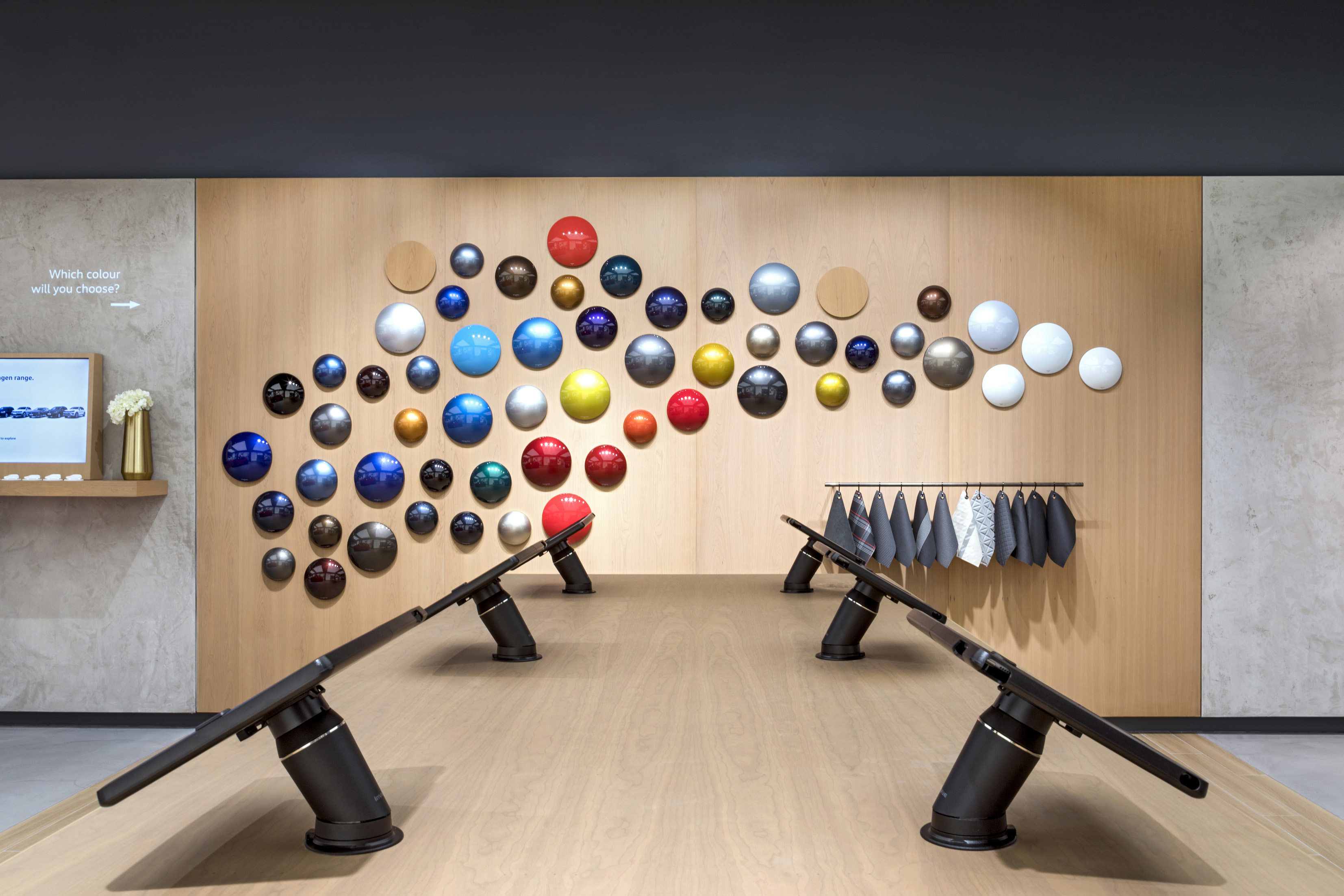 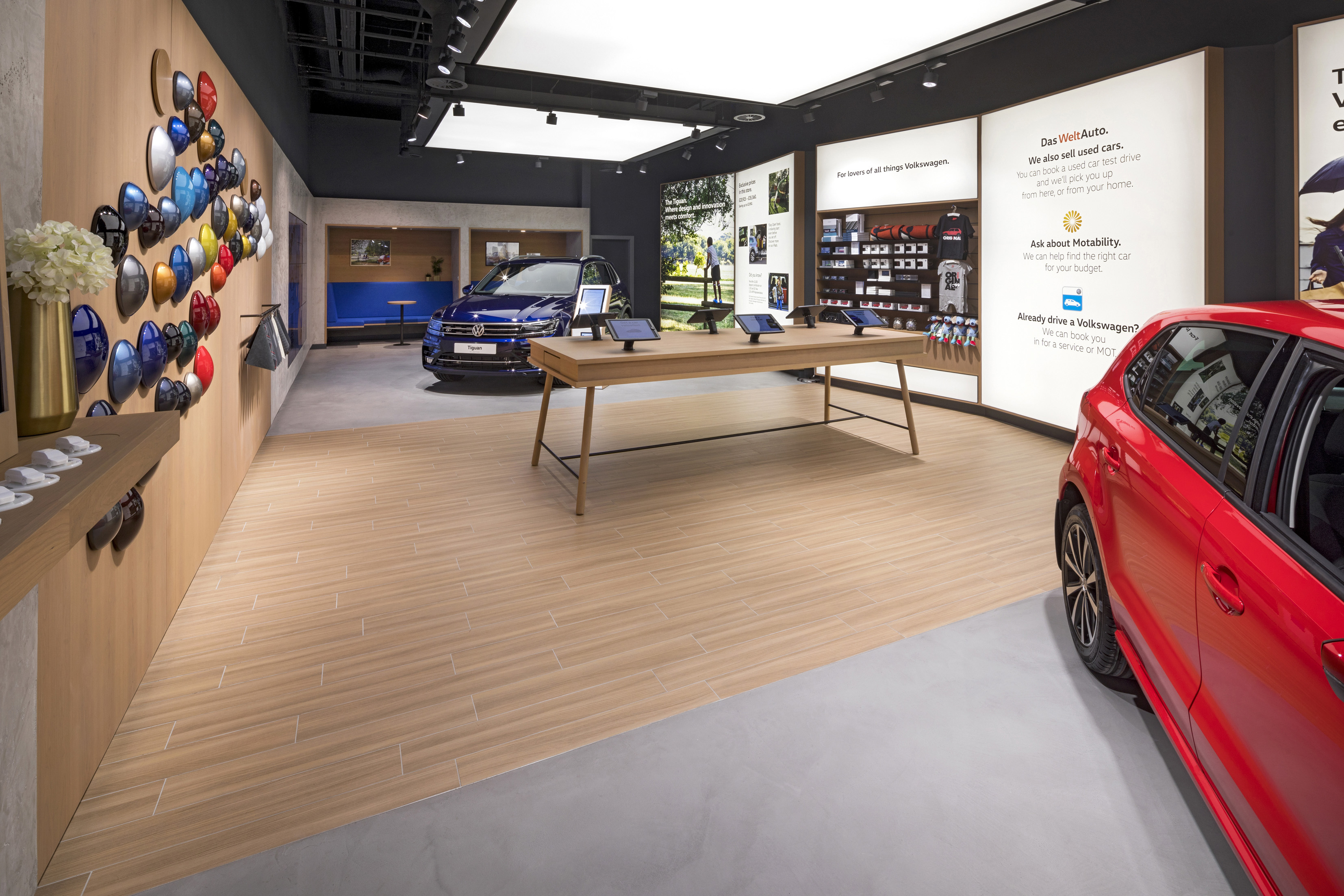 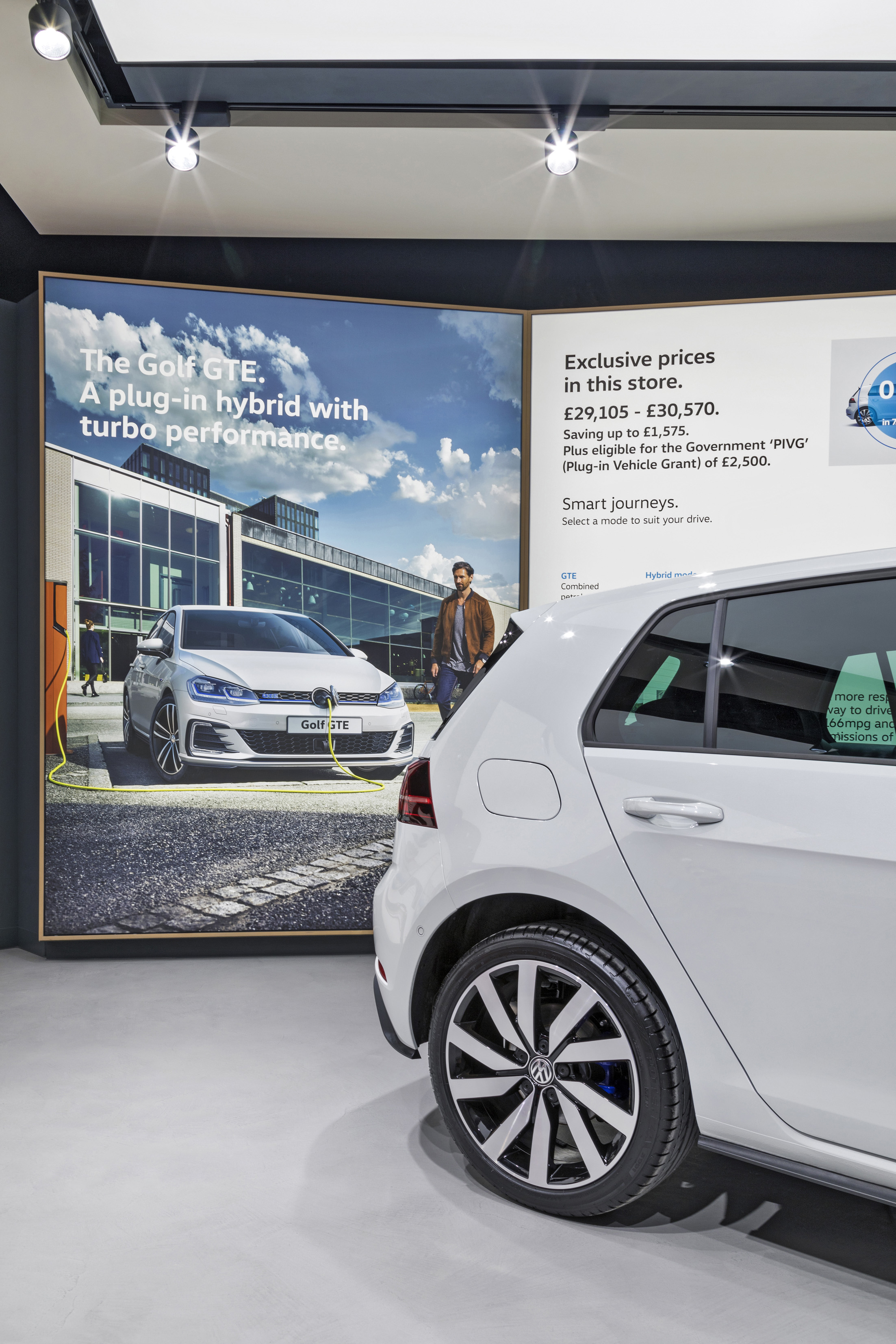