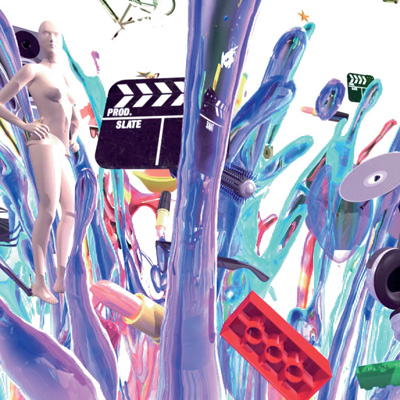 The channel, which is targeted at young women, features a mix of aspirational music and celebrity gossip programming and game shows such as Conveyor Belt of Love and Russia’s Next Top Model.

Red Bee Media was appointed in December 2010 following a strategic pitch and was briefed to provide strategic development for the channel as well as a new identity.

The new look, which launches next month, coincides with Muz’s evolution from a music channel to focus on entertainment, as traditional music TV begins to be usurped by online platforms such as You Tube, says Red Bee Media executive creative director Charlie Mawer.

The consultancy was briefed to include a rainbow spectrum in the new branding, an element that had preciously been used typographically, but not in Muz’s core identity, says Mawer.

The concept behind the identity is that the channel reveals a melting pot of pop culture and the latest trends, reflected by creating a liquid rainbow embedded with elements, such as TV stars and musical instruments.

Red Bee Media creative director Ian Wormleighton says, ’The spectrum that is bubbling away blows into these icons of popular culture.’

The consultancy has created the identity so that as the channel evolves, its in-house design team can update it with relevant icons.

Wormleighton says, ’With so many layers, the challenge for us is to keep the production values high, especially when new icons are built into the liquid in the future.’

The consultancy has also created a range of In Programme Pointers, which can be themed to suit the programming.

Ripples sculpture to be installed in south London