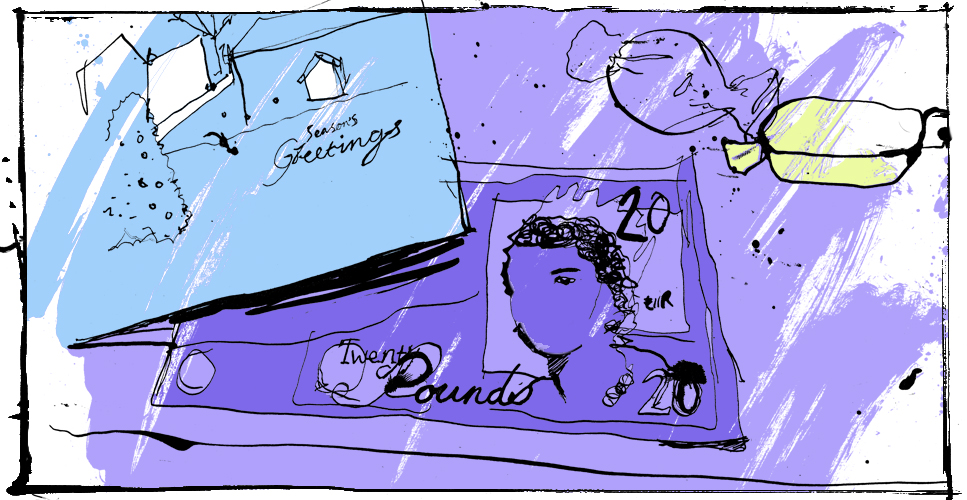 “…Time off…” Ben! Watch your mouth! There are children on this train! These are two dirty words, bringing about a total maelstrom of torrid emotions for anyone self-employed.

A few weeks before the Christmas break I shared a pint and a rant with a friend of mine who is a self-employed electrician. We complained about the enforced hiatus over the festive period.

Up until 2007, I always worked part-time in retail. This meant that I’d get Christmas day off work and Boxing Day, if someone would cover my shift, so I could travel to Yorkshire to spend it with the family.

Two weeks of rest – but without any income

Since the advent of my freelance illustration/art-direction career, I’ve gradually mustered the self-discipline and resolve to see the benefits of a break and learn how to bat away the voices of guilt, self-loathing and my accounts in order to regrow my motivation and lust for creativity.

Now that I’m at the mercy of the sheer noise of London, the Christmas break is an opportune time to flee for the Yorkshire hills to rest and do all the things I moan about not finding time to do all year; reading, writing more, watching films, reading books and taking lavish naps at whatever outrageous time I choose. Everyone is out of the office anyway and deadlines don’t usually apply until a few days into the new year.

On the other hand though, when everyone else picks up the usual January wages, I have to deal with a double blow of paying my tax and making sense of my Sudoku-like accounts following two weeks without any commissions or income, save for the £20 note that might be lurking in the odd Christmas card from my mum’s aunty. It will take a few weeks and a pile of work to get me back on the financial front foot.

Some years, cash flow is scattered in all directions for months thanks to the two-week dead-zone. You just have to rely on a hellacious pre-Christmas run and try to bank as much money as you can to bail you out of the shit when January’s rent payment comes charging at you, laughing as maniacally as a cartoon super-villain at your feeble excuses.

Since I mustered the courage to embrace the two-week festive downtime though, it’s been all about holding tightly onto the one massive, essential positive: rest. I’ve realised how that can be so much more valuable than the absent pay packet.

There was one year in particular, when I felt really burned out, to the point when I barely mustered any excitement upon confirmation of a commission for my dream client, WWE. That shocked and disappointed me to the point at which I started to question whether I was in the right line of work after all. Returning in the first week of January though, I finished the project with a brand new wave of giddiness and it turned out to be one of my strongest jobs to date.

Taking a moment to step back

It was over the two weeks of napping, eating and talking about other things outside of design that I realised I had lost sight of why I started drawing in the first place. My style had started to feel like a chart-hit: slightly mechanical, process-happy and all too formulaic, a common risk and by-product of complacency that comes with the need for consistency and recognisability in an oversaturated and impatient market.

During one light snooze, I kept waking up with rushes of adrenaline; the first stirrings of what would become an insatiable urge to make a mess with inks, paints and sprays just to see what happened. When had I last artistically challenged myself like this? If the commissions did not allow for such playfulness, then it was up to me to create the projects in which I could reengage with the toddler armed with wax crayons and fat tubes of paint that lurks inside all of us.

I meet many people who I teach at Central Saint Martins who have traded in that inner kid for the safety of corporate employment. Full of apathy, they sign up for the Enhanced Illustration course in order to start the search for that missing child. We’re all occasionally guilty of doing what is expected without deviation from the norm or a moment to step back. 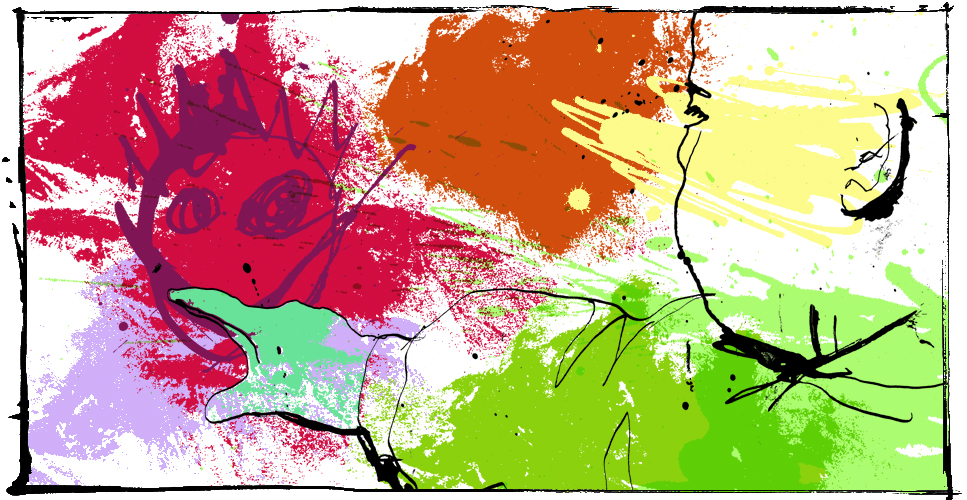 Yes, the two weeks without work is painful and damaging in the short term, but only by removing ourselves from the work dojo is it possible to see things as they are. So as 2016 is ushered in, as has now become customary, I’ll be taking time off instead of financing that Playstation 4 in the January sales, in order to inject that all-important passion into my art.

How this simple plastic shelter aims to provide refuge worldwide