Korean car manufacturer Kia has unveiled a new corporate logo and slogan as it prepares to reinvent itself for the future with a heavy emphasis on electric cars.

Established in Seoul in 1944, Kia is the country’s second-largest automobile manufacturer – beaten only by its parent company Hyundai.

Part of the so-called internal “Plan S” (where “S” supposedly stands for “shift”), the new, flat icon is comprised of a single line and sharp angles. It is a stark contrast to the company’s previous logo which was encircled in an oval.

“Becoming an icon for change”

The flat logo follows a trend set by several other car manufacturers. According to Kia, it has been designed to look like a handwritten signature so as to reflect the brand’s “promise” to consumers.

The company further explains that the unbroken line aims to appear “rhythmical” to symbolise Kia’s “commitment to bringing moments of inspiration”. Meanwhile its symmetry is supposed to denote “confidence”. The “rising gestures” are a way for the company to show off its “rising ambitions”.

Pictures and videos on the Kia website suggest the logo will soon be used on cars as a badge.

Design Week has reached out to Kia to uncover whether the logo was produced in-house or through an external agency.

“A period of rapid transformation”

Kia explains the logo is a symbol of its “new brand purpose”.

The details of this direction are set to be revealed in a follow up online event on 15 January 2020. The car manufacturer has said this will revolve around becoming a leader in the global car market, with a particular focus on electric cars.

“The automotive industry is experiencing a period of rapid transformation, and Kia is proactively shaping and adapting to these changes,” adds Song.

As per Plan S, the company revealed in 2020 that it will be aiming to produce 11 different fully electric vehicles by 2025. It is rumoured that this will begin in 2021 with a flagship electric coupe-SUV model, known internally as the Kia CV.

The new look has been teased for some time. Eagle-eyed designers first started guessing when it was hinted at in a Korean trademark filing in December 2019.

It was finally announced to the world today with a pyrotechnic display above the city of Incheon in Korea. The event saw 303 “pyrodrones” launching fireworks while revealing the new logo.

According to Kia, this set a new Guinness World Record for “most unmanned aerial vehicles launching fireworks simultaneously”. 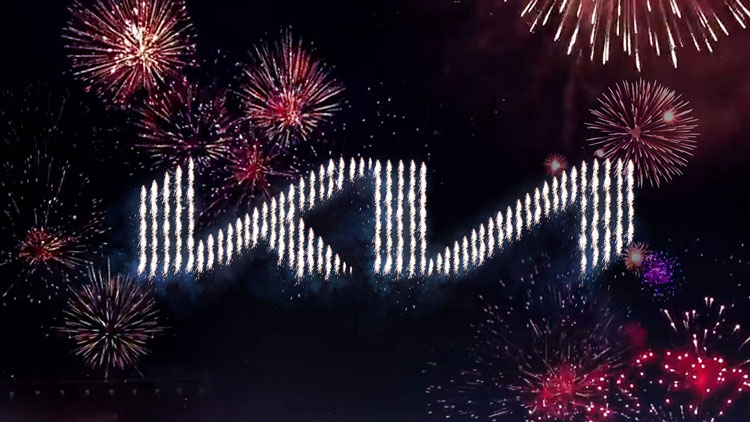 Pfizer rebrands to mark a “new era” of science and research