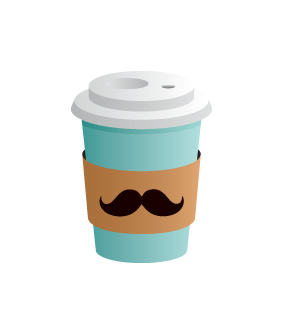 “Hipsters have been driving the specialist coffee market for a few years, and nothing symbolises the hipster better than a waxed moustache.

So our emoji represents not just any old takeaway coffee, but a hipster coffee – usually the best you’ll find in town!” 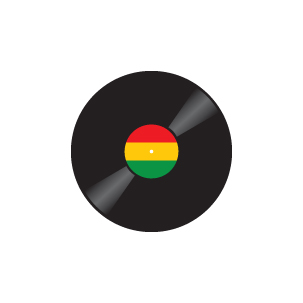 Besides, the vinyl record was missing from standard emoji sets – yet they have a minidisc? Vinyl is much more relevant to music lovers than the minidisc has ever been.” 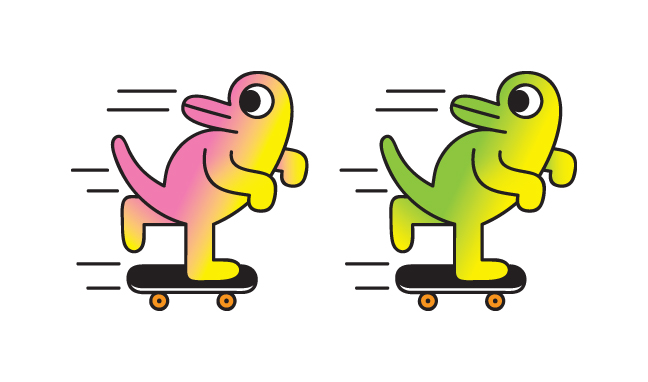 “For some crazy reason there isn’t a skateboarding emoji in the standard set, and I wanted to right that particular wrong.

So I created a skateboarding dinosaur that could be used by all of us skaters to succinctly communicate that we’re busy skating!”

John and Yoko, by Serge Seidlitz

“Is there anything that symbolises peace and love more succinctly than an image of John Lennon and Yoko Ono naked and cuddling? I’m pretty sure there isn’t.

So while this is clearly a John and Yoko emoji, it’s also a peace and love emoji.”

“In general emoji are very happy and positive, playing off good or quirky vibes.

Being a critical person, I wanted to create an emoji that was a little more harsh and showed one of the darker feelings that we all have sometimes.”

The Story of Emoji, by Gavin Lucas, is published by Prestel priced at £14.99.