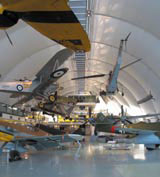 At least once in an exhibition designer’s lifetime, he or she will be forced to work with hard-to-display objects and spaces – the design world equivalent of working with children or animals. From large and unwieldy items to delicate, light-sensitive, living, priceless, smelly, ancient or tiny objects, museums and galleries are staging ever-more dramatic exhibitions in a desire to attract visitors and out-do the competition. And designers are having to adapt to keep up.

The Natural History Museum is installing a new leaf-cutter ant colony today in its Creepy Crawlies display. The Queen Ant had recently died, and with her the colony, and the museum’s design and installation team decided to revamp the tank. The process was the opposite of the museum’s usual approach to exhibits, explains exhibition officer Simon Caslaw. ‘We had to find a way to keep humidity as high as possible, whereas we normally extract vapour from our exhibits. And it’s ironic because we’re usually anti-pest, too,’ he says.

The team had to double-glaze the glass tank to prevent condensation forming, and design humidity-proof graphics for inside the case. It also had to learn about health and safety issues and read up on ant husbandry, adds Caslaw.

Elsewhere, Holmes Wood is working with the Historic Royal Palaces on a temporary exhibition at the Tower of London, Prisoners of the Tower (DW 15 January). Opening in April, the exhibition will examine the history of all the tower’s prisoners, displaying such fragile and valuable objects as Lady Jane Grey’s prayer book and the Episcopal ring worn by the tower’s first prisoner, a bishop, 900 years ago.

The consultancy is collaborating on the project with designer Gary Shelley, who has acquired particular expertise working with delicate materials from his former role at the Museum of London. One of his tasks is to ensure the display cases are inert – that is, they contain no traces of any chemicals that might react with the items on show.

‘With the manuscripts and prints in particular, you are only allowed to use a maximum of 50 lux, which is pretty gloomy,’ says Shelley. ‘And you must avoid light bleed from more strongly-lit objects nearby. Switching from dark to bright lights can be uncomfortable for visitors too, so the cases must be well spaced out.’

Unfortunately, working with delicate objects can compromise the aesthetics of an exhibition. ‘The specialist inert display case fabrics are usually in the worst colours,’ Shelley explains, ‘but working around restraints can be useful. It helps you make faster decisions and is part of the creative process.’

As the Tower of London is a protected site, the display units must be self-supporting rather than attached to walls or floors, says project manager Kristen Morrison. ‘Welding and drilling is strictly off-limits,’ she says. The exhibition is entirely modular and structured around display cases. These will have to be winched through a small window in the tower because they won’t fit up the spiral staircases, adds Morrison.

The ‘epic’ Daniel Libeskind-designed space is ‘an incredible challenge’, says Windridge. ‘Nothing is straight. The floor follows the natural curvature of the earth and the idiosyncratic exhibition space has a dramatic, sloping ceiling.’ The team will work with the structure’s demands rather than against them, he says. Nothing is allowed to touch the aluminium-clad walls so it is using free-standing ‘silos’, which echo those found in the museum’s main exhibition space. Some display cabinets containing delicate items – such as a football used in the trenches during World War l – will have to be air-tight.

Objects such as the football serve another purpose. ‘We wanted to humanise the exhibition as much as possible to contrast with the inhuman space. Many objects are human-sized and interactive, such as table football using soldiers instead of players,’ Windridge explains.

At the other end of the scale, objects don’t come much bigger than nuclear bombers – huge aircraft barely smaller than a Boeing 747. But these so-called ‘V-bombers’ – priceless artefacts – form the centrepiece of a forthcoming museum focusing on the Cold War.

The Royal Air Force museum, due to open in 2005 at RAF Cosford in the West Midlands, is the ‘first Cold War museum anywhere in the world’, claims Julian Gitsham, partner at architect Feilden Clegg Bradley, the practice responsible for the design and build of the museum and the exhibition space inside.

‘With objects on display of this size, you need to factor them into the design of the building itself,’ says Gitsham. ‘Some of the bombers will be suspended from the ceiling, so the structure has to be able to take the weight. They weigh 30 tons and will have to be dragged into the space by tractor.’ Gitsham worked in a similar way last December for the RAF Hendon exhibition Milestones of Flight, which also displayed priceless collections of aircraft.

The Cold War museum will also have to preserve the aircraft. It aims to reflect the ‘dark, brooding’ nature of the Cold War, when nuclear war was a constant threat. ‘We are creating an industrial aesthetic using unpainted steel and shafts of light,’ says Gitsham.

He is collaborating on the museum with designer Neil Potter, who is creating audiovisual ‘hot spots’ as well as working on content, orientation and display.

Outsized aircraft are one thing, but for Tim Molloy, head of design at London’s Science Museum, displaying abstract concepts in a museum context is more difficult than even V-Bombers. ‘Theories, issues and ideas are usually the most challenging things to exhibit. How do you interpret a concept like particle theory and engage people with visually interesting material at the same time?’ he asks rhetorically.

Molloy focuses as much as possible on interaction as well as working with artists, poets, writers, sculptors and craftsmen to bring abstract ideas to life. For example, the museum’s Wellcome Wing, which opened in 2002, houses a gallery on personal identity called Who Am I?. Molloy says he chose to work with US video artist Gary Hill on an installation to introduce the gallery that addresses the notion of identity.

‘Contemporary art helps explain ideas and concepts. You need a visual language to talk about science – we’ve worked with sculptor Anthony Gormley and illustrator David Shrigley, among many others,’ says Molloy.

Not everything in the Science Museum is abstract. Often a concept can be illustrated head on with an object. Elsewhere in the Wellcome Wing is a Euthanasia Machine which was used in Australia when assisted suicide was legal. As an object, it is ‘not particularly interesting – just a small beige box with some grubby acrylic tubing’, but the issues it raises are ‘hugely emotional and political’, says Molloy.

‘We had to think very carefully about how and where to display the machine. In the end, we dealt with it straight, presented it in a nicely lit case with a series of labels. We didn’t put it in context – it would have been impossible. Many of our exhibitions display things that change people’s lives, but look like stuff you find in your kitchen drawer,’ Molloy says.

Land Design was faced with an equally tough job injecting some excitement into a forthcoming exhibition at the Museum of Science and Industry in Manchester set to open in April, called ‘Discoveries that changed the world’. It investigates scientific developments in Manchester in the past 200 years through the work of four key scientists: John Dalton, James Joule, Ernest Rutherford and Bernard Lovell.

The consultancy was keen to bring the sometimes dry subject of science to life. Together with interactive specialist Hb:Source, it used an old Victorian optical trick called Pepper’s Ghost, whereby actors in costume are filmed and later projected on to street-scape backgrounds. They appear in miniature within the space and, according to Land Design creative director Peter Higgins, with real attention to detail you can even make them disappear behind scenery.

‘The aim is to encourage kids to think about science in a more interesting way,’ says Higgins. ‘Pepper’s Ghost is a captivating technique, especially for children. It’s rarely used now, and the client took huge convincing.’ But if Higgins can convince clients and children, then design has already won two of its toughest battles.