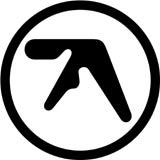 When you think about MP3’s possibly seismic affect on the music industry, chances are you hardly consider how design may be affected. MP3s and design don’t seem like natural bedfellows. However, there is debate within the design world about the impact of MP3 culture on music packaging.

Last month Coca-Cola launched Mycokemusic, an on-line service featuring music targeted at the youth market. In March the soft drinks giant is also scheduled to offer 20 million free tunes to be won by customers in a bid to increase interest in MP3 culture. Following the success of Apple Computer’s iTunes service, Pepsi and Tesco have also shown an interest in developing an on-line music service in the near future.

Music organisation the British Phonographic Industry suggests that sales of legal on-line downloads are beginning to overtake other musical formats, including cassettes, vinyl and DVD. The Official Charts’ Company recorded 150 000 legal downloads during January – with 50 000 occurring during the week that Mycokemusic made its debut.

Legal download sites are indicative of a growth in MP3 culture, a corporate certification of download culture. But a positive development for the music industry may have drastic ramifications for the design industry.

Mycokemusic’s print campaign was written and art directed by Mother and features the pixel- based artwork of design group Eboy, which has offices in Berlin and New York.

Scheduled to run during February and March, the printwork appears to be traditional but is, on closer inspection, clearly influenced by the characteristic design style of MP3 websites. But behind the traditional print opportunities available lies a subtle shift in perspective among designers within the music world. Influenced by a changing industry, plus nascent technologies, designers are looking at new ways to ensure that MP3s replicate and create a band’s identity on computer, phone and MP3 player screens. Jason Kedgely, a director at Tomato, offers some insight.

‘Record companies aren’t interested in design in the way that they were before. In the past, you could have bands that created their identities through design, like Peter Saville’s work with Factory Records,’ he says. Underworld, a band with close affiliations with Tomato, incorporates design that is specifically created for MP3s, rather than merely reproducing off-line design.

Using guerrilla marketing techniques to design digital artwork that is easily transferred from one person to another, Tomato and Underworld implicitly acknowledge that MP3s lack visual material. Available from Virgin’s V2 website, Underworld’s Born Slippy MP3, released in 2003, offers a number of options for fans to acquire artwork along with the music download.

There is a plethora of print material available on-line, including CD labels and booklets designed by Tomato that, as Kedgely says, ’embrace the digital format’. The design group also offered alternative cover artwork that appeared for a limited period on-line, and was then replaced by other designs, giving fans the opportunity to download a variety of images. ‘The way we’ve approached it is to give artwork to the audience in a number of ways,’ explains Kedgely. ‘Nowadays, people are more likely to do there own thing and pick (the) design and artwork that they want.’

Although this solution is logical, not all those involved in the design industry see uploading artwork as a viable long-term solution.

‘I’m not sure how valid on-line artwork will be in the long-term,’ offers James Burton, production manager at Warp Records. ‘We find that when the music goes on-line people download what they want, ie the music. Occasionally, you’ll get people who’ll see the value of having a well-designed package in the hand, but for others the artwork really doesn’t matter.’

Warp soft launched Bleep.com, a website designed to sell Warp music on-line last year (DW 18 December 2003). Created by The Designers Republic, Warp’s aim was to differentiate its on-screen offer from rival brands. ‘Design-wise, you’re going to have to separate yourselves from others,’ Burton explains.

Burton believes a key way to achieve this is to build a band’s brand identity, through symbols primarily, allowing a band’s meaning to be channelled through a small space.

‘Logo design is important. Aphex Twin and Plaid have a logo and this will become very important in the future because as music moves increasingly on-line you’re going to have to separate yourself from other musicians. This will be about distilling ideas into a very small space on a screen, making your MP3 [file] look different,’ says Burton.

One of the four founders of Eboy, Kai Vermehr, agrees. Convinced that artists will increasingly turn to a visual identity in order to individualise their MP3 presence, Vermehr believes that ‘on-line, there will be far more icons to represent music’.

More radically, Vermehr identifies moving image as a key development in the evolution of music packaging. At The Designers Republic, founder Ian Anderson has put the moving image to use in this context. Commissioned by Drei, Hutchison 3G’s outpost in Germany, The Designers Republic created a ‘chaku’ movie (a Japanese image that moves in synch with the sound of musical ring tones). Citing ‘animations on phones and screens’ as one way in which packaging will evolve to suit MP3 culture, Anderson is loathe to describe MP3 design as a concern, choosing to see it as a natural evolution instead.

Although MP3 culture is growing, it is part of music consumers’ format choice, rather than a replacement for CDs and vinyl. The designers applying themselves to MP3s are seeing this as a new challenge, rich with opportunities, not one that cannibalises existing music package design.