DixonBaxi has rebranded streaming service Hulu, in an attempt to unify the platform’s offering and remove inconsistencies from the brand.

Founded in 2007, US-based Hulu is a video on demand subscription service, akin to Netflix or Amazon Prime.

Hulu has a broad offering of films and TV shows, but its brand had developed inconsistencies over time, according to DixonBaxi. After completing a rebrand for Pluto TV, the studio was approached to simplify the platform’s identity.

The central feature of the new look is the Vessel, according to design director Astrid D’Hondt. A graphic device, the Vessel concept is inspired by the idea that Hulu is a vessel through which people can engage with their favourite shows and films.

The rectangular graphic gets its rounded corners from the similarly stylised “u” in the Hulu wordmark. The design concept often appears in Hulu’s signature green brand colour and can be used in a lockup with the wordmark or in other communications, however it is found in other colourways too. 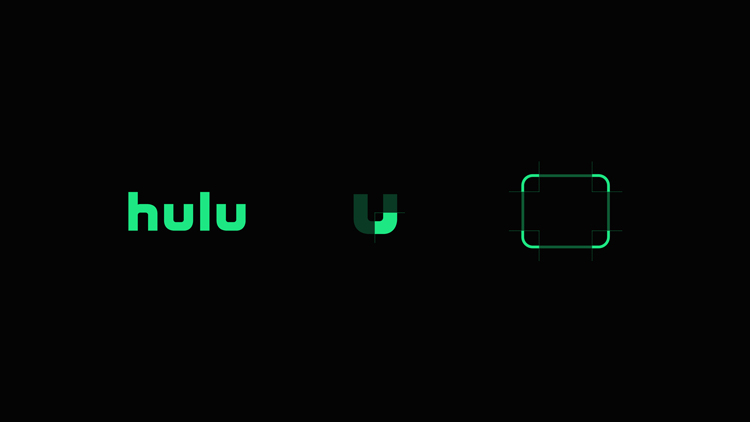 A brand film, for example, sees it surround characters in different TV shows, while in-app it can be used to highlight buttons and phrases. D’Hondt says the concept has been stretched “in every direction, from expressive to discreet”.

“It is threaded through every aspect of the experience and creates a powerful visual signature,” says D’Hondt. “Its simplicity is its strength – it becomes a guide through the product, a messaging system in social and marketing, and a way to spotlight Hulu Original content.”

This Vessel is paired with a new “waffle-free” tone of voice, the studio says, which has been developed to “make people think twice”. Across out of home advertising, social media and other brand communications, this voice uses “punchy headlines” that are “optimistic, charming and cheeky”.

However as the studio further points out, this same voice is “dialled down” in-app, so as not to cause distraction and ensure that “every word counts”.

“A new set of design principles”

The Vessel concept was designed with flexibility and consistency in mind, D’Hondt says, since creating a design system that unified the entire customer journey was one of the project’s “main challenges”.

Beyond the Vessel graphic, consistency has been achieved through typography and colour, she says. Whereas before the brand was using multiple typefaces, the typeface Graphik is now used across the brand marketing and product experience exclusively. 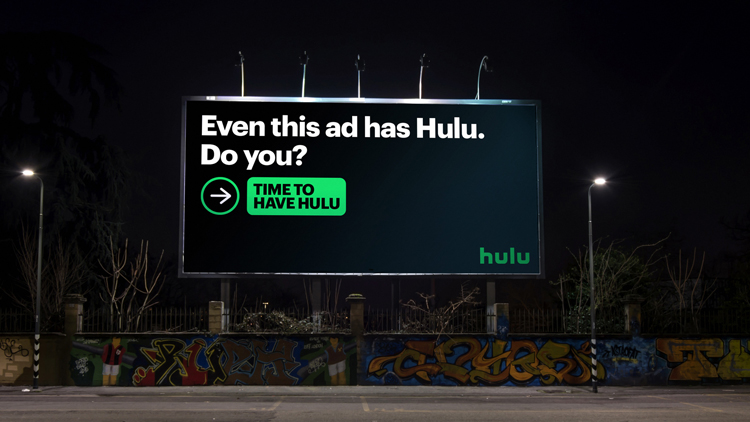 “Colour was a huge one too,” says D’Hondt. Hulu’s green colour is a “key differentiating element” for the brand, she says, and the studio was keen to keep hold of this feature which it saw as having strong brand equity.

“We wanted to keep hold of these elements, learn from them, while developing a new story, a new set of design principles and a system that brought brand and product together like never before,” says D’Hondt. Other newly introduced brand elements include a sonic identity – designed with Zelig Sound – and motion language. 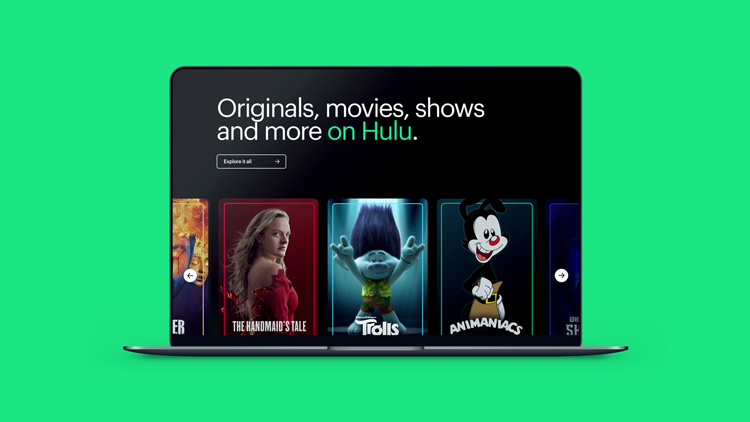 But as she admits, green isn’t always the easiest colour to work with over imagery and footage.

For this reason, while the Hulu logo is “always proudly green” across the whole brand, balance has been added elsewhere.

“When you log into the app, you get a vibrant experience which celebrates the colour of the show and content,” D’Hondt says. “We took this as an opportunity to inject extra colour into the marketing and campaigns as well, to create further connections across the different touch points across the brand.” 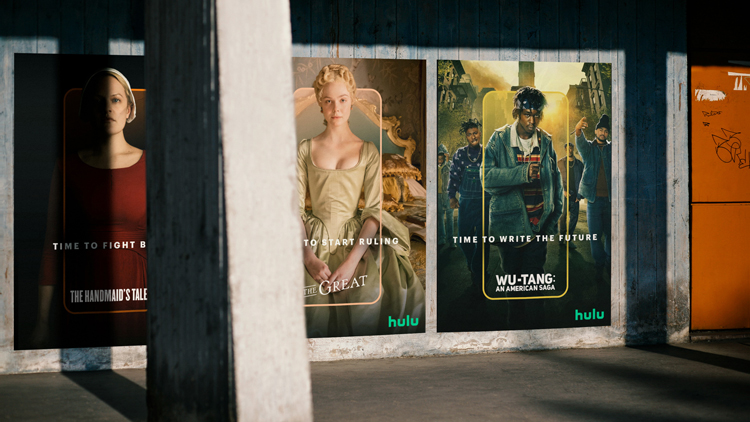 All of this was done while closely working with Hulu’s in-house creative team, known as Greenhouse.

“From the start, we worked with Greenhouse as well as strategy, product and marketing teams in LA – it was a truly cross-functional collaboration,” D’Hondt says.

What do you think of Hulu’s rebrand? Let us know in the comments below…