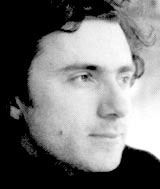 The fortunes of exhibition designers and in-house museum design teams are mixed. On the one hand, the museum sector is buoyant and large design jobs are landing at consultancies’ feet. But on the other hand, leading insiders are sounding the death knell for in-house design teams.

Science Museum head of design Tim Molloy believes the days of large internal design resources at museums are numbered. “We need to work with outside designers all the time. It is invigorating and challenging for me and brings fresh views to all our work,” he says.

A cursory glance at recent project wins seems to back this up. The Victoria & Albert Museum has added Johnson Banks and Event Communications to its roll-call of designers. The British Museum has appointed At Large to create its autumn show (DW 29 March). And the Imperial War Museum has shortlisted four consultancies to create its permanent exhibition, Genocide.

Museums can, in theory, expect small windfalls later this year as a result of the changes to Value Added Tax. The new rules enable all 17 Government-sponsored museums, such as the British Museum and the V&A, to offer free admission without incurring hefty tax bills, from 1 December.

Museums, such as the British Museum, that have remained free all along will be able to claim tax back on running costs and purchases, according to the Art Fund, the charity that led the free entry crusade. All museums, including those that currently charge, will make hidden savings from reduced administration costs in trying to maximise revenue, says a spokeswoman.

She suggests an institute, such as the British Museum, at the top end of the scale could save around £1m, and a gallery the size of Tate Britain could land around £400 000, which is the overall exhibition budget of the Imperial War Museum.

A Department of Culture, Media and Sport spokesman agrees the tax changes have removed a “major stumbling block” for museums, and could bump up their coffers by “a few million a year”.

The Government’s grants to museums will still exist (the V&A receives £30m a year) and it will compensate institutes that abolish entrance charges. But a V&A spokeswoman says, “We are disappointed that, in common with other [museums], there will be no increase in the baseline grant.”

The major benefit of the VAT changes, she says, is that museums will not be penalised financially for allowing free admission, which, in turn, should boost visitor numbers. Molloy agrees the changes are less about the money and more about getting people through the doors again.

However small the financial benefits of the tax changes, they will be welcome. And fewer commercial restraints on museums means they can afford to be braver in terms of creativity, says the Art Fund spokeswoman. The signs are that it is already happening and that it is external, rather than in-house, groups that are scooping the work.

The V&A says museums are increasingly turning to design to woo back audiences put off by charges. “It’s all about presentation these days, about galleries and exhibitions looking gorgeous as well as having great content,” says a spokeswoman. Bob Baxter, director of At Large, which is designing the British Museum’s Unknown Amazon exhibition, agrees visitors are becoming more visually sophisticated.

V&A director of major projects Gwyn Miles says design has played an integral role in the museum’s galleries and exhibitions for the past 15 years. For example, as far back as 1991, it commissioned Rodney Fitch to design its Choi Galleries.

Miles says there was a period in the mid-1990s when the V&A favoured its in-house design teams, which created the much-fÃªted William Morris show in 1996. Now it is increasingly turning to external design groups to lend its galleries something “distinctively different”. Molloy adds that creative commissioning of external design groups, rather than in-house teams, by those in positions like his, is essential to set the vision for a particular project. It can often mean looking beyond exhibition specialists.

“Dedicated exhibition designers can bring best-practice standards, but also repetitive work to the job, whereas commissioning a less mainstream designer, not normally associated with exhibitions, can add an unusual, witty touch to a project,” he says.

He cites his “brave, far-sighted” commission of “at-the-time renegade” designer Ben Kelly in 1995, whose best known work around was Manchester’s Hacienda club, to create the museum’s Children’s Gallery as an example.

“At the Science Museum, we are often dealing with intangible concepts, such as chaos theory, rather than artefacts. This requires devices such as interactive and multimedia design to get across the message without resorting to clichÃ©s,” says Molloy.

Designer Thomas Heatherwick, who created BrandNew, says the trend towards external design consultancies scooping museum work is on the up.

But being “brave” and forward-thinking about design in a museum environment for its own sake is a big turn off, he says. Increased competition in the sector has led to a trend towards museums-as-pure-entertainment. But for this more imaginative approach to work, there has to be a reason behind it, he says.

“It goes hand-in-hand with what is happening in retail design, whereby you have to be innovative and imaginative at all costs,” says Heatherwick. He says the public is quick to dismiss something as “boring” without realising that there might actually be a reason for a less in-your-face “innovative” design approach. “BrandNew was an interesting challenge as it became a half-way house between a retail environment and traditional gallery space. It was about something people were sick of – brands – so I had to make it interesting by showing dirty, distressed images of the brands where possible.”

Heatherwick says established museums such as the V&A have an advantage in being labelled “traditional” as they can surprise their audiences with shows like this. And that, in turn, shows the museum’s “normal” artefacts in a better, more interesting light.

Whether external groups or in-house teams are recruited to individual projects, there is still a lot of design work up for grabs.