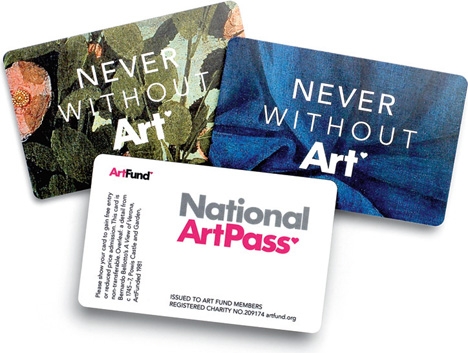 Consultancy 101 is working on the website and app for the Art Fund’s National Art Pass, having designed the pass and developed the campaign to launch it.

The Art Fund is an independent body that aims to buy and save art for museums and galleries across the UK. All its funding is privately raised.

Mark Elwood, founding partner of 101, says the consultancy was appointed to the work directly in January. He says, ’They knew they wanted to launch something under the name of the National Art Pass, but they hadn’t worked out how to brand it and how it should link to the Art Fund.’

He adds, ’We had the idea that the core of the National Art Pass should be the idea of having the key to art in your pocket.’

101 has designed and art-directed the pass itself, as well as branding the scheme, designing membership packs and working on launch materials that include digital and poster advertising. The campaign goes live on 7 May.

Elwood says, ’Most membership cards feature one piece or painting on each card. We didn’t want that because if you don’t like a certain piece you’re stuck with it on the card. Also, the Art Fund supports a huge range of works from Sandro Botticelli to modern pieces.’

He adds, ’We’ve focused much more on texture and used really tight crops of the works on the cards.’

Elwood says 101 is now working on a new website for the scheme and is hoping to team up with a specialist consultancy that will develop an app ’to reinforce the idea of never being without art’.

’Never being without art’ the National Art Pass