Digital challenger bank Monzo has unveiled the visual identity of the newest addition to its portfolio, Monzo Business.

The look for the new platform of the bank was designed by London-based design consultancy Studio Output and aims to communicate the “simplicity and magic” that users have come to expect from the brand, according to founder and client director Rob Coke. 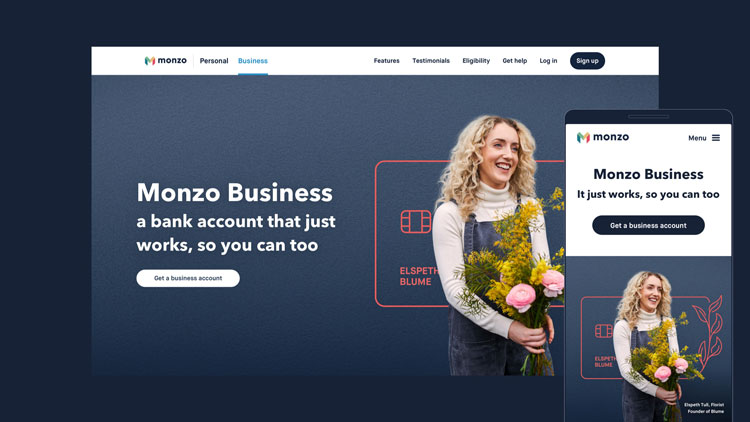 Having already designed some of the core components of the new brand in-house, such as the logo and debit cards, Monzo approached Studio Output with a brief to create a “broader visual identity”.

With users largely turning to digital banks for the simplicity, Coke tells Design Week that it was necessary for the Monzo Business visual identity to similarly convey how much easier it could make professional’s lives.

“[It needed to] communicate the simplicity and magic people have come to love about Monzo, and the trust and reassurance businesses need from a bank,” he says, adding that it also needed to appeal to an audience that might previously have not heard of or engaged with the brand. 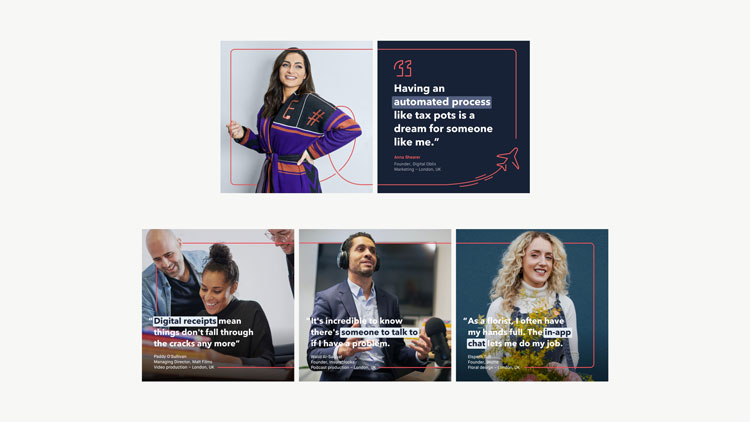 To do this, he says the team focused on telling “visual stories” which featured real customers, rather than obvious testimonials, which, according to the brand’s audience research, people tend not to believe.

“We showcased rich stories about Monzo Business customers, letting them explain how smart tools and features have helped them,” he says.

To link these visual stories and create a holistic and “relatable” user experience, the team created an “adaptable thread device” derived from the signature “hot coral” colour of the Monzo debit card.

“The thread extends and grows, forming illustrations that communicate something about each customer’s business,” says Coke. “This helps to frame photography and link the customer to a testimonial or feature they’re discussing.” 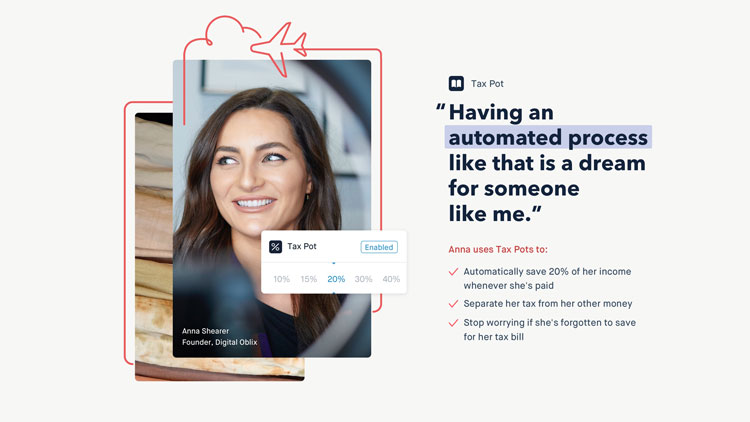 Sitting underneath the Monzo umbrella

The team were given “fairly free rein” to explore and push the Monzo Business identity as they saw fit, but ultimately it needed to sit underneath the Monzo umbrella.

Elements like typography and the core dark blue and coral colour palette were brought over from the existing brand identity, because “anything else just didn’t feel like Monzo”, he adds.

While several elements have been designed with sensitivity for the overarching brand, Coke says where the brand really comes into its own is on the website, which was designed by the in-house Monzo team with the brand guidelines set out by Studio Output.

“Visual cues like the debit card shape drawn by a thread are intended to signify that this is a proper bank account with a physical card, and these are business owners telling their own stories,” he says. “It was important for people to understand that this is Monzo, and it’s for business owners.” 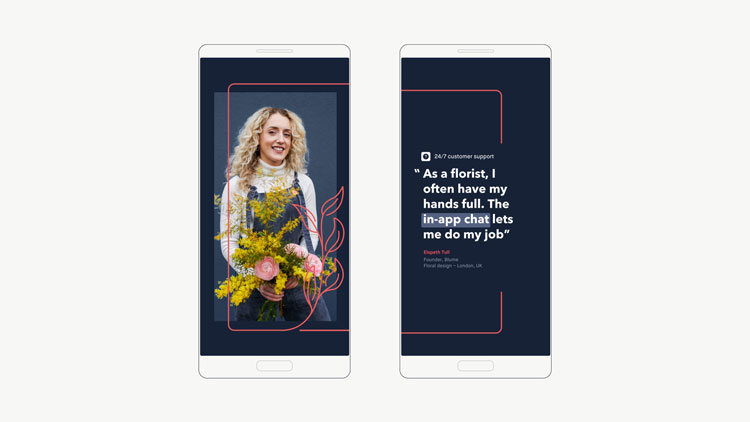