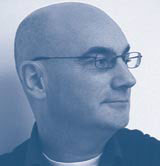 In a recent Vox Pop (2 December 2004) a number of prominent design-world figures were asked if ‘design receives enough coverage in the national media… And is it of the right kind?’ The only conceivable answer to both parts of this question is an unequivocal ‘no’. Design has a dreadful media image: when the word ‘designer’ is prefixed to anything it’s usually as a term of opprobrium, with corporate image overhauls routinely mocked for their cost and alleged fatuousness. Yet only one Vox Popper (Design Council deputy chief executive Harry Rich) thought design received a bad press.

Jez Frampton, chief executive of Interbrand, was more optimistic: ‘Journalists talk specifics,’ Frampton noted, ‘and on that basis design is well covered; consider the Gherkin and the iPod. Our task is to focus minds on the economic benefits of good design, and so raise our importance on the corporate agenda.’ Here, Frampton defines the reality of design coverage in the mainstream media. First, design is only mentioned when it is genuinely remarkable (viz ‘the Gherkin and the iPod’), and second, by focusing on ‘the economic benefits of good design’, designers have turned design into a bland entity that no one outside of the non-design world is interested in writing or reading about.

Frampton’s tone was echoed by Steve Collis, joint managing director of JHP. Collis said ‘current media coverage of design is plentiful and positive’. He urged designers to ‘carry on producing bespoke effective solutions – not decoration – and our friends with the potentially poison pens should stand by us.’ But the problem is it’s the ‘decoration’ that gets the coverage, and the ‘bespoke effective solutions’ that gets poison dripping from pens.

Rich acknowledged benefits of design covered in the ‘papers and on TV’, but he observed that ‘too often we are faced with the unhelpful stereotype of design as quirky aesthetics, marginalised to the arts pages. There’s a long way to go until the business pages recognise the role of design as a core driver of business growth. We’re working on it.’ Well, good luck Harry, but I can’t help noticing that it’s the ‘quirky aesthetics’ that journalists want to write about, and that the ‘design-as-core-driver-of business-growth’ argument doesn’t get a look in.

Consider what is actually written about. Besides the Gherkin and the iPod, in recent months a wealth of coverage has been given to Future Systems’ Selfridges store in Birmingham; the work of designers Tord Boontje and Thomas Heatherwick is regularly featured in newspapers and on TV; and Peter Saville’s show at The Design Museum and Daniel Brown’s interactive work have both received lavish coverage. We can dismiss all the above as ‘quirky aesthetics’ and ‘decoration’, but it is almost the only aspect of design that interests mainstream newspapers and TV stations. Perhaps design can do without a good media profile? But if that’s true, then design is the only profession other than international espionage where a good media profile is not seen as advantageous. Surely we’re all agreed that it would be desirable to have design eulogised in the national media? Surely this is the most effective way to get the business world to take notice?

Now, I’m not saying that the business-focused argument is wrong. Good design is an essential factor in business success. It’s just that no one is interested in reporting or commenting on this. Yet rather than pleading with business to see the benefits of design, think how much better it would be if business was to see design treated in the media as a cultural force that people actually want in their lives. You only have to look at the way big business has latched on to the sponsorship of contemporary art. Business can see that contemporary art is a cultural force with real impact and kudos, and it wants to harness its cultural clout.

But this won’t happen to design while we continue to advance the purely business-focused argument. Nor is it necessary to abandon the economic argument: rather it is about combining it with the aesthetic and cultural argument to make a powerful cocktail that journalists and readers will find irresistible. If we want business to come courting design, we must abandon the single-note message that design is only a business driver. Odd then, that most of the design establishment is so keen to keep flogging this particular dead horse. It’s clearly time it was sent to the glue factory.

I Love Dust and Riba to aid Asia