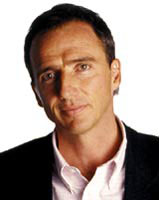 Landor Associates made nine staff redundant from its London office last week as part of a move to re-deploy jobs across its global network.

The nine include four designers, three account managers, one new-business person and a member of the digital team.

According to Landor London managing director Charlie Wrench, a change in the consultancy’s dealings with its Middle East work, worth some £900 000 a year to the consultancy, is largely responsible for the job losses.

‘Last year virtually all the business in the Middle East was handled through London,’ he says. ‘Now we have 15 people there.’

Among the reasons for handling the Middle East business locally are the need to respond quickly to client requests and the fact that cultural differences are better handled within the region, he says.

He insists the consultancy has not lost any business and still has the same top ten clients as it did four months ago. He adds though that there is ‘greater reticence’ among clients to get sizable projects approved.