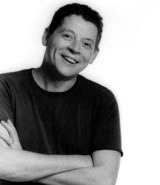 In a recent survey of 250 senior marketing decision-makers, 46 were asked specifically about the manner in which they bought the services of design consultancies. The first thing confirmed to us was that when a client has a project it is putting out to pitch, it usually meets with four or five consultancies for what we termed a ‘beauty parade’. At this stage, the design groups may or may not know that there is a brief available. The client then whittled this list down to three or four for the final pitch.

If it already has a roster of designers, which 28 per cent claimed to have, then six out of seven of these saw consultancies that were not on the roster at this stage of the process. The fact that a designer was on the roster had an influencing factor of 37 per cent above those not on the original roster when the decision about which group to actually appoint was finally made.

So being on rosters is important, but design consultancies that are not on rosters should still pursue work from clients that operate a roster system.

The most important factors in determining which consultancies to meet at this crucial stage were: past experience of having worked with the consultancy; referral from a colleague and; a timely approach from the consultancy. Bottom of the list of influencing factors was a referral from an agency selection company and then, information from an industry body.

At this stage, the clients were interested in having informal discussions and seeing the design group’s credentials. Forty-eight per cent said the ideal credentials presentation should last 15 to 30 minutes, 24 per cent said 30 to 45 minutes, 22 per cent 45 to 60 minutes, with the remaining 7 per cent wanting it to last over an hour.

So, what were the clients looking for at this stage when deciding how to whittle this list down further? Not surprisingly, showing an understanding of its market was most important, followed by the professionalism of the presenter. Next was the consultancy’s experience, followed by the personality of the presenter. Very surprisingly, promptness was deemed to be more important than both the designer’s client list or heritage.

Following this, those design groups that followed up with a document providing further evidence of their suitability were more successful than those who simply wrote a thank-you letter, but without even a thank-you letter, a consultancy’s chance of getting through to the next round was seriously hampered. Don’t bother sending pens, mouse mats or other giveaway items; they have a slightly negative influence.

Having selected those lucky groups to pitch, what are the factors that influence their final decision – what are they looking for?

The most important factors were: answering the brief; understanding the brief and the big idea. Next came challenging the brief; the pitch team and then cost. Working practices and (again) promptness then followed. Trailing in at the end, but of some importance were such factors as: the order of the pitch; time of day; location and whether the company was part of a network.

Here I must add that for some people interviewed, being part of an international network and location were prerequisites for getting on to the pitch list in the first place, so were of uppermost importance to them individually.

Since this research was commissioned we have presented it to a number of our design clients. Anecdotal evidence seems to support our theories that being either first or last in the pitch order is best; we also found that it is best to avoid meetings at 3pm – everyone’s body clock makes them less awake at this time of day.

Another factor not specifically asked about, but which many clients mentioned as being of importance was the chemistry between themselves and the design consultancy’s pitch team. It was also mentioned as being highly important that the people who pitched were those they would then have contact with at the group.

So what does this tell us? Buyers of design are like the rest of us. First impressions count, answer the brief given to you, be courteous and professional and finally, if you want the relationship to last a long time, then make sure that you never disappoint your client. Adam Whittaker is chief executive of business advisor Reardon Smith Whittaker

The tough get glowing