A new web app designed to educate women aged 16-24 about their vulvas has been created by Thompson Brand Partners.

The Love Your Vulva platform has been developed by the Leeds-based studio for Brook, a sexual health charity aimed at young people, and healthcare brand Canesten.

It takes the form of a series of short educational quizzes and activities, which aim to normalise the dialogue around vulvas and show they can come in all shapes and sizes. 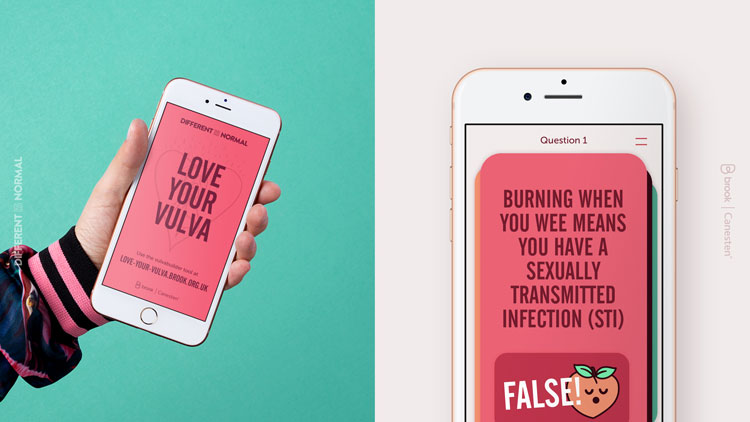 “Engaging but not leaving anything out”

Owing to the pandemic, Brook’s usual practice of classroom-based education sessions at schools, colleges and universities was not viable in 2020. The charity therefore approached Thompson Brand Partners to come up with a solution that allowed it to disseminate information as widely as possible.

By its nature, Brook’s education mission covers a wide range of topics. Love Your Vulva was no different. Studio creative director Chris Skelton tells Design Week the platform needed to cover health-related information around vulvas, but also be sensitive to conversations around body confidence, pleasure and sex, pornography and even female genital mutilation (FGM).

“It was a challenge to distil the huge amount of information that Brook has – we had to balance between keeping it engaging but not leaving anything important out,” he says. 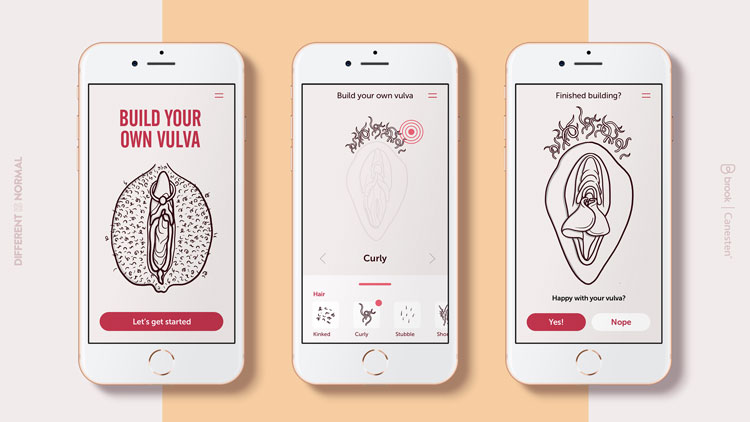 For this reason, the studio chose to break down the information into four sections. The first deals with labelling the various parts of the vulva; the second with personal perceptions of vulvas; the third about vulva health. The fourth section invited users to design their own vulva.

“We could have put in reams and reams of text on a page – people are after all used to scrolling and reading lots on the internet – but actually for something like this we wanted to gamify it to get as much interaction as possible,” Skelton says.

“Bite-sized” pieces of information accompany each of the carousels found on the platform, which are also supplemented with videos. The idea is “encourage users to carry on” throughout the online experience, Skelton says.

Users can choose to interact with the four sections in whatever order they want. This has been done so that individuals can choose for themselves how to approach the topic and go at their own pace. As Skelton explains: “A person who is more self-conscious probably isn’t going to be ready to design their own vulva right away.” 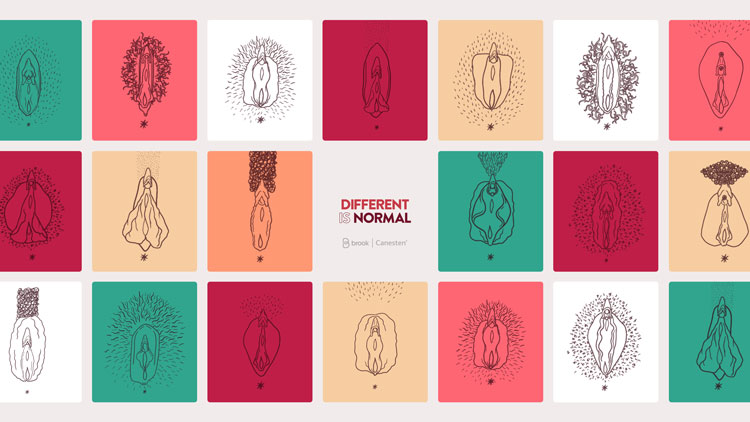 All of the information is underpinned by an aesthetic that Skelton labels as “accessible”. The team worked with a female illustrator for the look and were inspired more generally by the body confidence movements found on the likes of Instagram.

“While there’s no one specific look, in our research we found there was a general vibe which we wanted to replicate in this project,” Skelton says.

He describes the vibe as “not super scientific looking”, in a way that might be intimidating, but still “incredibly accurate”.

“Photography can naturally feel a bit shocking, but at the same time, we couldn’t cartoonify vulvas beyond recognition – it’s a fine line,” he says. 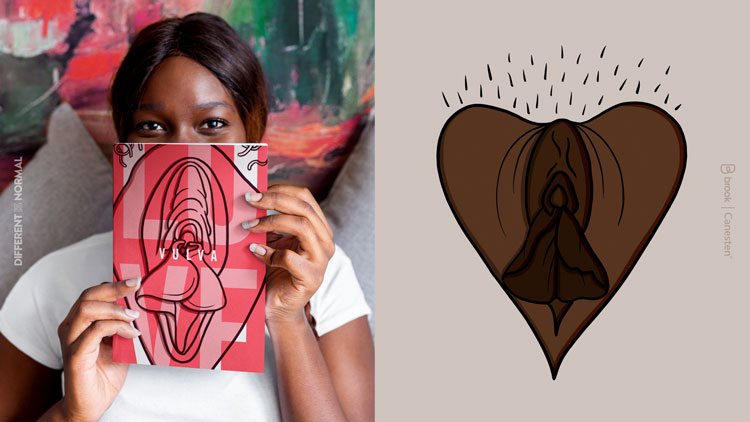 “We wanted people to take this seriously”

The colour scheme when users are actually inside the platform is a neutral one. The idea, Skelton says, was to make it appear “soft, without being cute and cuddly”.

“We wanted people to take this seriously,” he says.

The colour palette used on the wider experience is informed by Brook’s ongoing Different is Normal campaign. 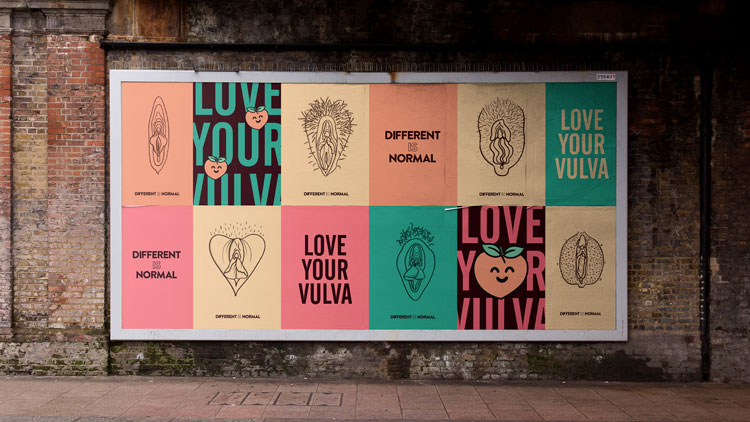