The brainchild of Jemma Stacey, Finds is an app platform which allows users to sell, buy and browse clothing via short video uploads. Described as something between TikTok and Depop, Finds’ use of video “utilises an under-appreciated space within online commerce”, according to Justified founder and creative director Joshua Ogden.

He explains the Justified team has been involved since the inception of the project, developing the name, brand, positioning and technology behind the app alongside its founder.

“The exploration of originality and self-expression”

According to Ogden, Finds is “fundamentally about the exploration of originality and self-expressions”. At the centre of this mission sits its target audience, Gen Z.

“This age group for us was our starting point, looking towards the ways in which the younger generation use the apps they frequent, considering the way they shop and pin-pointing the reciprocal, entrepreneurial way in which they buy and sell second-hand clothes,” he says.

As with traditional thrifting, the app is positioned around community. Users are able to follow creators and like and comment on posts – and sellers and buyers alike can curate their feeds to fit their style.

This is also where the name for the app comes in: Ogden explains it aims to replicate the excitement of obtaining a good “find” in among a shop’s offering. 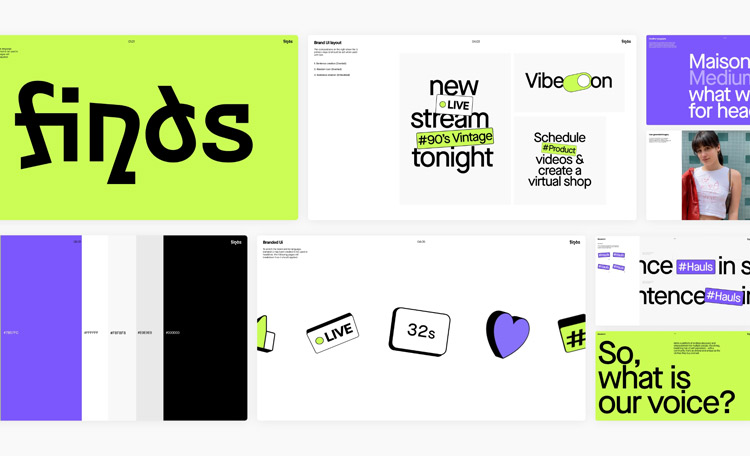 The aesthetic of the app and surrounding brand draws heavily on 1990s fashion. This style is incredibly popular among Gen Z, and Ogden explains it is one of the most popular clothing categories on Finds already.

Finds’ colour palette, for example, pairs bright greens and purples – a “direct reference to the hues of the 90s”, Ogden says. “We selected the pairing due to their immediately ecstatic nature,” he adds.

Meanwhile the typeface used throughout is Estragon from Swiss Type Foundry Dinamo. Ogden describes the typeface as “both bursting with creative character and technically pragmatic”.

“Together these elements embody the energy and attitude of a real-life marketplace, and are simultaneously optimised for Finds’ contemporary, digital and cultural context,” he says.

As Ogden mentions, the space Finds occupies is a busy one – so standing out is paramount. One of Finds’ stand-out elements is its use of motion, he explains. Echoing the fact that users upload videos instead of static images, the brand and experience of the app is similarly dynamic.

Through brand icons and typography, the team has developed an “Always Live” approach, which Ogden says references the “hustle and spirit” of its sellers.

“We believed that an online fashion marketplace should be just as dynamic as a thrift market in real life,” Ogden says. “The opportunity we saw was to make buying the clothes you love as interactive and real as possible – with no differences between whether it’s on or offline.” 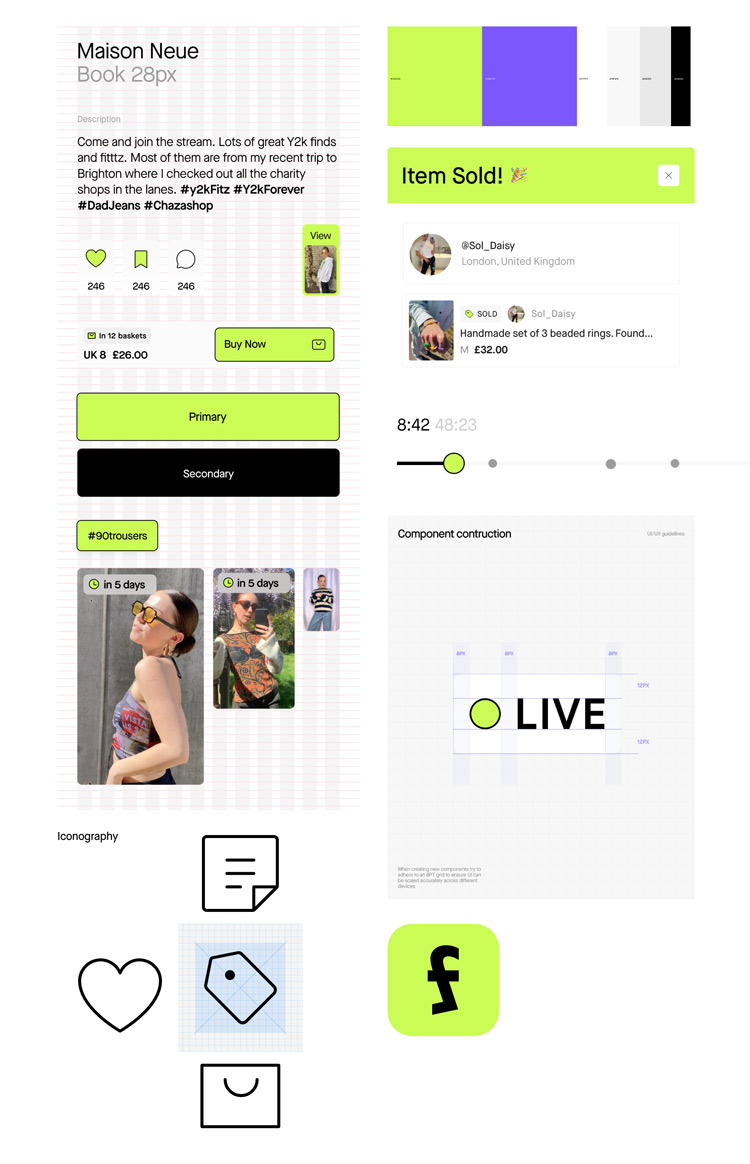 What do you think of the design of Finds? Let us know in the comments below…

How Lexus embraces design to maintain a “provocative” flair