“I’m not exactly sure if this is what you had in mind,” says Mason Manning in a TikTok video, before flipping over a t-shirt to reveal its illustrated design. The shirt sports three cats – one pink, one cream, one brown – squeezed into a box. On the side, the phrase ‘No dogs or people allowed’.

As illustrations go, it’s obscure. But since the brief for the design was “I love Neapolitan ice cream and love cats more than people,” it ticks all the right boxes.

While most people don’t enjoy getting difficult briefs, Hayden Rankin and Mason Manning have made it their business. Nice Shirt Thanks was established by the two best friends in 2020 and has taken social media by storm since then, racking up more than 325,000 followers on TikTok and 58,000 orders.

The premise is simple: customers give a one sentence brief when buying their shirt, and Nice Shirt Thanks’ team of designers produces a custom t-shirt based on said brief. The emphasis for each t-shirt is humour, with designers encouraged to spend between just 20 and 40 minutes on each design so that the outcome is based on their initial gut reaction to the prompt.

As Rankin explains: “We’re not worried about things like shading and composition as much as we are about the fun – the details are good, but not the most important thing.” Because of this approach, the designs are as odd as you might expect. But thanks to Rankin and Manning’s marketing approach – based exclusively on social media apps like TikTok – the briefs have got weirder too.

A recent TikTok shared by the brand opens with the just two-word prompt, “Weasels Incorporated”. When Manning reveals the final design, it’s an amorphous ball of fluff with several of the small animal’s head sticking out – weasels, incorporated. 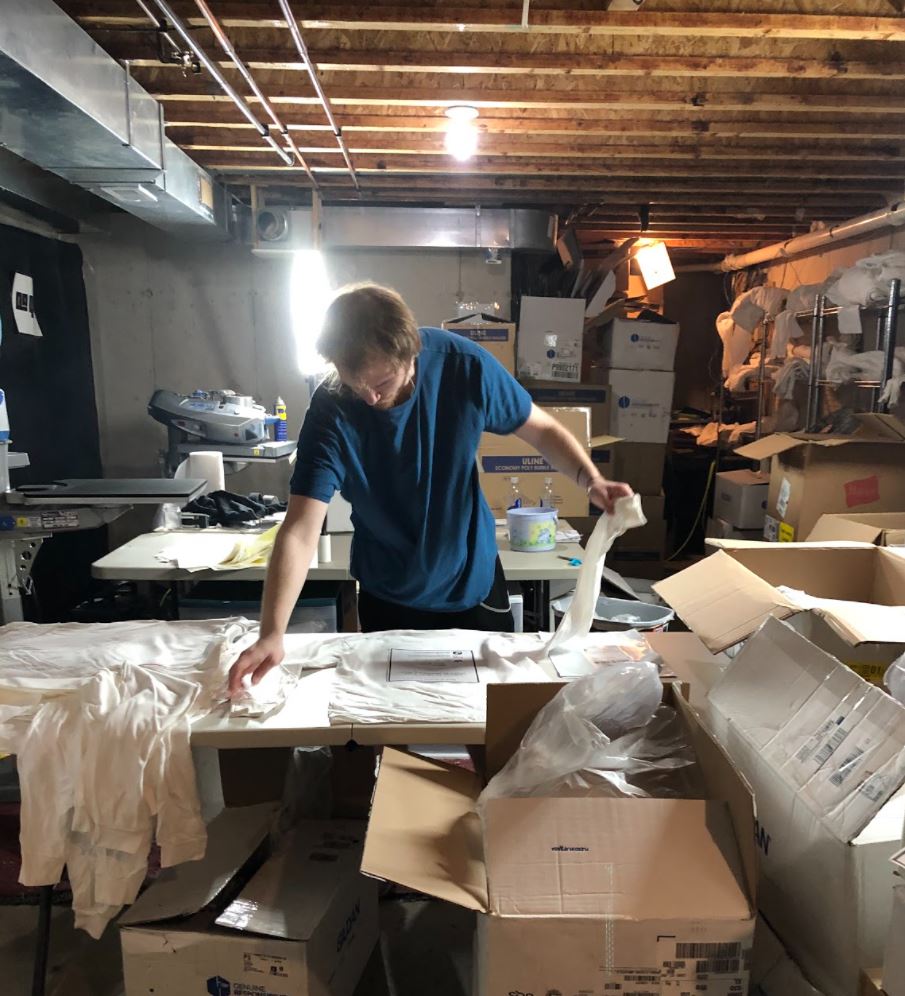 Briefs submitted by customers are entered into a central database accessible by all of Nice Shirt Thanks’ team of designers. “Each person can go in and pick as many or as few as they want, usually based on what they enjoy producing,” says Manning. Those who like drawing animals, for example, are able to stick to their preference by searching the database.

There are very few rules when it comes to developing the designers, the pair say, but one of the big ones is avoiding copyright infringement. “We absolutely do not want, and cannot have, logos on the shirts,” Rankin says. But rather than this being a hard ceiling on the limits of creativity, he insists it is another catalyst for designers to go wild. “We have to go for something even more creative and off-brand, and it’s a lot of fun being able to play around with well-known ideas.”

In total, Nice Shirt Thanks has around 350 designers working with them on a freelance basis worldwide. Always looking for more designers to bring onboard, hopefuls are screened for their creativity and storytelling abilities. The fee for their time has gone up by more than half since the business was first established, and the duo are looking to push it even further in the future.

The current application process requires a first and last name, email, and an illustration that responds to one of the following: “Vladimir Putin eating a chili dog while white water rafting. He is accompanied by a frog, a grizzly bear, and a double-headed chicken”; “Queen Mary Antoinette in a UFC fight against a giraffe. The giraffe has an advantage: he’s got the power of love”; and “In 1492, Christopher Columbus sailed the ocean blue; however, before reaching America, he discovered a colony of angry capybaras.” A portfolio is optional.

Having to co-ordinate so many designers can be challenging at times, Rankin says, when dealing with things like international taxes for payments. But he says it is worth it to have such a diverse pool of creative talent to work with.

The numbers Rankin and Manning are working with now are way beyond their initial predictions. “We were expecting to design maybe two or three t-shirts over that first winter, but we sold out our inventory in eight hours,” Rankin says. “It was a bit like trying to build a plane while flying, but we’ve got it under control now.”

Because of the demand, the pair had to put a limit on daily orders – capping it at 150 a day – and have imposed a four- to six-week turnaround time. But Manning and Rankin insist that they’re still running a relatively small operation, saying they’re looking for slower and more sustainable growth for Nice Shirt Thanks. When they talk to Design Week it is from Manning’s basement, which doubles as a design studio headquarters for the brand, as well as their operations centre.

Asked why they think the internet has embraced their offering so readily, Manning says it is because of the uniqueness of each experience. “The people who are willing to buy our shirts enjoy the creativity on each one, and the fact they’re able to wear a part of their personality,” he says. Then, of course, there’s the TikTok community which they have built to surround the brand. “Because of the nature of the designs, they’re pretty much instant content that people enjoy engaging with.”

“We have the stupidest job in the world”

There is a semi-serious intention behind Manning and Rankin’s business – the pair say comedic apparel has for a long time needed a designer’s touch. “It’s a goofy idea, sure, but one that exists in a sphere that has never really been paid any close design attention before,” Rankin says. Though he notes being funny comes first, the simple act of having designers working on the pieces elevates the product.

That said, Rankin says there’s still always an air of ridiculousness. “We’ll be looking at a design around the computer and have to take a step back and think: ‘We have the stupidest job in the world’,” he says.

Again because of their TikTok presence, the pair have been able to show their faces as they have grown the brand. So close-knit is the community of followers, the briefs sent through have been known to include requests for the duo’s faces to appear on shirts.

“Whenever I see a final design with my face on it, it does catch me a bit off guard,” Manning says. 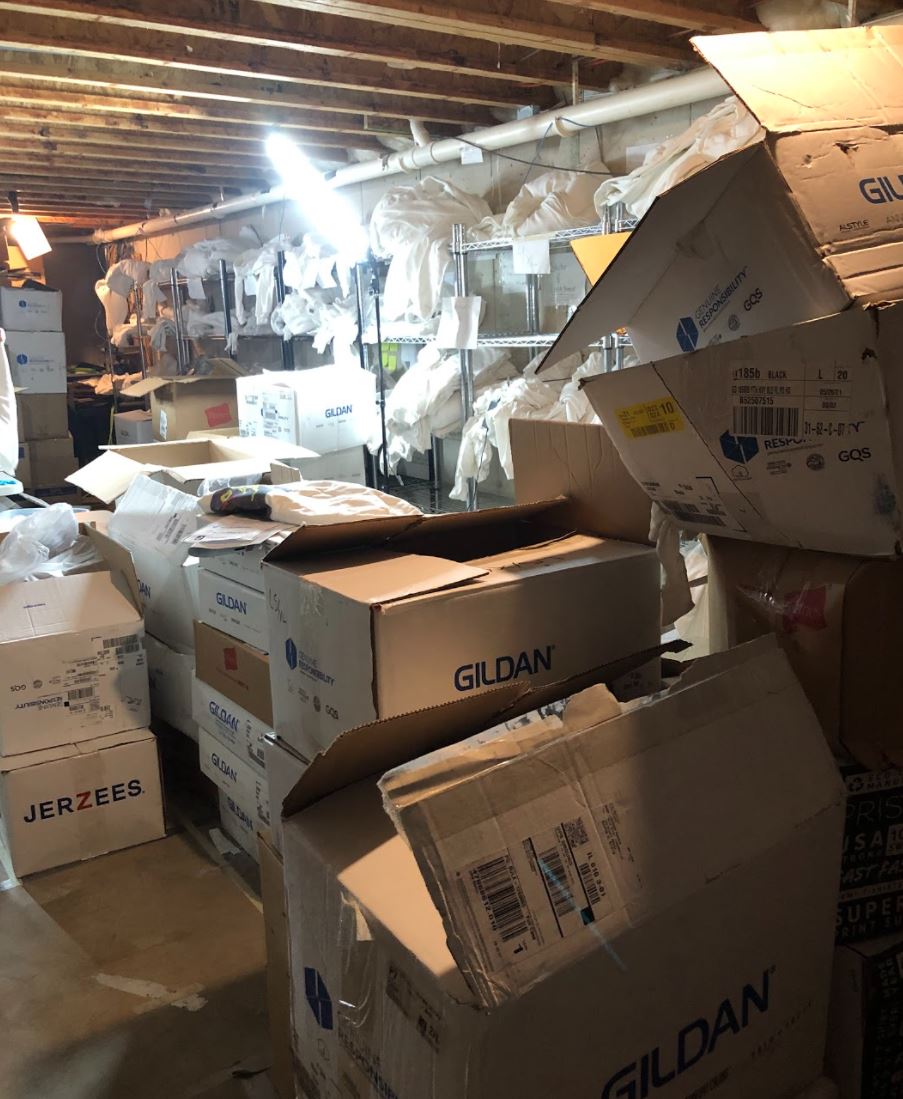 These electric motorbikes are designed to fight poaching in Africa