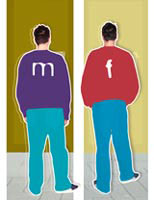 Like other pieces of the marketing services puzzle, the employment market has seen some significant changes over the past 12 months. Frozen budgets have eaten into consultancy revenues and, in response, consultancies have been consistently reducing numbers of both freelance and permanent staff. The sector slowdown has certainly taken it’s toll.

It will be of comfort to those who have opted into (as well as been ushered into) the freelance market recently, that as things begin to pick back up, many groups will look to th

e freelance workforce before they commit to permanent new recruitment. Flexibility will be a main plank of employment strategies for a good while.

But as well as this short-term ‘blip’, there is a more important long-term structural change taking place too. As management guru Charles Handy correctly predicted over 20 years ago, the numbers of self-employed workers in the UK has increased steadily and will continue to do so. Handy notes in his latest book – the Elephant and the Flea – that the percentage of the UK labour force on full-time, indefinite period contracts fell to 40 per cent by 2000. The number of self-employed (the fleas of Handy’s world) are increasing significantly as organisations (the elephants) become more global, more centralised and more flexible, he explains. ‘Going portfolio’ is the way forward.

In the design sector, the number of new freelance staff has increased over the past six months, according to a straw poll of recruitment agencies, while numbers of freelance positions sought by consultancies have declined. Certainly, this is no surprise, given the rounds of redundancies taking place.

There are exceptions, of course. Some recruitment agencies have reported stronger markets for particular job functions where certain design disciplines are concerned (such as packaging). Few agencies can have escaped the current tough climate altogether though, says Ticegroup chairman Ian Cochrane, and many will have had to slim themselves down.

‘A lot of consultancies over-expanded. People got very bullish and hired expensive people, then started to catch colds. And as a consequence salaries got too high,’ he says. The result was a fallout in design staff that had a knock-on effect at recruitment agencies, though hopefully the worst of this is over, suggests Cochrane optimistically. ‘There are some green shoots – it will start to pick up,’ he says.

His feelings are confirmed by many of those in the field. ‘The past six months were very, very tough,’ says Periscope managing director Kim Crawford. ‘From June onwards things became increasingly tough as consultancies began putting things on hold.’

Crawford suggests that the fmcg sector has remained quite strong, so that there has been consistent demand for packaging designers, while the digital media sector is still flagging. She also points out that the current competitive climate has seen a lot more emphasis placed on selection criteria when choosing candidates, such as on their references and via the use of psychometric testing.

Gabriele Skelton director Karina Beasley agrees that the current freelance market is very different now to how it was 12 months ago. ‘A lot of the consultancies are saying, “no more freelances whatsoever” – the jobs aren’t there,’ she says. ‘But we are optimistic and we have been busier this side of Christmas than we were before it.’

The introduction of new guidelines by the Inland Revenue has not particularly helped the current market, she adds. ‘The Inland Revenue was missing out on a chunk of money from freelances not contributing to [tax and] employers’ National Insurance,’ explains Beasley. As a result, it has introduced a new system called IR35, which can make employers liable for the contributions of their freelance staff. This additional cost to employers means that ‘freelances need to look at their fees’, she advises.

Many people currently experimenting as freelances in the design industry will have to decide whether or not they want to stick with freelance work in the longer term. You have to manage your own tax returns of course, a daunting task for the uninitiated, which is likely to require an accountant at the very least.

Many employers will prefer to take someone on to the payroll and this route can offer more security to the individual. Then again, some smaller consultancies will want to stay flexible and only staff up sporadically.

Steven Clack is managing director of Pro Logic Design in Surrey, which he runs as a virtual business. It offers design for print, new media and advertising services. Last month he was recruiting for two freelance designers in Design Week’s recruitment pages. ‘I see it [using freelances] as a way of keeping costs to a minimum,’ Clack says. He is developing a small pool of freelance staff who can work from home or from the office as required. Clack has reservations about using recruitment agencies, having been ‘messed around before’. He says the lengths of the contracts he has been asked to sign have also put him off. For him, he adds, an hourly rate of £20 an hour would be the most he would expect to pay a freelance designer.

Beasley suggests that for people new to the freelancing game it is often easier to get on the payroll. ‘Long-standing freelances should stick with it, but if you have been forced into [freelancing], I’d get on the payroll. From a financial point of view you get your tax sorted and you get the benefits. Get self-registered and then go on the payroll,’ she advises.

To do this you need to obtain a self-employment number from the Inland Revenue. Guidelines can be found on the Inland Revenue website, though it can be worth asking your recruitment agency for a more user-friendly version. It is also advisable to talk your situation through with an independent financial adviser or accountant if you are in any doubt as to where you stand.

Looking forward, it is hard to predict how quickly the general recruitment market will bounce back. For those not so successful at making freelance pay well right now, it could be worth hanging in there and supplementing the odd day or two with another temporary job.

‘It is a matter of seeing how it goes over the next two months,’ says Major Players head of freelance recruitment Sarina Hussain. She too is optimistic that the signs are now hopeful. She is confident that a lot of consultancies winning work just before the Christmas break will require freelance help in the weeks ahead.

NB: Recruitment agencies usually earn a percentage on top of the hourly rate, which is paid by the recruiting design consultancy

For general advice on tax and earnings the Inland Revenue has a lo-call rate helpline: 0845 9000 444 (open evenings and weekends)

Keep PDFs of your work to show to prospective employers

Rather than opt for self-assessment on tax, consider joining the payroll of an employer on a short-term basis. Some recruitment agencies can also pay you off their payroll

The longer the period of employment you negotiate, the more flexible you are expected to be on your rates

Be prepared to be flexible over rates and fees. Consultancies know that the markets are presently in their favour

You can also register by downloading form CWF1 – Becoming Self-Employed from the Inland Revenue website at www.inlandrevenue.gov.uk

Failure to register within the first three full months of work could cost you a £100 fine. This is because you will not be paying tax and you are, therefore, in breach of the law