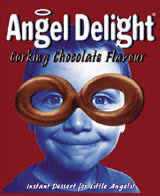 Originally launched in 1967, the pudding’s packaging and image was last updated in 1997 and emphasised the interactive nature of Angel Delight as a fun thing for kids to make.

Angel Delight was originally sold as an easy dessert for mothers to make offering the taste of strawberries and cream in an instant.

According to Brandhouse WTS research, kids didn’t see it that way and the brand has been repositioned to target mothers with kids under ten as a way of bringing mothers and children together.

Brandhouse WTS account director Adrian Goldthorpe says, “We took the focus off the product or process and back on to kids having fun.”

Kraft Foods brand manager Helen Youd says, “We believe that the redesign of the pack will reinvigorate the brand and further increase the point of difference between Angel Delight and private label brands. It will inject dynamism into the whole category.”

Kraft is considering a promotional campaign in support of the relaunch this summer.

The redesigned livery is based on the idea of magical transformations, says Brandhouse WTS design director Melonie Maynard.

“We used a different child’s face for each of the seven variants to illustrate the emotional as well as functional benefit. This pop art look is both fun and timeless,” she comments.

Each face has Angel Delight “graffiti” giving them funny moustaches, eyebrows and the like.

It secured a place on the Kraft roster in February.

It’s obvious what type of designer you are