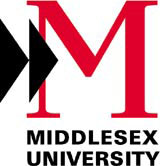 It has appointed C Eye to conduct research into the brand equity of the north London institution. The consultancy will release findings of the six-month project in October.

C Eye is consulting staff, students, partners and the local community to find out “what we are and what we are doing”, says a University spokeswoman. The next stage will be visualisation. C Eye will be invited to pitch again against other consultancies, she says.

The university has been given a “clean page” by its vice-chancellor to press ahead with any necessary branding work, including a name change, the spokeswoman adds.

“The diagnostic phase of the rebranding should last until autumn. We are very big in the UK, as well as being international, so there is a lot of finding out to do,” says the spokeswoman.

“We hope we will be able to take that on to the next stage – a new look and feel for the university. However, that is by no means certain,” she adds.

“We do have problems with the name Middlesex, as nobody knows where it is. So, in theory, we might consider a name change,” the spokeswoman says.

According to the spokeswoman, the university “relies heavily” on the use of the strapline “Middlesex University in London”.

Middlesex University last changed its logo in 1992, when it changed from a polytechnic to a university. The marque was designed in-house.