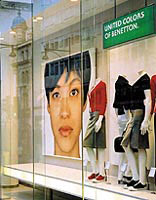 The British Council of Shopping Centres has issued ‘design checklists’ for designers working on urban redevelopment projects, as part of its reponse to the Government’s Urban Renaissance White Paper, launched on Tuesday 5 March 2002 in Westminster.

The ‘design checklists’ are included in a report prepared by Building Design Partnership, which is intended to provide a ‘reference point’ for all those involved in future urban design and town centre redevelopment projects.

BDP urbanism and landscape director Andrew Tindsley believes the report can become ‘a tool’ for designers to use ‘at the sharp end’. He says, ‘It could be played back to clients to show them the big picture issues that need to be addressed.’

Tindsley says that the report will complement best practice recommendations already made by the Commission for Architecture in the Built Environment and English Partnerships.

‘It will fit together well. Retail issues have been missed out in previous strategies for urban design. This report brings retail design into the relationship,’ he says.

He adds, ‘We don’t want it to become another planning document. It has a practical application. The guidelines can be ticked off as designs are put together.’

Detailed guidance, however, is likely to be some way off. BDP has identified ‘urban design principles’ for public and private sector ‘stakeholders’ to consider in ‘ten key areas’. These are: character, continuity and enclosure, quality of the public realm, ease of movement, legibility, adaptability, diversity and mix of uses, sustainability and balance with nature, value, and inclusivity.

Although BCSC steering group chairman Andrew Ogg insists ‘it is intended to be a practical document’, the next stage is ‘reviewing how to continue the debate’ and ‘getting nitty-gritty design details into the process’.

The report calls for retail practitioners to have more influence on and for retail issues to be given higher priority in planning and designing town centre re-developments. Local authorities too often fail to understand that retailers provide the financial impetus for town centre redevelopment, while developers need to recognise that urban design can deliver economic and social value, the report states.

Ogg adds, ‘The key issue we need to explain is that urban design is a two-way street between Government and planning and the value side of the equation.’

Although the report emphasises the role of masterplanning, Tindsley says design is important, especially in terms of ‘character’ and ‘public realm’, in generating the ‘fizz and buzz that makes places attractive to people’.

Ogg describes the design implications of the report as heralding a reinvention of the high street.

Art director who takes Time Out to play with puppies