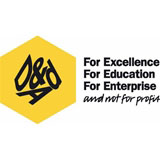 D&AD is set to name its future president from the design industry next week, with Poke founder Simon Waterfall in hot contention for the top job. Other potential candidates are Garrick Mamm of Williams Murray Hamm and Quentin Newark of Atelier Works, with the successful entrant serving as deputy president for 12 months.

The full trustee board line-up is due to be announced on 14 September, following a D&AD membership-wide election, which closes on 11 September. If Waterfall is appointed, he will work alongside incoming president – former deputy president – Tony Davidson, creative director of ad agency Wieden & Kennedy.

The presidents are drawn from the D&AD executive with the post alternating between the advertising and design sectors every year. The board of trustees advises D&AD executive directors on strategy and forthcoming initiatives, says a D&AD spokeswoman.

The reshuffling of the board comes as Dick Powell, current D&AD president, Tim Riley and Alison Tomlin, co-founder of Carter Wong Tomlin, retire as trustees. Emma Booty, creative director at Landor, and Sebastian Conran are competing for the vacant seat of creative practitioner for design. For the remaining categories of creative practitioners, however, only one applicant was submitted this year following changes in D&AD’s constitution. Successful candidates are automatically appointed to the D&AD board.