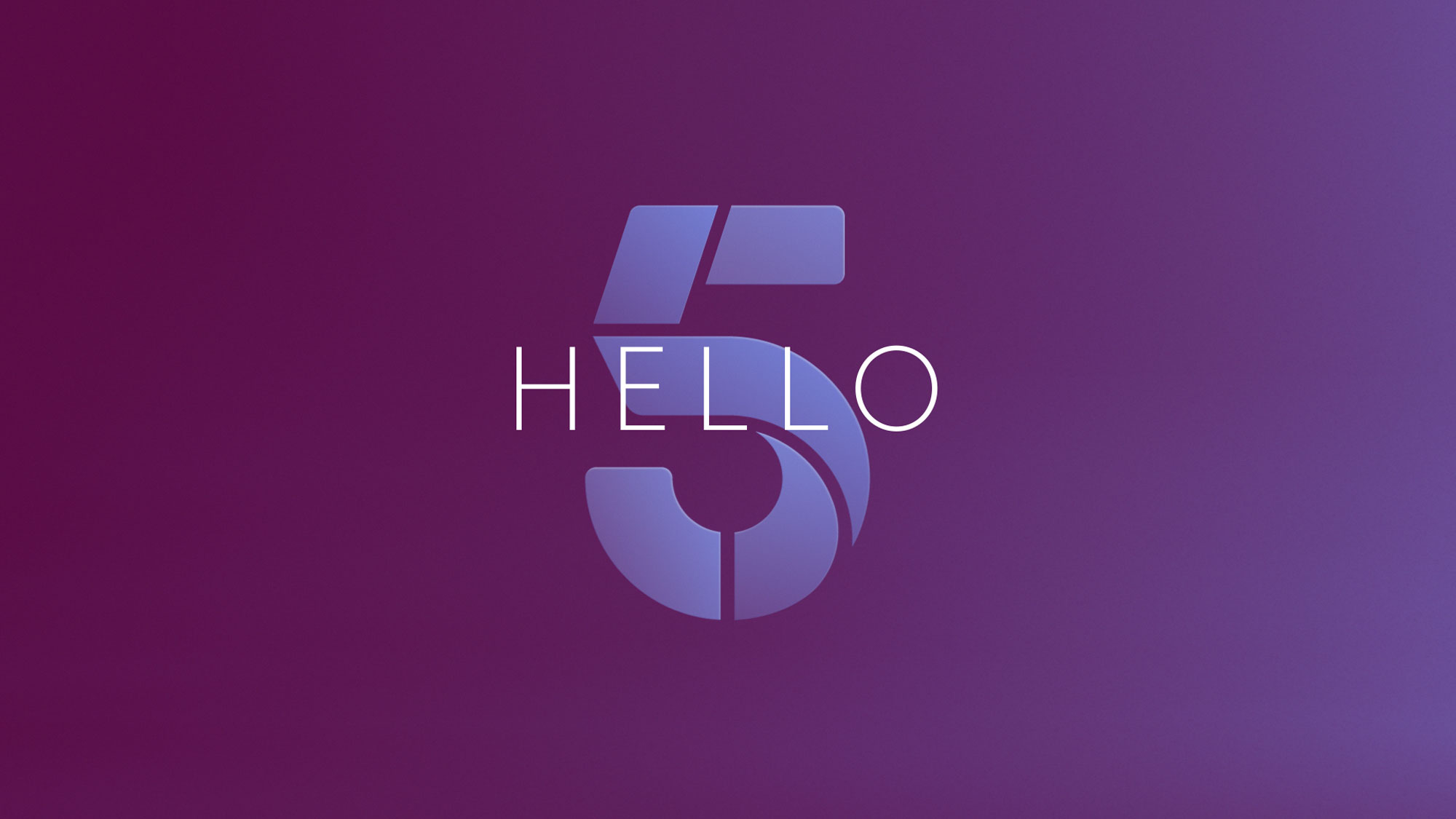 Channel 5 has rebuilt its entire brand portfolio from scratch and is launching new logos and idents for each channel as it bids to create a more high-end look to reflect new programming.

The six-month project was instructed by Viacom, which acquired Channel 5 in September 2014.

It has been led by Channel 5’s vice president of marketing Jo Bacon and creative director Jody Malam who have worked with in-house consultancy 5Creative and several specialist consultancies.

“We are for the masses”

Bacon says she sees Channel 5 as a “playful challenger” showing “spirited TV with an emotional heart”.

While the remit of the channel is not changing – “We are for the masses”, says Bacon – the production values have been upped across the brand in an effort to suggest a new confidence in its programming.

New York-based Gretel has designed the composite logo, which has been adapted for other channels, including 5Star, 5USA and on demand player My5 (formerly Demand 5).

The patterns have also been extrapolated for use on bumpers and are designed with flexibility in mind so that they can suit different moods and styles of content.

Idents with no logo

While some channel idents such as 5USA incorporate the new logo, the terrestrial Channel 5 tells stories around a number five theme in lieu of any Channel 5 logo.

These “brand films” address the theme “making the every day colourful” and have been shot in a variety of locations around the world, according to Bacon.

The 5USA channel, which broadcasts US content to a UK audience, features locations shot exclusively in the US for the project.

Eight colour graduations have been introduced to the portfolio (four primary and four secondary), taking in blues, purples and greens.

Fonts used across the portfolio include Replica Std for Channel5, with a Nobel Light secondary font, A Aux Pro for 5Star and Flama Condensed for 5USA.

Where are all the older designers?