To kick of the Design Council’s Design for Planet festival, designer Sophie Thomas took delegates on a very different kind of tour. The Binn Ecopark, located some 45 minutes from the festival’s hub at V&A Dundee, is not for the faint-hearted, or those with a weak stomach.

The 62-acre site is billed as one of Scotland’s most progressive recycling and waste management operations. According to its owners it is “an established and growing” circular economy, focused on renewable energy, resource management and eco-innovation. It sits on the site of the former Binn landfill, which was closed in 2014. 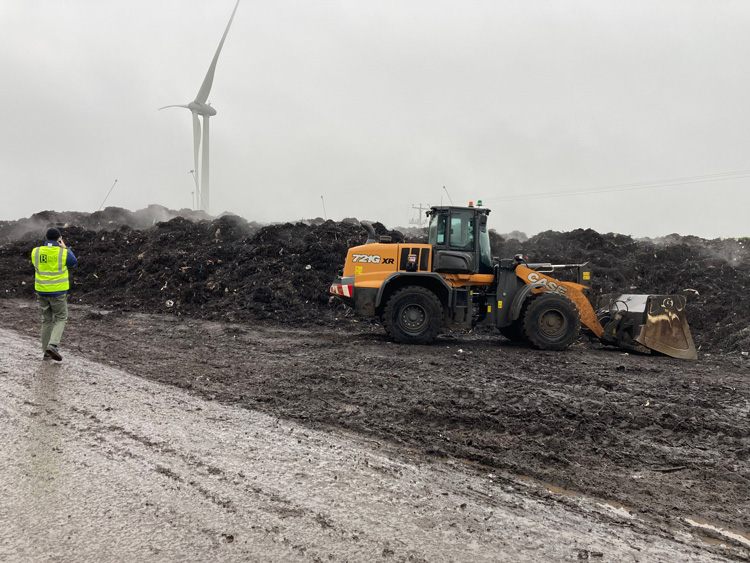 The scale of the problem

The trip to the ecopark was designed as a learning experience, Thomas says. No stranger to recycling plants, waste management centres and the like in her work as a founding member of Urge Collective, she says excursions like these help designers understand the scale of the problem at hand. Because, Thomas says, “waste is a design flaw”.

No better is the scale of this flaw exemplified than at Binn Ecopark, where 200,000 tonnes of material are processed each year. This number itself is staggering, but the experience – and smell – more so. Alongside an anaerobic digestion facility which processes 30,000 tonnes of local food waste a year, the site is a stopping point for mountains of other discarded materials – from plastics, to glass, metal and wood.

While Binn’s recycling rate is around 90%, Thomas says the mountainous piles of material that are processed by the site are indicative of a problem: not enough thought goes into how products are made. “I’ve never come across a brief that asked designers to consider the third or fourth life of their product,” she says. 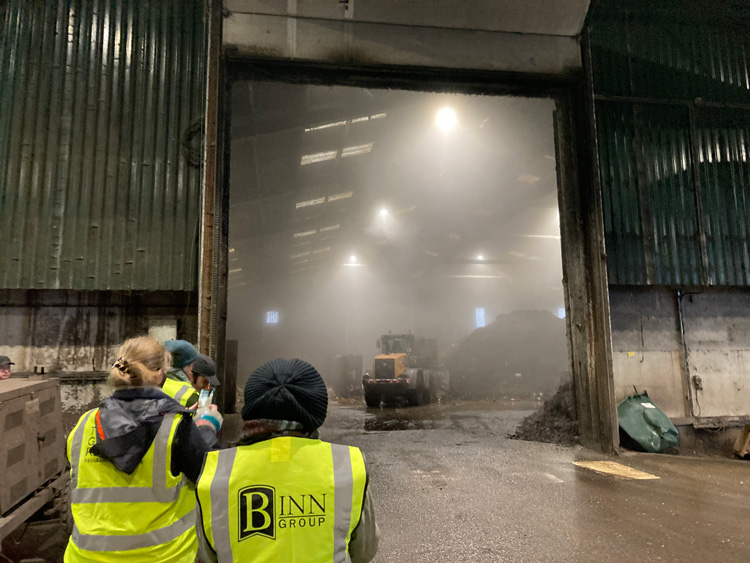 If this were a more common consideration or briefing point, Thomas says many of the holes currently plaguing the UK’s recycling system could be plugged. “You’d have to think about how you’d get the material of a product back, about reuse first and foremost and about how pure your materials are,” she says.

Designers of today are very product-focused, Thomas says. It’s hardly a surprise though, when aesthetics drive sales, and many briefs are devised by marketing departments. “We don’t think about products as a sum of their materials, but as their end-goal,” she says. Thomas refers to it as the “eco-rucksack” of a product.

A good example, she says, is a cheap toothbrush. Such a product can contain multiple different kinds of plastics, other fibres for the bristles and sometimes even metal pins to hold everything together. Even a recycling plant as proficient as Binn’s would not be able to break down a toothbrush like that into its constituent parts, meaning the only place it could live out its “second life” is in landfill. 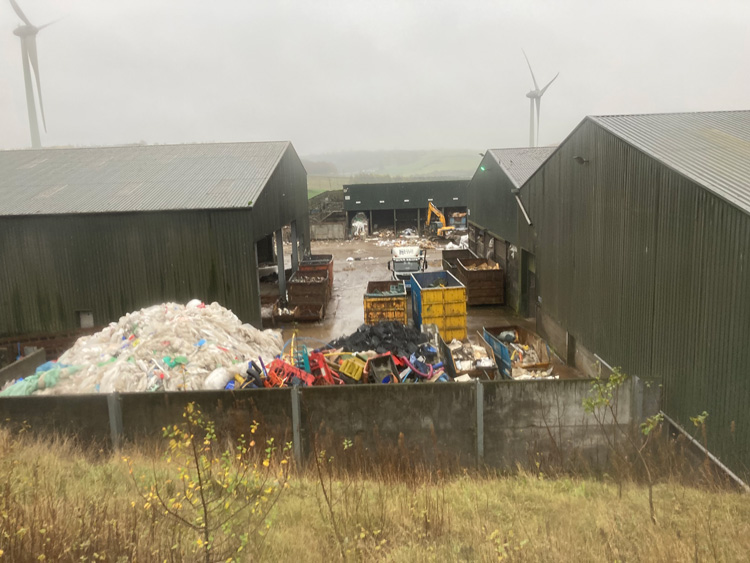 A lack of prototyping

As well as the external pressure of aesthetics, Thomas lies part of the blame in product designers not prototyping enough now. “I find that if they do prototype a lot of designers will maybe do a small plan in somewhere like China, where they’re not physically able to do it themselves,” she says.

Hopefully, she continues, legislation coming into effect with the new Environment Bill, which aims to put pressure on makers and manufacturers to produce more environmentally friendly products, will stem this problem. But Thomas says it’s going to be slow progress – not least because said manufacturers will likely find it easier to work in their own siloes rather than addressing materiality as a whole.

Thomas is hoping to crowd source ideas at Design for Planet to see how the situation can be improved and moved forward. Short of sending all prospective product designers on a tour of Binn or other similar sites, she says a design solution to this design problem is necessary and achievable.

Keep up with our coverage of Design for Planet on Design Week and follow us on Twitter.