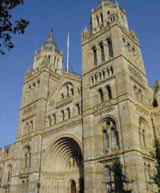 The Natural History Museum is undertaking its first major brand review in 15 years, which encompasses both its branding and retail design, Design Week can exclusively reveal.

Hat-trick Design has been appointed to develop the visual branding, while M Worldwide is tasked with revamping the museum’s shop, in a bid to compete with those at nearby attractions. Both are expected to launch in October.

Museum creative director Eleanor Fisher, who is overseeing the branding, says the project is currently in the research phase and designs are still ‘conceptual’.

Fisher adds that the work comes as the museum looks for a more appropriate reflection of its mission. ‘There was an acknowledgement internally that we need to reflect where we are now and where we’re going,’ she says.

Museum project manager John Maillard, who is overseeing the retail side of the work, says the impetus behind the revamp is a need to generate more revenue. ‘If you go around the Tate galleries, the Victoria & Albert Museum and the Science Museum, they all have retail areas that are much more functional and profitable than ours,’ he explains.

Hat-trick Design won the branding work in December following a four-way credentials pitch. M Worldwide was appointed to the job in March after a seven-way creative tender.

Wolff Olins was responsible for the museum’s current tree-inspired brand identity, which launched in November 1989 (DW 29 September 1989). The icon is also well known for its resemblance to the backside of a zebra.