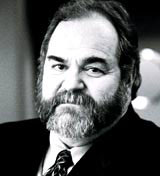 Lynda Relph-Knight (Comment, DW 23 February) refers to Martin Beck as a marketing man and later says Paul Stead differs in that he is a product designer by background.

In fact, Beck is also a product designer by background. He graduated from Pratt Institute with a degree in Industrial Design. After working for a few years, he did take some time off to be a French chef, but then went back into the design world.

There are many product designers who have done very well in business: Hartmut Esslinger at Frog; David Kelley at Ideo; Gregory Fossella, who used to practice in Boston; Charles Pelly, who retired from Designworks in California and sold his firm to BMW; Patrick le Quement of Renault; Richard Hollbrook of Round Three; and Scott Lempert of Studio Roundhouse in Southern California. I could go on. Many others have business specialist partners, which makes a lot of sense.

On the main subject of the piece, product design firms, although they deal with products as brands, are not the best match, in my opinion, for companies like Cordiant Communications Group. Not just because they have lower profit margins than brand identity firms, but because most clients of advertising agencies and branding companies are service companies.

Why own the product design firm you can use perfectly well when needed? Why try to make them confirm to the dollar per square foot and other measures that ad agencies typically impose upon their acquisitions if their cost and fee structures are so different?

As a matter of fact, most manufacturers and licensing companies that buy product design firms do not find it an easy marriage.