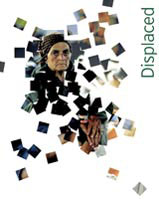 The Open Agency has designed a series of posters and screen titles for The International Committee of the Red Cross, which is seeking to raise awareness of the plight of women and children during war. The posters will be sent this week to government offices worldwide, together with a short film series created by Urban Films film-makers Nick Danziger and Laura Ashton. The project is part of The Open Agency’s ongoing work for the Red Cross, which is worth about £200 000 per year.