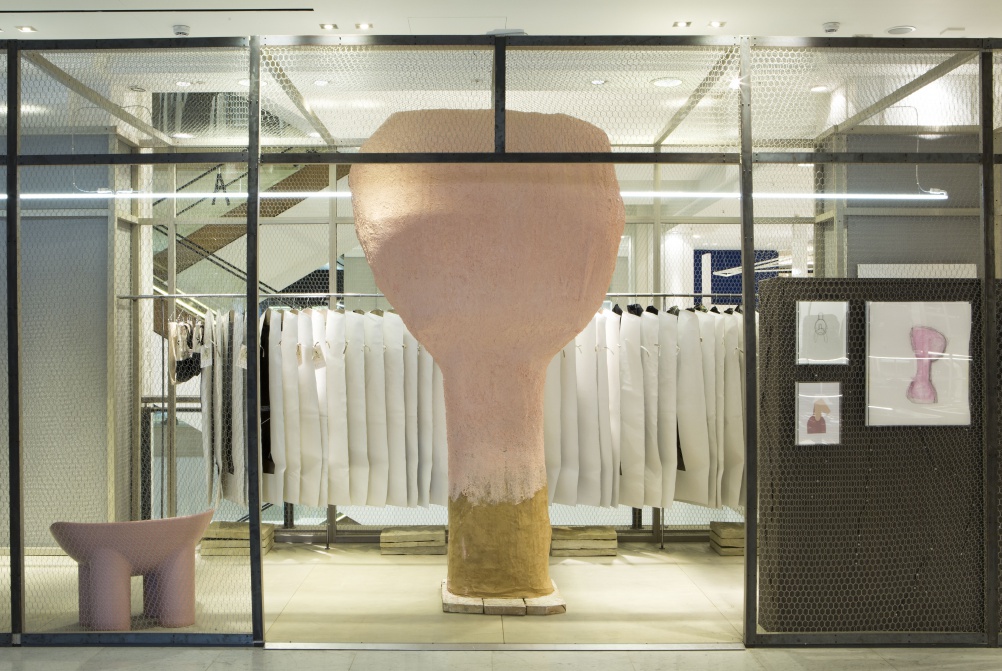 Selfridges has worked on the design of a “gender neutral” retail space it has designed in collaboration with furniture designer Faye Toogood.

The three floor “Agender” experiment has been designed for the Oxford Street store and the clothing ranges it features will also be available at the Birmingham and Manchester stores.

At the Oxford street store manikins have been done away with in shop windows, “genderless” sculptures designed by Toogood populate the retail space inside and garments are concealed within covers.

Selfridges is launching 5 unisex collections and has selected an additional 40 brands which can be worn by any sex.

At Selfridges.com the theme is continued with male and female models wearing the garments.

In the Oxford Street store there are two defined areas conceived as a “house” with genderless abstract objects featured within.

Toogood says: “The space has the feel of an archive to reflect the curatorial decisions that go into any fashion edit.

“By removing branding, gender differences and merchandising, we allow the garments to speak for themselves. In the 21st century we’re increasingly aware that gender is not a binary, and the way we choose to present ourselves as individuals shouldn’t be constrained by the artificial divisions of society or commerce.”

Concrete, horsehair and rubber have been used within the houses as they have a “raw, primal feel” according to Toogood who wanted to “pare back the superficial layers of polish and branding”.

Although the space is de-branded, the Selfridges in-house team has worked on 2D graphics which includes the “Agender” logo and the “He She Me” posters.

Selfridges creative director Linda Hewson says the project is “a test bed for experimentation” and adds that the retailer is “not harnessing a trend but rather tapping into a mind-set and acknowledging and responding to a cultural shift that is happening now.”

“We will explore the relationship between gender and retail physically, digitally and in all of our stores,” she adds. 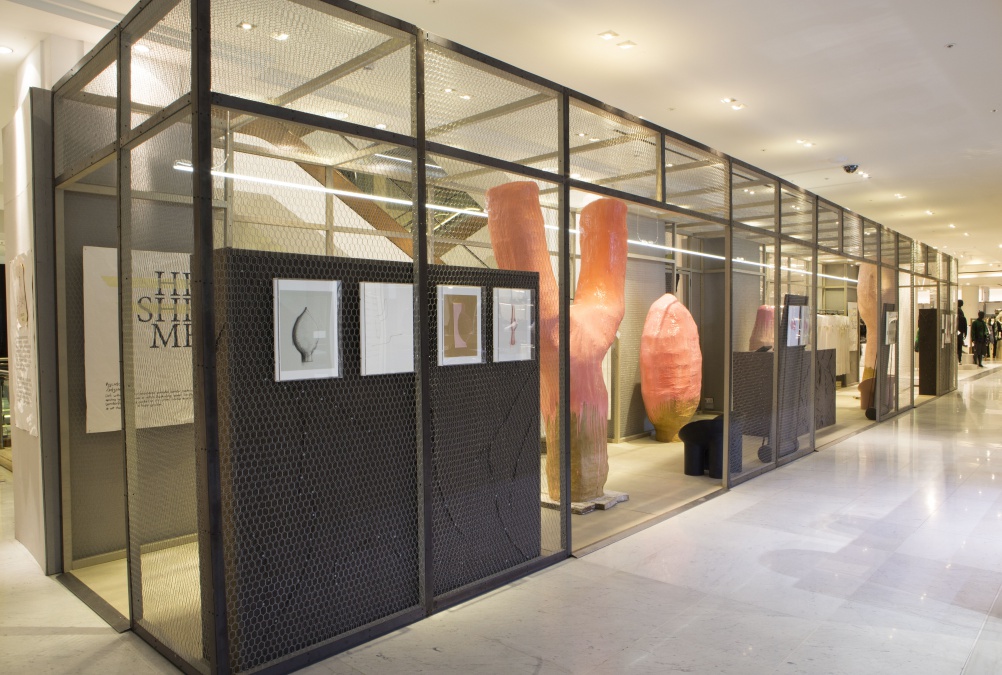 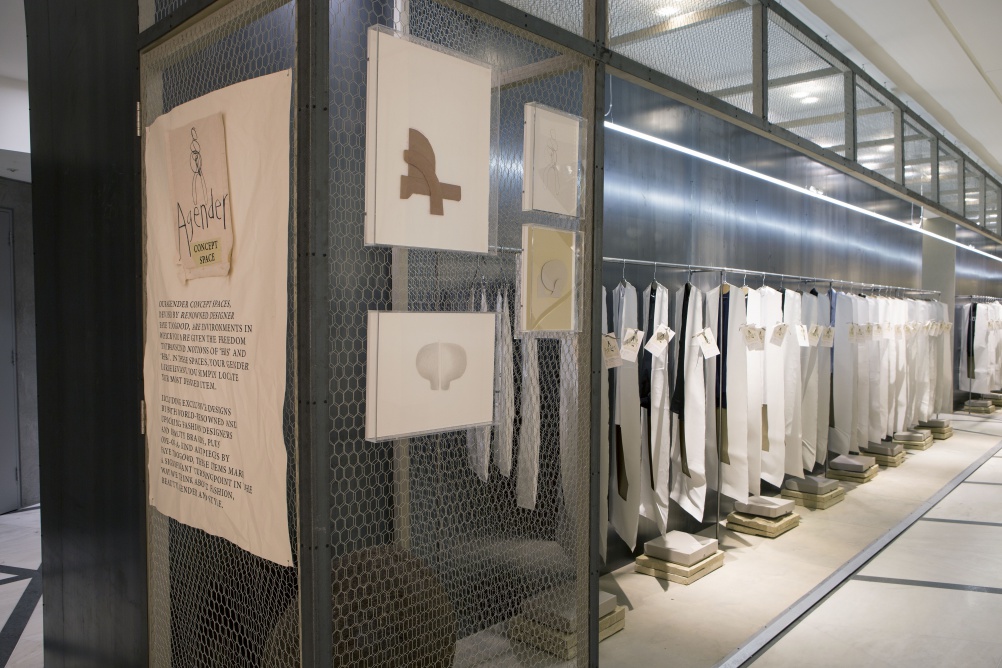 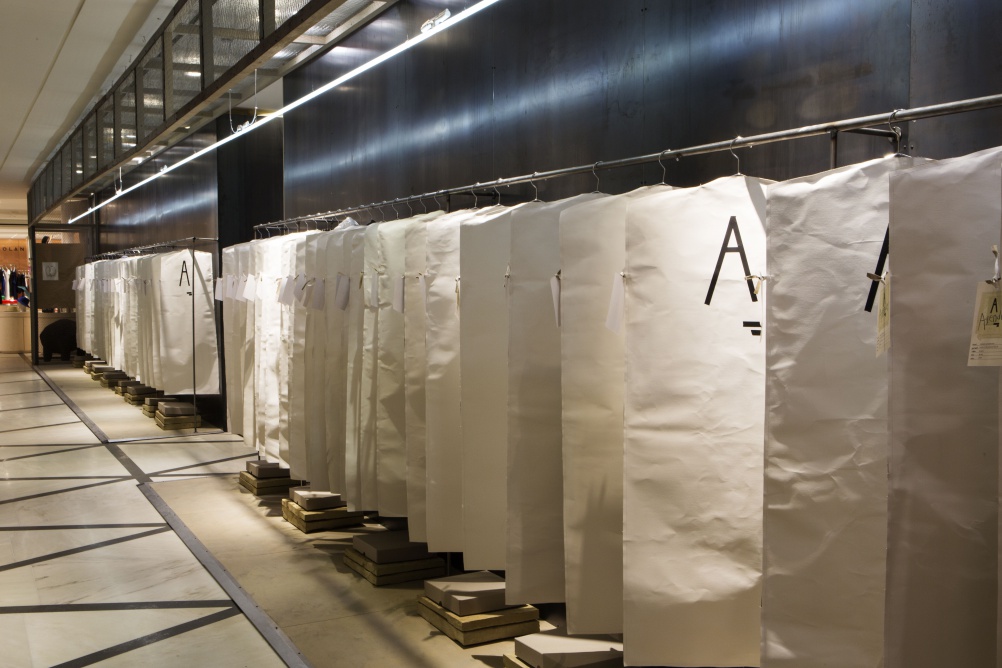 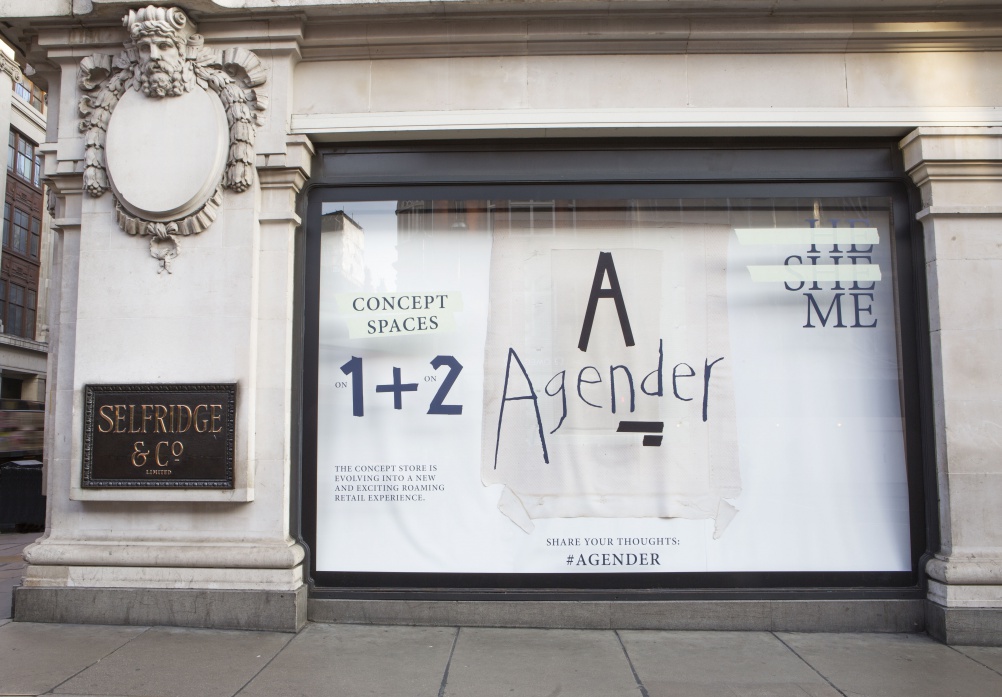 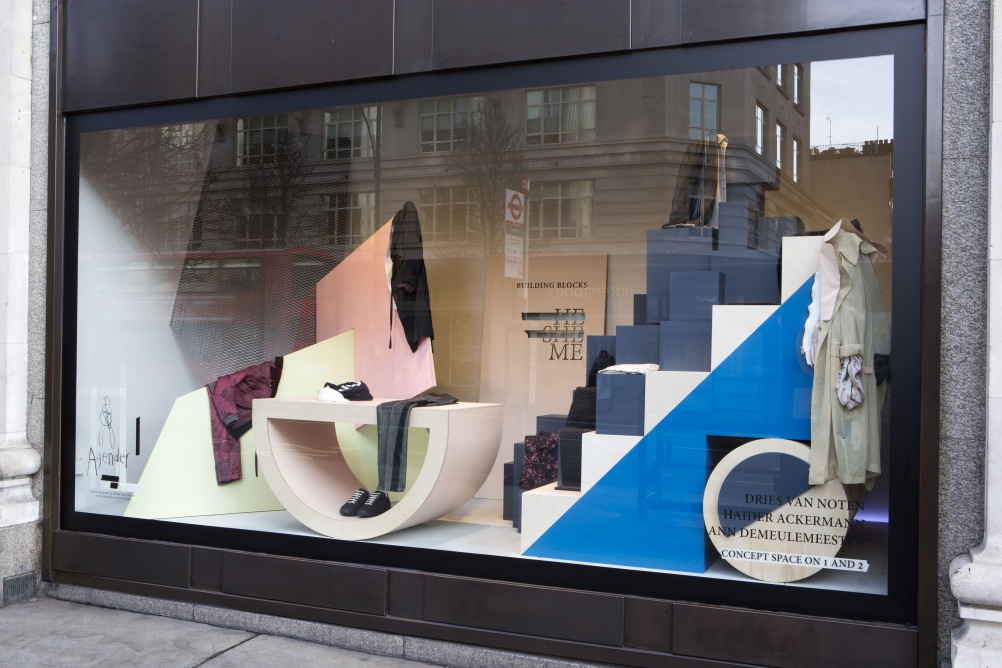 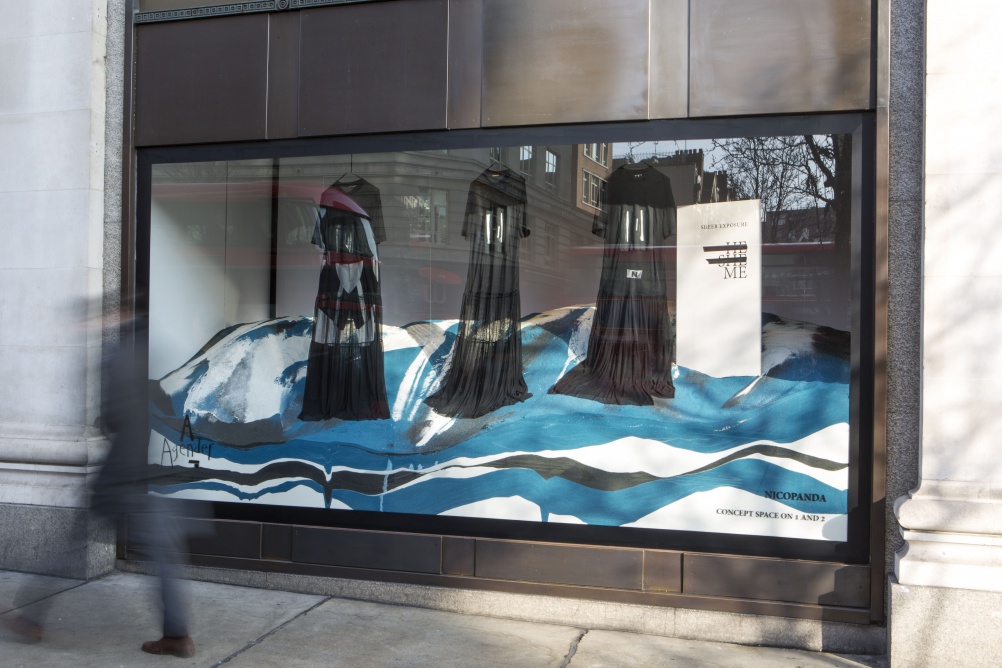 Tobacco companies say government is “taking their property away”