Each year, the survey tracks public trust across four societal institutions: the government, business, the media and NGOs.

Designed by London-based creative studio S-T, the 20 Years of Trust monograph looks to showcase the wider trends Edelman has identified by looking back at its previous surveys. Chiefly, it suggests that trust exists today in a far more localised way, among individuals, rather than in big institutions. 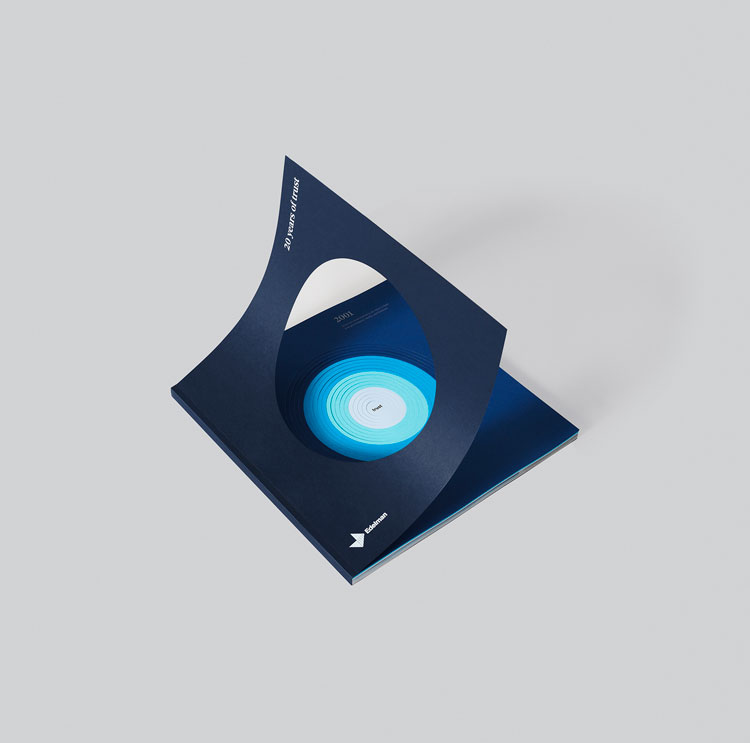 S-T got involved in the project through connections made from previous work. Back in 2018, the studio helped brand “slow news” platform Tortoise, the organisation that worked on the editorial side of the 20 Years of Trust publication.

The brief, according to S-T creative director Steve Fenn, was to create a “standout publication” that could lend structure to the information put forward by Edelman and Tortoise. Alongside survey results and analysis, this included bespoke data visualisations, first-person essays and imagery. 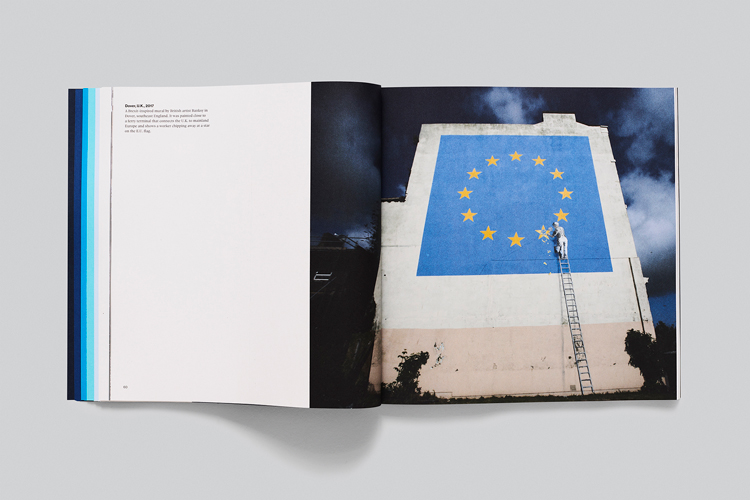 “A narrowing circle of trust”

Wanting to “walk the reader through the last 20 years”, Fenn says one of the big decisions made between S-T and Tortoise was to include a timeline that represented each year individually. From here, the team worked on how they could incorporate the idea of “trust” within the design of the publication itself.

“We began playing around with the idea of ‘circles of trust’”, says Fenn. “And from there settled on the idea of the rings of a tree, which help show the passage of time.”

The tree-inspired motif sees 20 die-cut circles cut out of the first section of the book, with each decreasing in size “to indicate the change”. 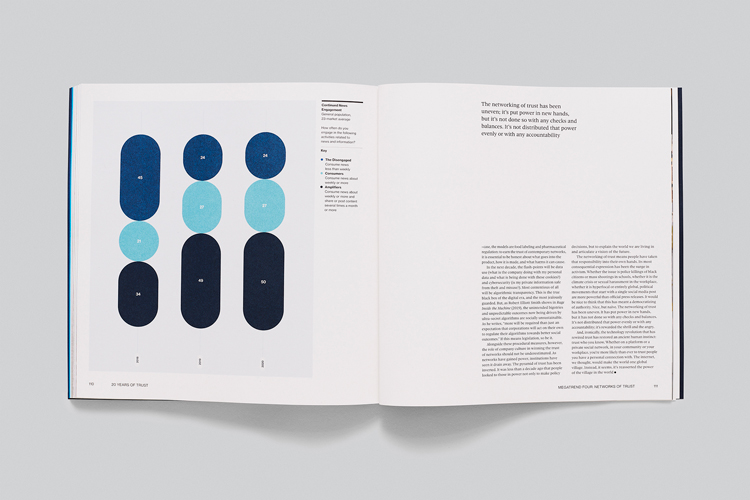 The first section of the book has a blue colour palette so that it works recognisably alongside Edelman’s wider branding, while also still permitting the publication to have a voice of its own.

“We chose the font because it’s both beautiful, and helps to give the publication a formal, authoritative voice,” says Fenn. 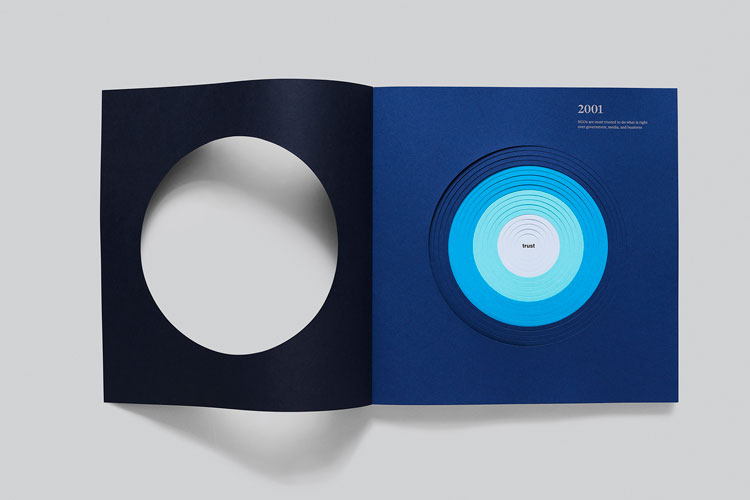 One of the challenges of the project, Fenn says, was working with data as it was coming out.

“The results of 2020 Trust Barometer study were coming out as we were working on the publication,” he says. “So we had to work quickly with our wider team to ensure the infographics were up to date for readers.”

The aim of the publication, according to Fenn, is to encourage readers to “prioritise trust building behaviour”.  The readers in question, are global business leaders and World Economic Forum delegates, all of whom have been sent a copy of the publication.

“Edelman are already a well-respected reputation with their Trust Barometer,” ends Fenn. “We’ve designed 20 Years of Trust to hit the right tone – it demands attention, cementing Edelman’s reputation as the leader in this field of research.” 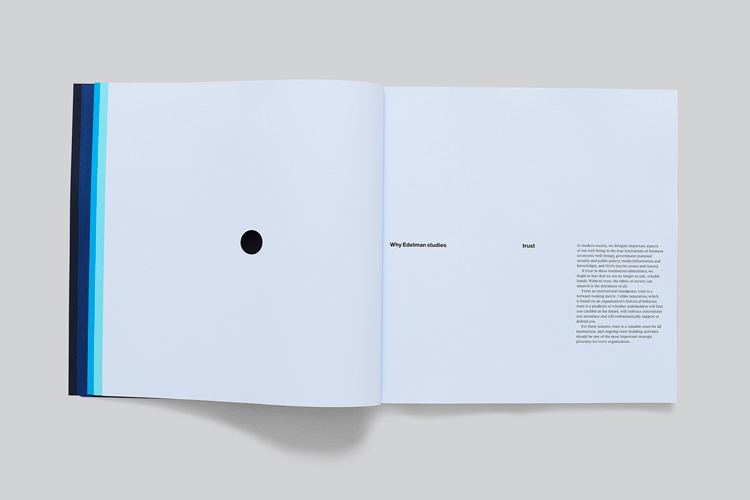