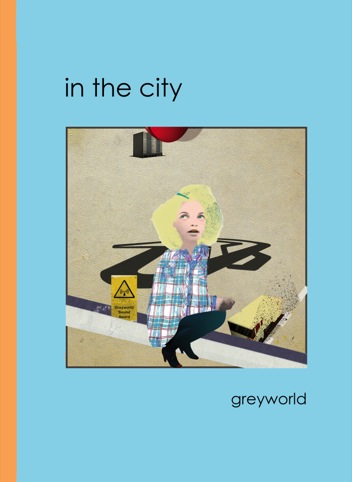 Their projects are things of fantasy, which wouldn’t look out of place in a children’s book.

Logically then the people at Greyworld have created a 94 page full-colour children’s book to demonstrate the history of the consultancy, by pitting the fantasy of their work against the work itself in a book of two parts.

In part one we find a young girl coming to terms with and enjoying a magical city where railings are tuned, benches can be beckoned with a whistle, statues move, bus stops sing and carpets make the sound of rustling leaves or crunching snow when walked over. 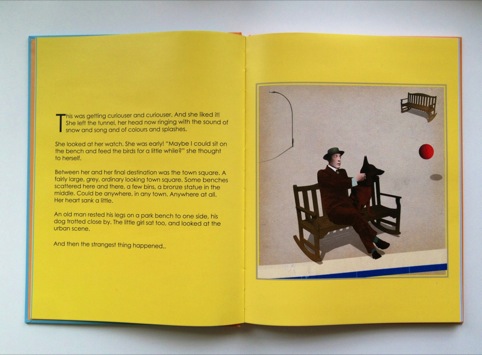 Of course it transpires in part two that these are all projects designed by Greyworld and we find out their real-world context.

In 1996 Greyworld tuned railings across Europe, without permission, which is when it all started.

Larger commissions followed including The Layer, a system ‘created to articulate transit spaces’ like tunnels and bridges, according to Greyworld, which placed sensors beneath carpets to detect the direction weight and speed of pedestrians, making a generatively produced sound environment. 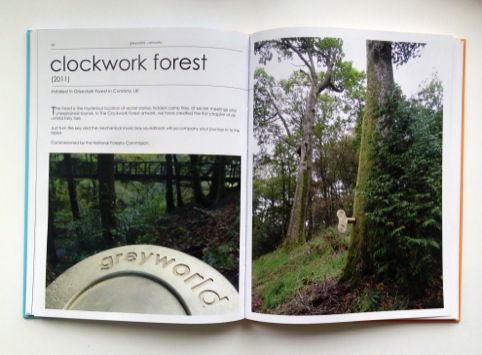 In 2001 Colourstops saw some of Bradford’s bustops brought to life by a female voice, which sings the colours of clothing worn by passers by.

The most delight is to be found in Bins and Benches though, which saw them brought to life in 2005 in a public square in Cambridge.

‘Each bin or bench was given its own creative impulse’ according to Greyworld, which designed the solar powered street furniture so that in rain a bench would park under a tree, or on dustman day the bins all line up. Utterly joyful.

In The City launches on 2 May and you can get a copy here: http://bit.ly/greybook