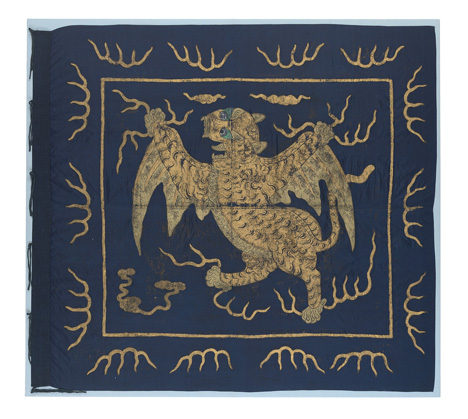 The new gallery, which has the full title Traders: The East India Company and Asia, is set to open at the Greenwich museum next month. The museum recently opened its new Sammy Ofer wing, but the new Traders gallery will be located in the original building.

At Large was appointed to the work around two years ago following a tender process, according to director Ned Phillips. The Traders gallery, which opens on 28 September, will take the place the NMM’s Art and the Sea gallery.

Phillips says, ‘The gallery’s aim is to tell the story of the East India Company from its outset.

‘It follows the 300-year history of the company through the lense of different commodoties that it specialised in – starting with spices, then moving to textiles and finally tea and opium, by which time the company had also become a commerical power, running large areas of India with its own army and navy.’

Phillips says the gallery will also feature an introductory space, which will focus on the history of the oceans themselves, as well as the introduction of Dutch and Portuguese merchants, who arrived before the British. It will also feature both contemporary and modern accounts of the East India Company.

Graphics for the gallery have been produced in-house, with information graphics from Acme.

The gallery will feature items from the NMM’s own collection (pictured), including Japanese, Chinese and Burmese swords, ship models and journals kept by company sailors.