Next week The Museum of Everything will open its fourth exhibition in London’s Selfridges, adorning its along Oxford Street and Orchard Street window displays and exhibition hall space with artworks inspired by the work of artists with developmental disabilities.

Never an establishment to do things the book, previous Museum of Everything exhibitions have included the miniature fairgrounds of Norfolk farmer Arthur Windley, the Victorian animal empire of Sussex taxidermist Walter Potter and a collaboration with Tate Modern that included seven years worth of ‘obsessive’ creations form a call-centre worker.

In this show, the museum has drawn together over 200 drawings, paintings and sculptures from international artists for whom art may be their only way of communicating. 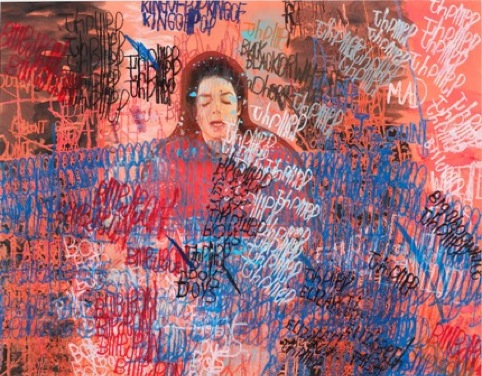 The worldwide studios the artists hail from include California’s Creative Growth. The Museum of Everything describes the set-up of these studios as ‘progressive’: unlike traditional art therapy, they are art led with therapeutic benefits, rather than purely therapy focussed.

‘A lot of people are non-verbal, so it’s a way they can communicate with the outside world,’ says  the Museum. ‘The people are very talented – we’re not just showing work by anyone. It’s not been made in the context of art: it hasn’t been made to be seen or exhibited – it’s outside the idea of a career.’

The Selfridges collaboration will be accompanied by an online digital exhibition on the Museum’s website , which will show all works included in the physical show alongside a few extra pieces.

Museum of Everything founder James Brett and his team decided that the windows weren’t  the idea place to display the works, so instead, the windows will be used as platforms on which to create scenarios based on the work, for instance a figurative piece would be recreated as a three-dimensional impression of the piece.

The space is being designed in collaboration with set designer Eve Stewart, who recently worked on the film The King’s Speech.

Alongside talks and workshops, the exhibition will also launch The Workshops of Everything charity, an initiative that aims to create studios for artists with disabilities across Britain.