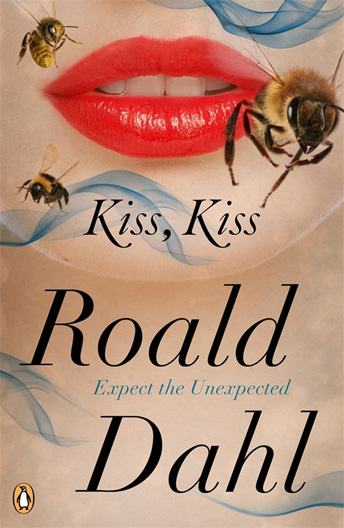 Jon Gray, who works under the name Gray 318, was commissioned in June by Penguin’s general art director John Hamilton.

Gray says has sought to tie the collection together with a coloured ‘haze of smoke’ graphic to represent the ‘dream-like’ quality of the texts.

Reading them – ‘one of the best parts of the job,’ led Gray to pull out juxtaposing imagery from two short stories in each text.

‘A grubby tarnish hints at some of the darkness’ and forms a canvas for each design, says Gray.

The embossed font is Didot italic. ‘If I’m honest I’d seen a gorgeous cover that [Penguin press art director] Jim Stoddart had designed and loved the font so much I stole it.’

Gray created another set of designs, based on the original 1970s paperback designs by Omnific and Penguin art director David Pelham, but these were rejected ‘as they weren’t as good as the originals and looked to retro’, he says.

This first set of four, Someone Like You, Kiss Kiss, Over To You and My Uncle Oswald are to be published on 1 September in time for Roald Dahl day on 13 September, before another nine in October 2011 and February 2012, which Gray is still designing.