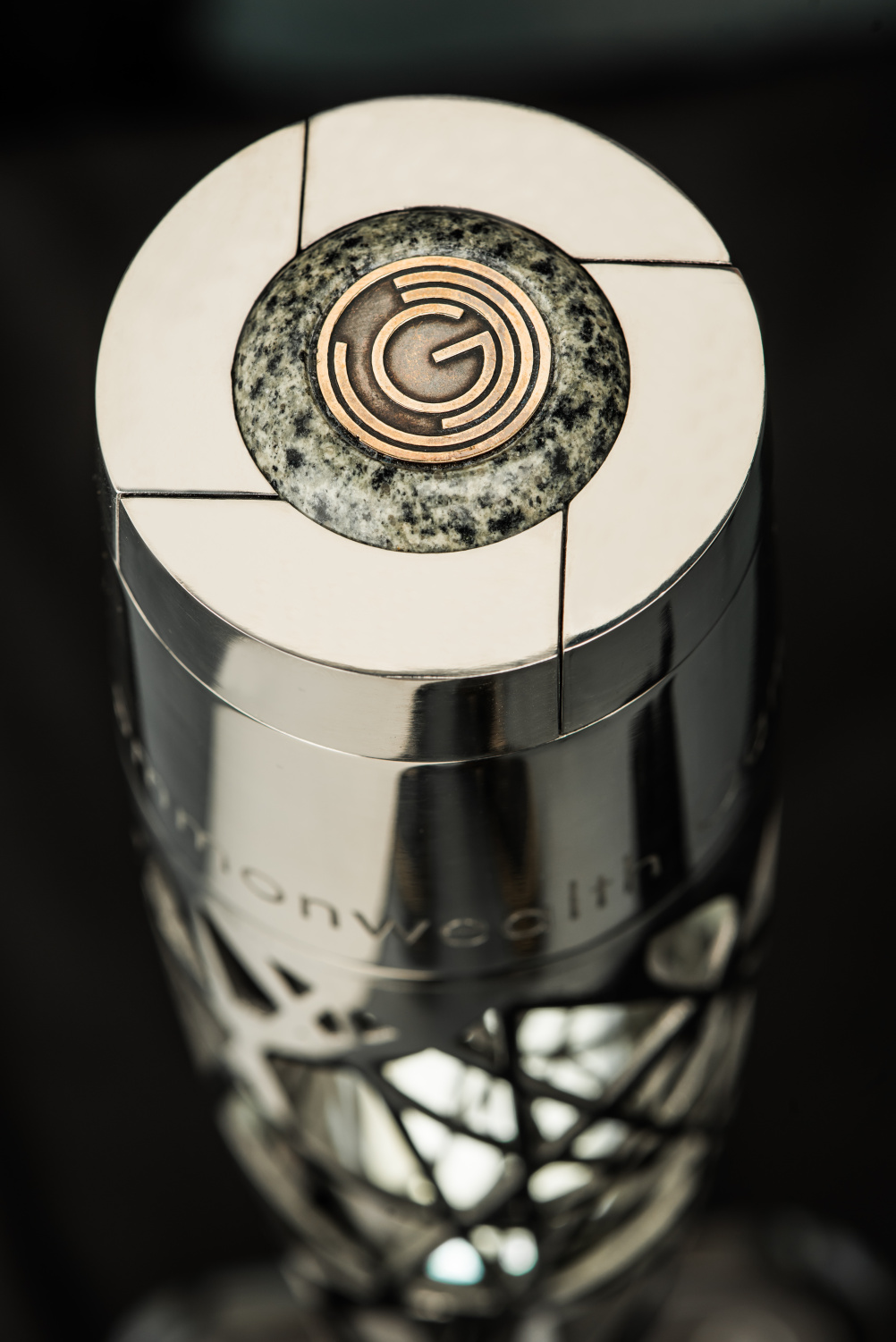 Designed by Glasgow-based 4c Design, the baton will take a 288-day journey through all 71 nations and territories in the Commonwealth before returning to Scotland for the start of the Games next July.

The baton is made from Elmwood, latticed titanium and granite. A transparent cylinder, lit from within by LEDs, holds a piece of handmade parchment on which the Queen has written a message, which will only be read when the Games begins. 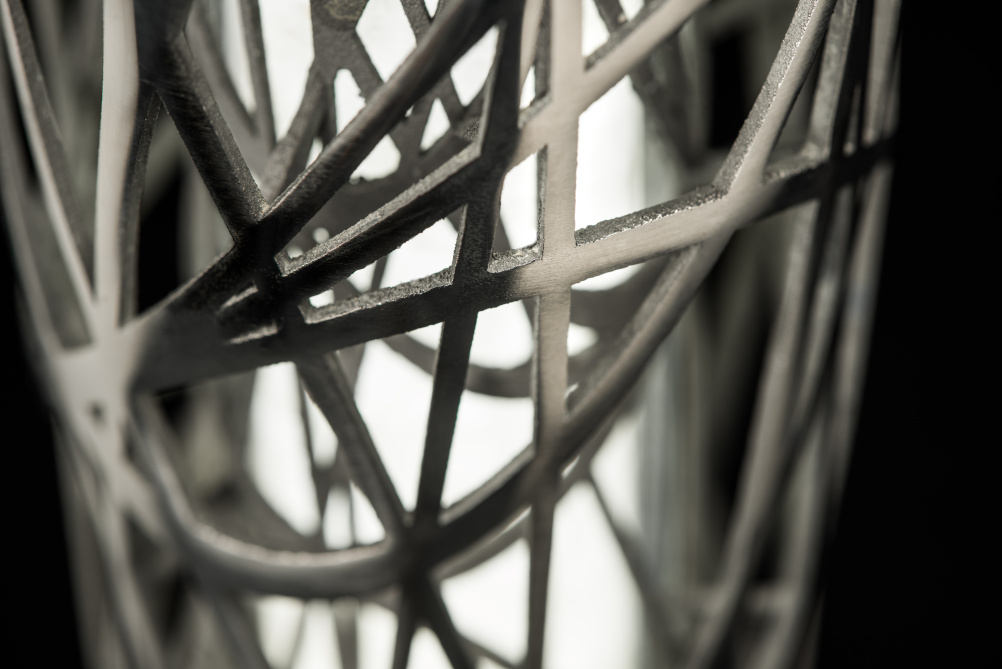 The titanium lattice that surrounds the cylinder is inspired by Charles Rennie Mackintosh’s designs and was created through a process similar to 3D printing that fuses together multiple layers of titanium powder three-hundredths of a millimetre thick.

The handle is made from elmwood sourced from the Isle of Cumbrae in western Scotland.

4c Design says it tested the elmwood’s durability by installing a sample handle on the door of its Glasgow workshop, where it was unwittingly tested by clients, suppliers and the postman in all weathers for 60 days. 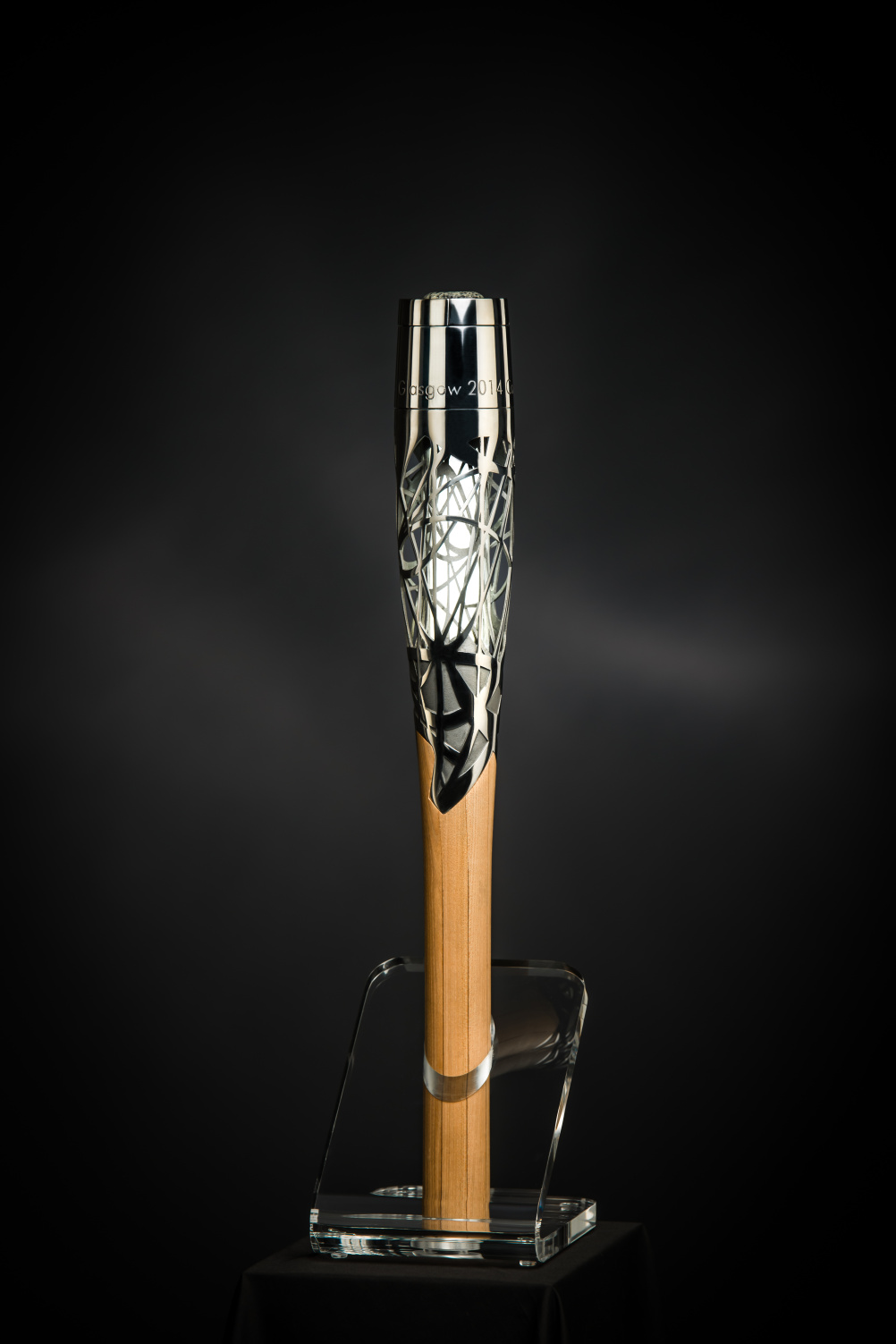 At the top of the baton is a granite ‘gemstone’, one of which will be given to each nation or territory the baton travels through. The granite was sourced from Ailsa Craig in the Firth of Clyde and crafted by curling stone manufacturer Kays of Scotland. Each ‘gemstone’ features the Commonwealth Games logo, embellished by jewellers from the Glasgow School of Art.

The ‘gemstone’ is released from the baton through a mechanism inspired by historic box puzzles.

Glasgow 2014 chairman Lord Smith of Kelvin says, ‘Glasgow 2014’s Queen’s baton is not only an incredibly stylish object, but is an example of cutting-edge contemporary Scottish design that tells so many stories about our nation.’

A Portrait in Fragments