‘In a word, no. All this does is make Yahoo look indecisive and bolsters the public opinion that “design is a waste of money”. Some of the options on show are literally just a bit of typesetting with nothing at all distinctive about them (see Day 18 for instance) – it just looks plain lazy. There’s no feeling of evolution day by day and the public definitely aren’t engaged with a story or taken on a journey. I think Yahoo has concentrated on variety instead of a solid and unique brief. With a bit of design strategy they could have shown a journey that leads to an unquestionable result. Get the brief right and there can only be a few solutions – I’ve never shown a client 30 options (and I never will) because I define a problem and solve it, while taking the client on the journey with me. I was bored after Day 3 (and I’m interested in design) so I can’t imagine how unengaged the public are.’ 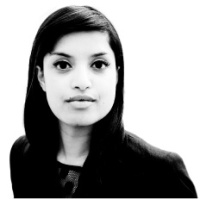 ‘Yahoo presumes that people care about incremental changes in their logo. In a relatively drawn-out period of time in the world of the internet, I’m not sure what changing the typeface achieves, apart from transient eyeballs. The Google logo, on the other hand, has remained relatively the same for years, and is supplemented with Google doodles, that add impact, interaction and interest on a topical and seasonal basis. Yahoo’s effort, in comparison, seems a somewhat hollow and unexciting effort to engage the public.’

‘Who really cares? Honestly? Well, ask Gap or Tropicana. In an age when reaction has never been more publicly voiced, when a big brand change happens suddenly and without warning it can cause quite the reaction: damned if you do, damned if you don’t. I understand the strategy Yahoo is striving for, but I think ultimately it fails. Yahoo is like the spoilt, rich kid at school. No one knows how they got so rich, but they just buy their way out of trouble, hoping to be popular. 30 Days of change is just that. It looks like someone opened up their font library, typed in “Yahoo!” and saved out 30 versions. Is posting 30 slightly different logotype solutions set in purple, created months before, with a post on Tumblr and a Yahoo video (which doesn’t show view stats) involving me in the process? Making me care? No, and the reaction (thus far) reflects a similar sentiment. You want to show change? Be bold and confident, that’s much more attractive and alluring.’

‘Yahoo is investing in design. And that’s good. This is progress. And the way they are doing it is unusual. Weird even. Weird works for brands generally. It’s what helps them stand out, be remembered, get conversational and ultimately create monopolies in people’s minds when it comes to choosing one brand over another. AND — If ever there was a commercial signal that logos were on the slide, this is it. Lobbed out with casual abandon by the Yahoo Team… the “one logo a day for 30 days” gives the firm impression that logos alone are so worthless you can have one a day to blow your nose on. And I like that. Logos alone are pretty worthless (but you knew I was going to say that). Intellectually that 30 logos in 30 days, seven brides for seven brothers approach is smart. It removes the shock of the new to the doomsayers. Gets them used to change. Gets them ready for pretty much anything. And it’s hardly a shock… Google have been remixing its logo from the get-go, MTV has been doing it for even longer. But, and herein lies the rub –  by pushing the launching of a logo, by launching a re-design, by focusing on the new look… Yahoo risks blowing its nose on its own curtains. Unlike Google (and come on, it’s Google they are after in this race, they need to introduce more charm into their brand experience. Ultimately this all comes down to opinions. What does Yahoo stand for? Why should we care? A rebrand is the perfect time to get opinionated, divide the room, get a conversation going. I want them to succeed want them to win us over and give Google a good run. Releasing a logo a day for 30 days in an interesting start. Please don’t let it be a bland ending.’ 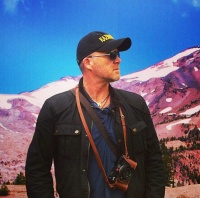 ‘I’m not a big fan of public consultation when it comes to selecting the best creative ideas. If Ben and Jerry’s had done that, we would have never had “Fish Food”. And when you ask the public to vote on X-Factor you never get a vote that picks talent. It’s always the sympathy vote. The best way for Yahoo to engage with its audience is to give us all a great brand experience and reason to choose them above Google, rather than parading logos. I still don’t know what Yahoo is for.’