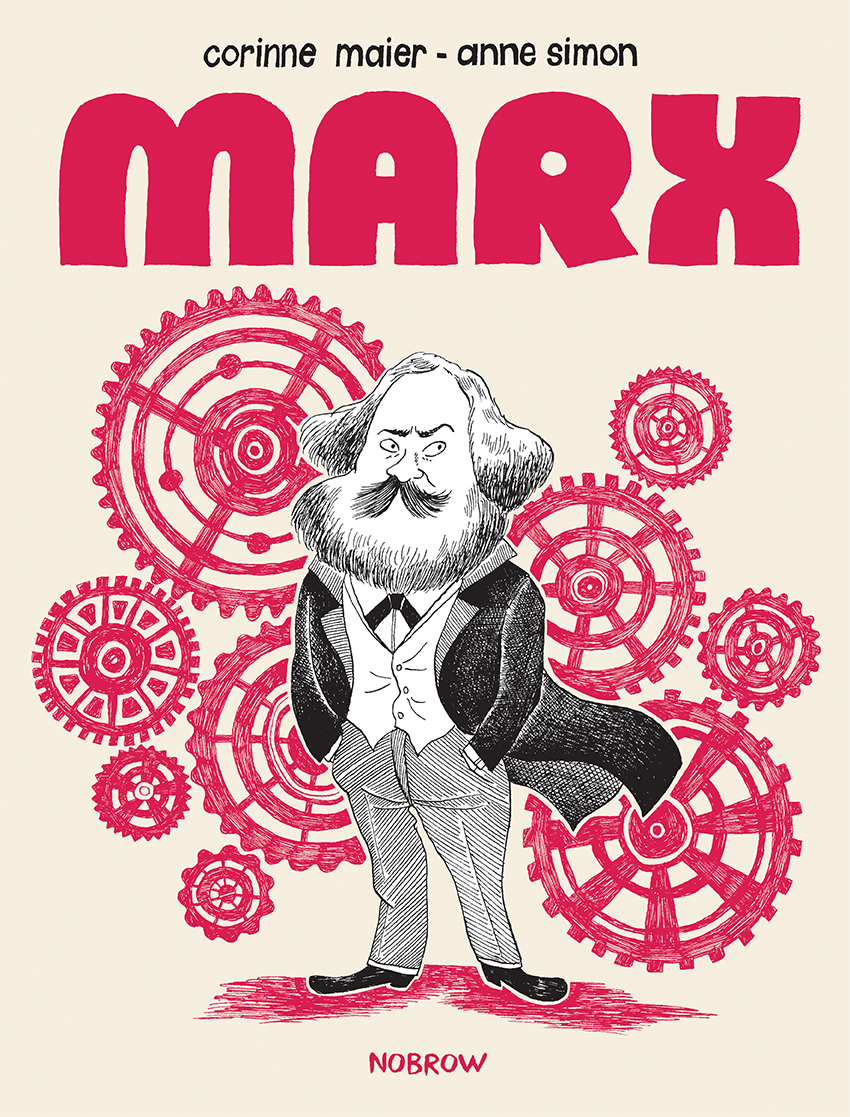 Maier and Simon follow the first book in their series, which was about Sigmund Freud, the ‘father of psychoanalysis’. And in Marx the pair have a subject with an equally weighty story to tell.

As ‘Marx’ says at the beginning of the book, ‘My name is Karl Marx. I was once nicknamed the devil for decrying capitalism. But, before you judge, let me tell you my story.’ 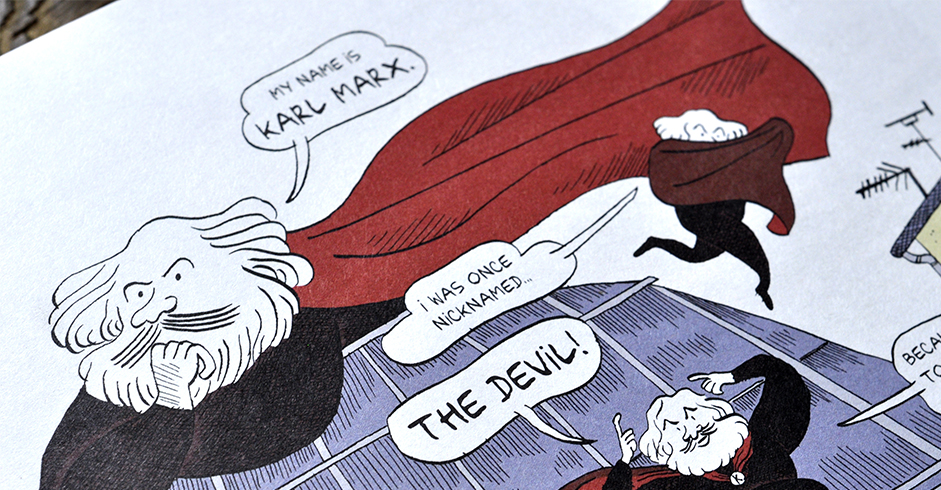 This famous story takes Marx from his Prussian birthplace through Berlin, Paris, Brussels and London as he spreads his manifesto.

Along the way, we get a glimpse of the human side of Marx. Falling in love; worrying about his rent; impregnating his maid… 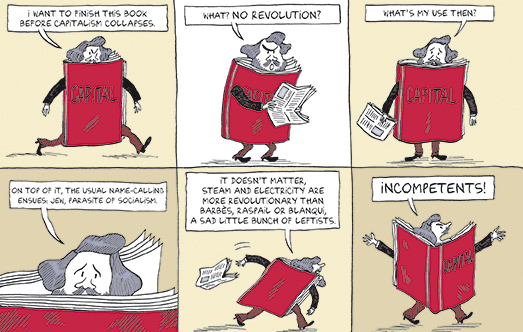 The book ends with a ghostly Marx watching the chequered events of the 20th Century, right up to the financial crisis of 2008. ‘The struggle continues!’ as the cartoon Marx concludes. 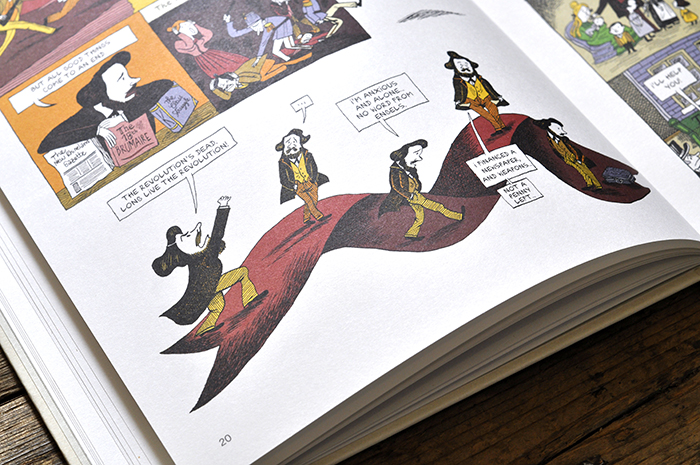 Marx, by Corinne Maier and Anne Simon, is published in September by Nowbrow priced at £13.99.