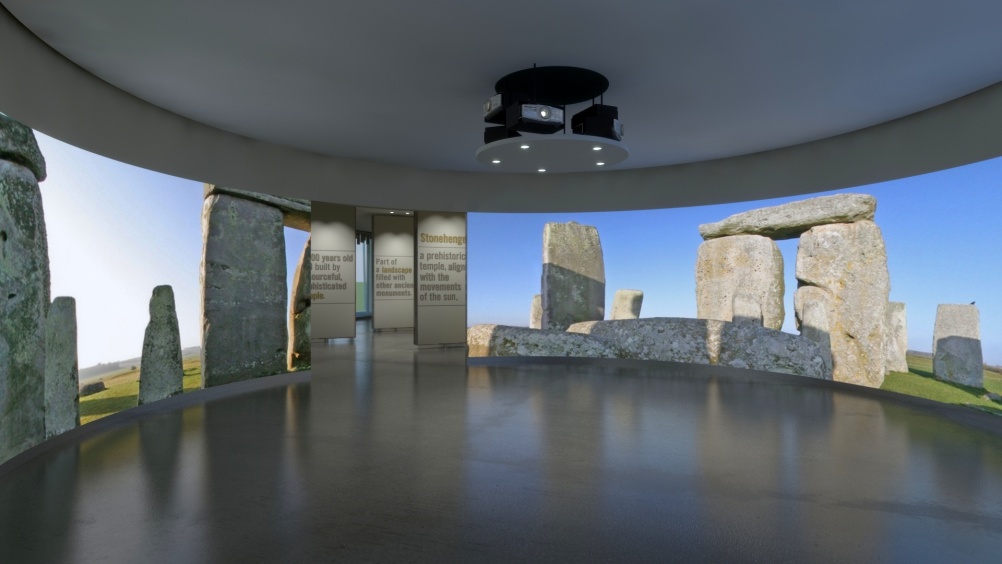 Denton Corker Marshall has designed the centre and Haley Sharpe Design has designed the interpretation of a permanent exhibition as well as temporary exhibition Set In Stone? How Our Ancestors Saw Stonehenge, which is about theories through the ages of who built the landmark.

The DCM-designed building is situated one-and-a-half miles to the west of the stone-circle within the World Heritage Site.

They sit under a steel canopy, supported by irregularly placed sloping columns and clad on the underside with zinc metal panels ‘shaped with a complex geometry reflecting local landforms,’ says Marshall. 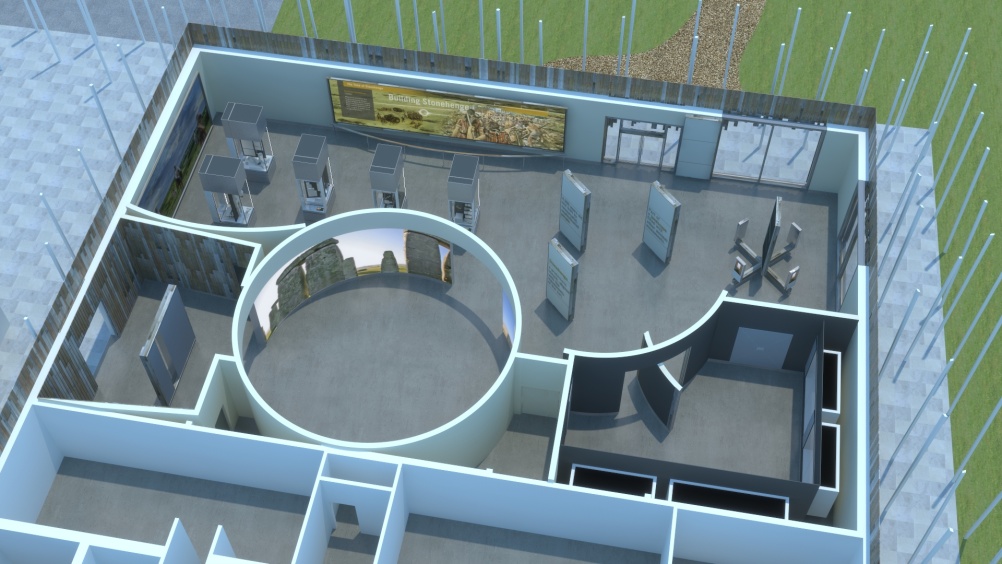 While DCM has designed the café and shops, Haley Sharpe has designed an interpretation for the Visitor Centre, as well as site signage and way finding, and will work on further interpretation within three Neolithic houses, which are expected to be built next year.

These will give an insight into how inhabitants of the site may have lived almost 5000 years ago.

At the centre of the exhibition a 360-degree theatre has been designed, which Haley Sharpe designer and director Alisdair Hinshelwood says was the result of visitor focus groups – ‘people want to stand in the centre of the stones.’

As this has not been permitted since the 1970s, because of erosion and damage, the new AV experience allows visitors to be surrounded by a panoramic screen.

The new interpretation design is delineated along three categories – People, Landscape and Meaning. 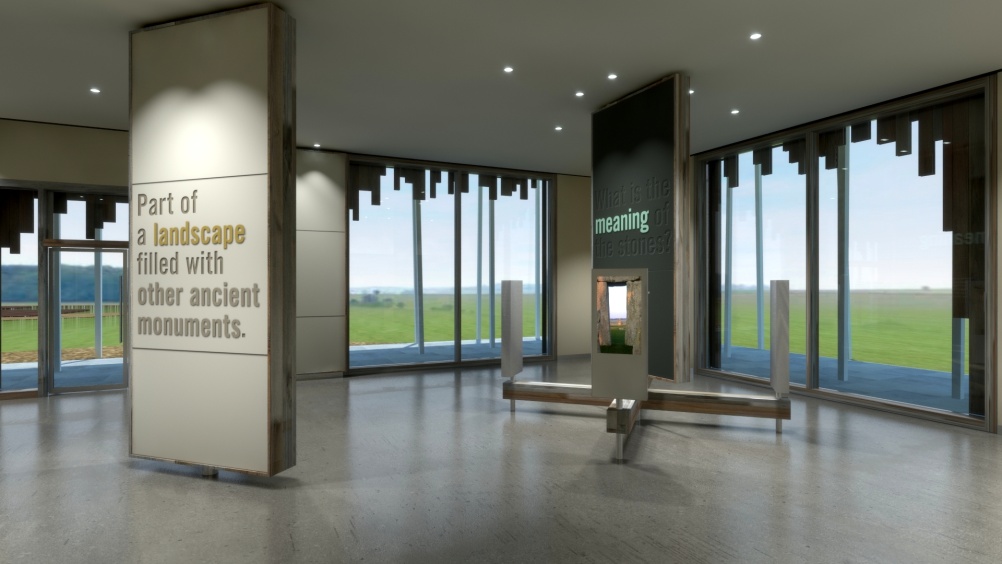 ‘Meaning explores different explanations on the formation of Stonehenge, Landscape is about the wider landscape of Salisbury Plain, and People is about the people who built Stonehenge and who are buried there,’ says Hinshelwood, who adds that the interpretation is made up of ‘media reconstructions, museum material and tactile models.’ 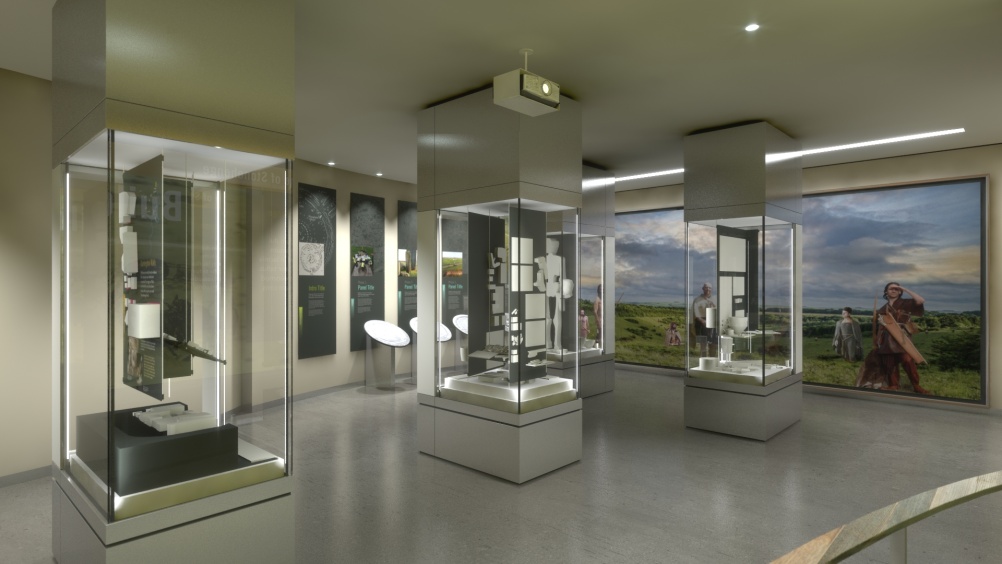 The Haley Sharpe design incorporates the display of 300 prehistoric artifacts, displayed and organised with the English Heritage.

There is also a reconstruction of the wooden roller system which is understood by many archeologists to have been used to transport the stones that were quarried from South Wales 240 miles away.

Jade Design has designed a catalogue for Set in Stone?, the first special exhibition.