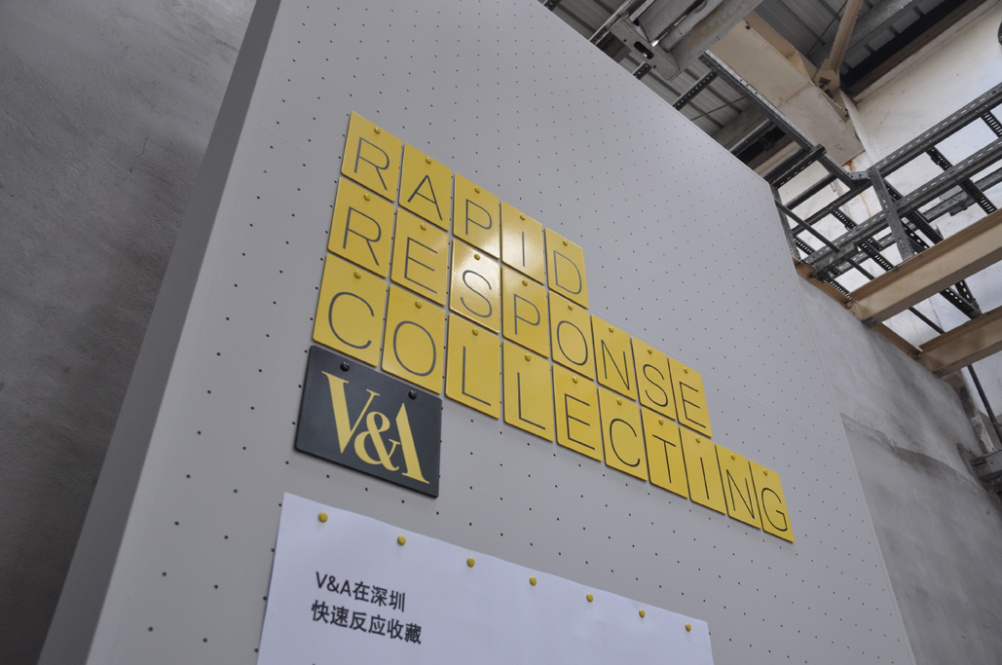 The concept behind the V&A’s rapid-response initiative is that it ‘collects in fast response to important events’.

The museum has already used this principle to exhibit a model of Cody Wilson’s Liberator – the world’s first 3D printed gun – and to buy a pair of Primark jeans in the week that the Rana Plaza factory in Bangladesh, which made clothes for Primark, collapsed, killing more than 1000 people.

The Shenzhen exhibition is the first proper test of this curating practice. For the show, the V&A invited Shenzhen citizens to contribute an object that could tell a story about living in the city today.

Curated by the V&A’s Corinna Gardner and Kieran Long, the exhibitions features objects such as a guqin (a traditional musical instrument), a bra without undewiring and a handbook to the flora and fauna of Shenzhen. 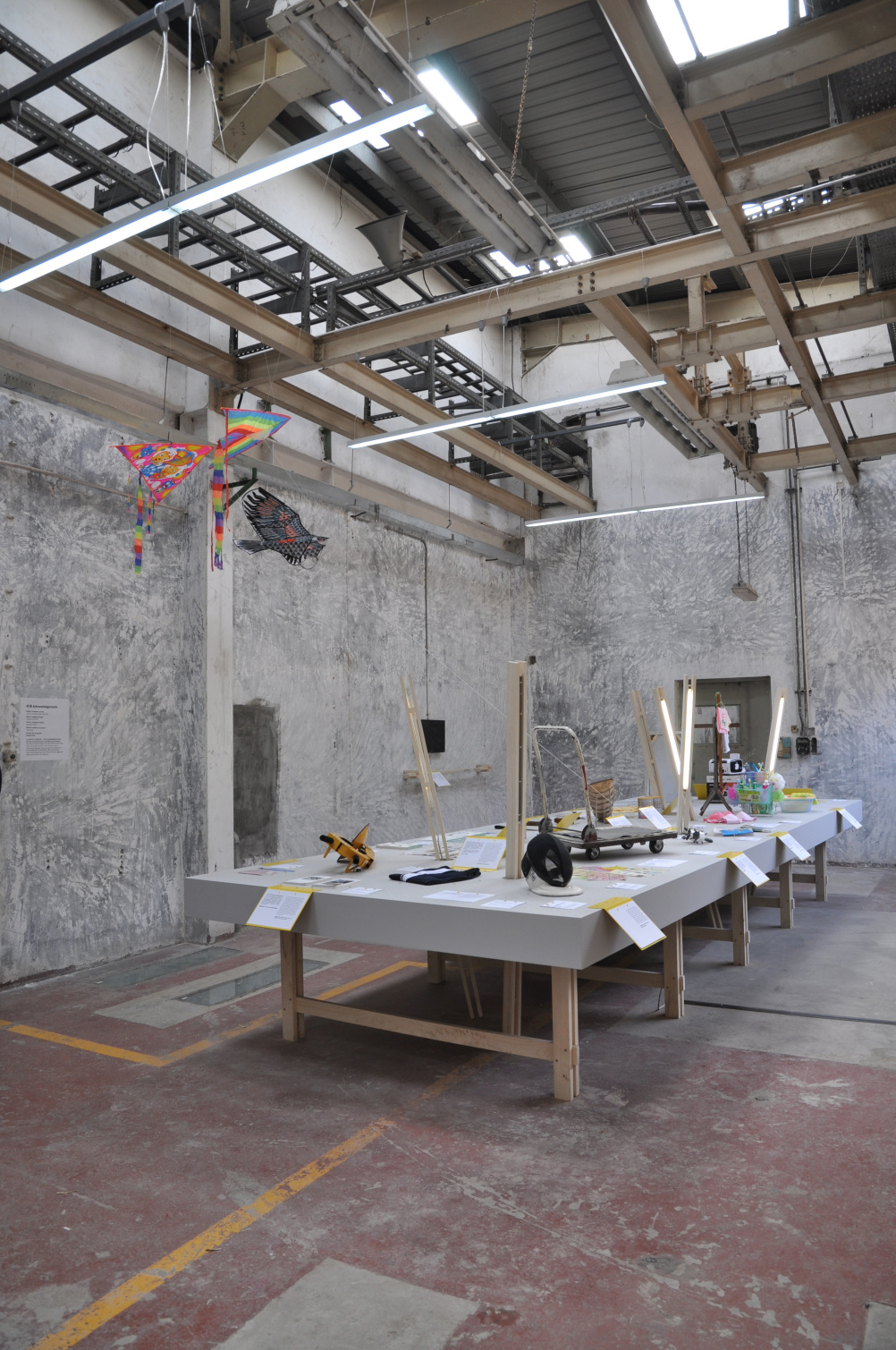 The exhibition design is by Andreas Lechthaler, with graphics by Alexander Boxill.

Violetta Boxill, creative director of Alexander Boxill, says, ‘We needed a system that would be very flexible and concise – we weren’t sure what sort of exhibits we would be working with or even what the quality of the walls in the space would be. 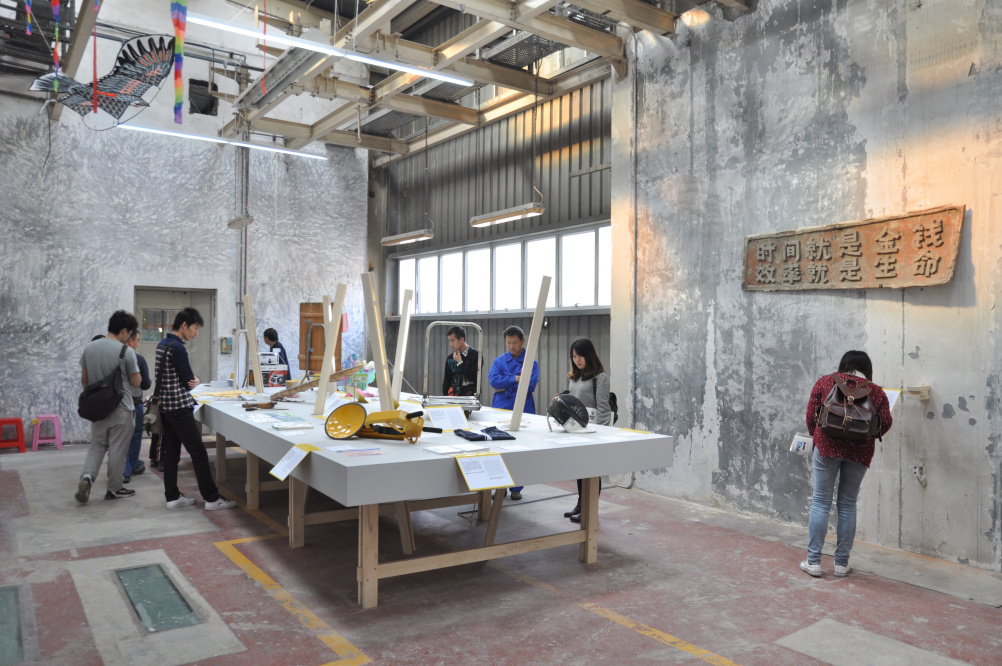 ‘Right at the beginning we came up with the idea of using one large surface. We wanted to use a pattern and settled on the idea of a peg board grid, that could accommodate both labels and objects.’

Label carriers were designed to either sit on or hang off the main exhibition table.

Boxill says, ‘We were producing labels right up until the day before the exhibition opened.’ 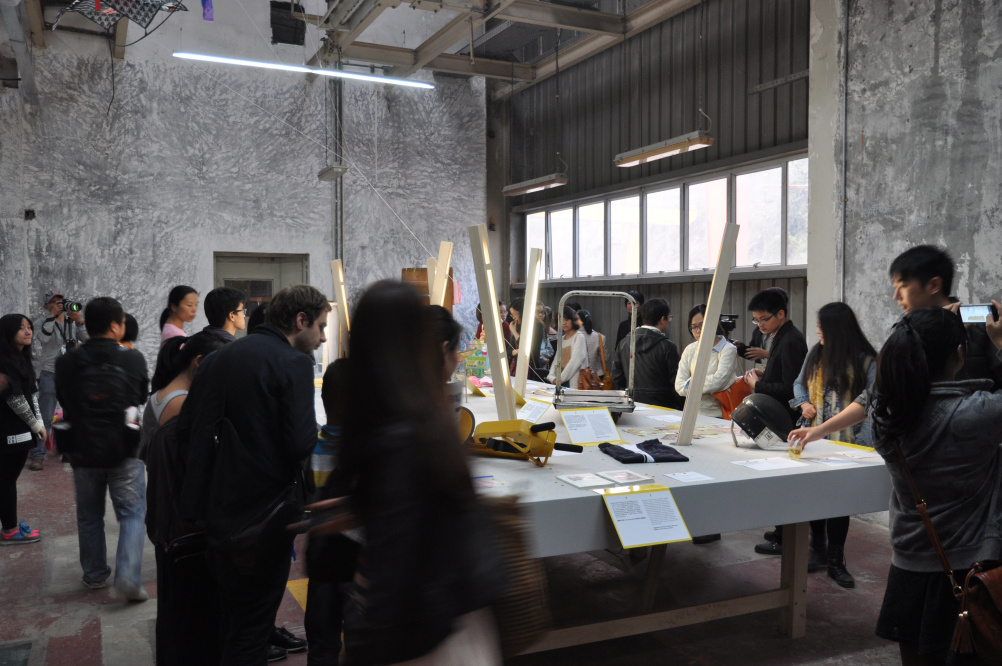 The Shenzhen Biennale runs until 26 January 2014. The V&A says it is planning to use its rapid response collecting technique to create a changing display at its museum in London from May 2014 onwards.

A Book for Two