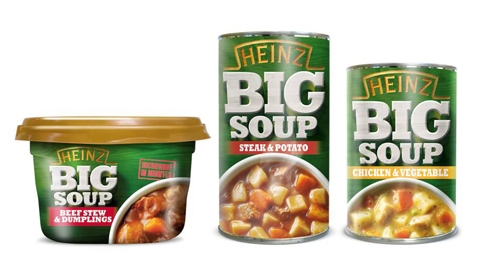 The consultancy is understood to have been appointed on credentials, after working on a raft of other projects for Heinz, including its 1kg plastic beans jar in August 2010.

The keystone and green background associated with the soup brand has been kept, but a new typeface to emphasise the ‘chunky, bold nature of the soup’ has been developed, says Heinz.

Two canned formats will be available, as well as the new microwavable pot, which is a response to the demands of consumers ‘looking for filling lunches to take to work that are easy to carry and quick to prepare’, according to Heinz senior brand manager Lucy Cawkwell.

Heinz Big Soup Pots will be available in seven varieties, rolling out this week.