Idols and Icons are the subject of the latest Mr Gresty-curated exhibition, which will see the famous and the infamous reimagined in a set of original commissions.

This is the tenth in the LHR exhibition series, which has seen Gresty taking on the likes of animals, eccentrics, Cockneys and other such unrelated themes.

The brief for Idols and Icons has been left completely open, with artists choosing to interpret who they like how they like.

There’s a dark undertone to some of the interpretations, particularly Marco Bevilacqua’s druggy Elvis and Sara Stode’s creepy Marilyn twins. 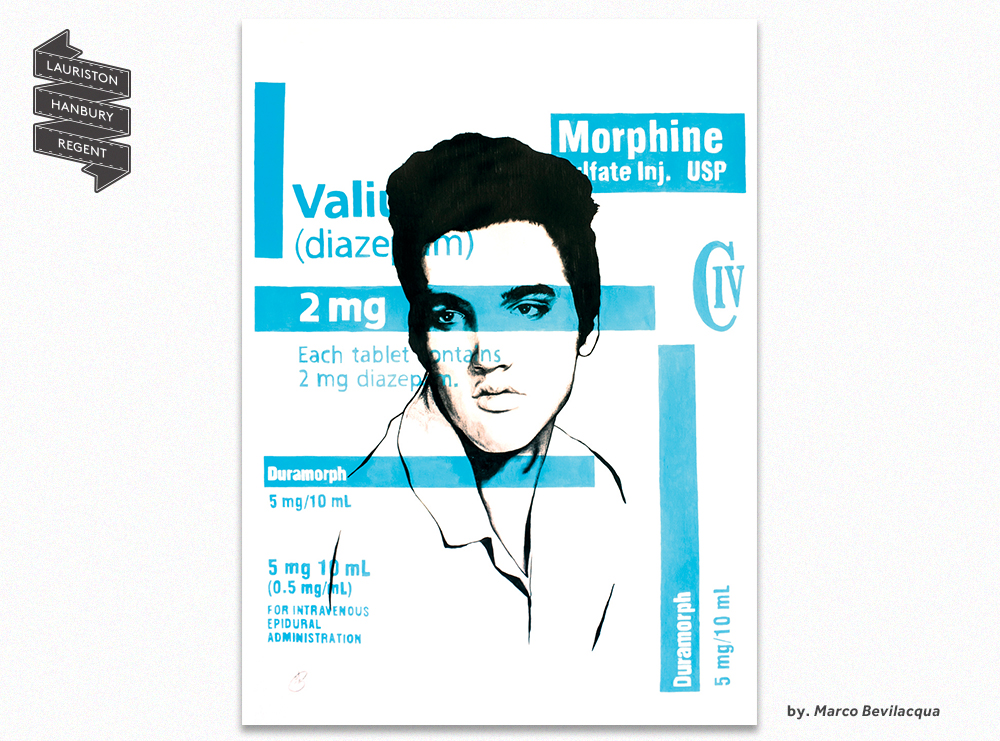 Gresty says: “It is interesting to see a lot of the artists’ selections came from decades ago, not many contemporaries. Also a lack of art idols too.”

He hopes that the brief has encouraged artists “to share a little of their personal taste” and says the subject stood out as it explores themes such as hero worship, obsession and envy.

As well Mr Gresty himself other contributions have come in from 15 illustrators including VJ Von Art, Shona Read and Jane Laurie-Akten.