If the most creative thing you’ve ever done with a pizza is fashioning a rudimentary face from your fromage, it might be time for a rethink.

Zizzi Ristorante is establishing the somewhat overlooked connections between Italian food and design in its inaugural design competition, which is currently welcoming applications.

All those who studied in the UK and graduated in the last four years are welcome to apply, with the illustration brief simply reading – ‘Deliciously stylish.’

The nationwide competition will see six art graduates chosen to become part of a ‘creative collective’ for the brand.

The winners’ first task will be to redesign the Zizzi menu – meaning their art will be seen by over 2 million people per year.  Which, seeing as the Tate Britain had just over 1.5 million visitors in 2009, isn’t bad going.

Like chains such as Starbucks, Zizzi hopes to make each restaurant an individual establishment that takes its visual cues from its location – a concept that will be pushed further when it opens 15 new restaurants and redesigns 22 of its existing outlets this year.

Zizzi says that there is a strong chance that the competition winners will be working on these redesigns. There is also the possibility of designers being independently commissioned to replicate their illustrations on a restaurant wall.

Nicola McEwan, Design Manager at Zizzi, says, ‘This is a brilliant platform for artists, giving them a stage to showcase their work in the commercial world.’

She adds,  ‘We will need some talented artists to work with on [the new restaurants and redesigns] and this competition is a way of seeing what is out there.’

The winners will be chosen by a judging panel including the Zizzi in-house design team and our very own editor, Lynda Relph-Knight. 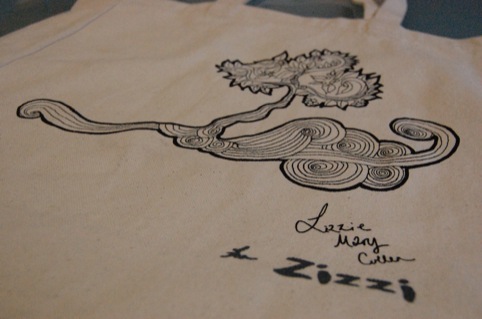 Applicants are required to email freshyoungtalent@zizzi.co.uk with their work (at 350dpi) and a brief explanation of what inspired it, their name, date of birth, university they studied at and subject, the year they graduated, and their address and telephone number.The closing date for entries is 20 March.