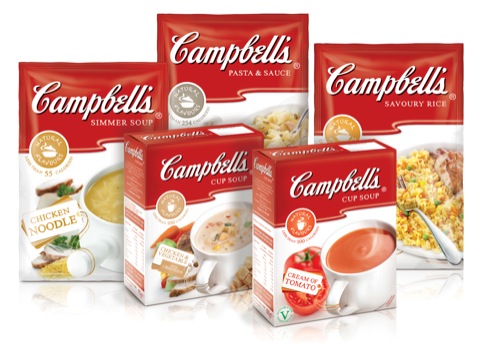 Campbell’s soup has not been available in the UK since 2008. The relaunch is in partnership with dried food manufacturer Symington’s, with which Path has an existing client relationship.

Symington’s appointed the consultancy to the project without a pitch in October 2010.

Tom Herman, director of Path Design, says, ‘Our challenge was to make the iconic Campbell’s brand relevant to the modern consumer again in the context of current competition.’

The project involved creating new brand positioning, brand guidelines and packaging designs across all 26 new Campbell’s products, though the range does not include the soup tins made iconic by Andy Warhol.

The new branding and pack design aims to communicate the ‘thick and luxurious’ flavour and quality of the new range.

Herman says, ‘The US branding team had moved the Campbell’s mark on from its classic symbol – it had lost some of its simplicity.

‘We stripped it back to its classic, simple form of the pure red and white without cluttering it. There’s the quality cue in the red, and we simplified it down to communicate the essentials.’

The products will start to roll out this week.