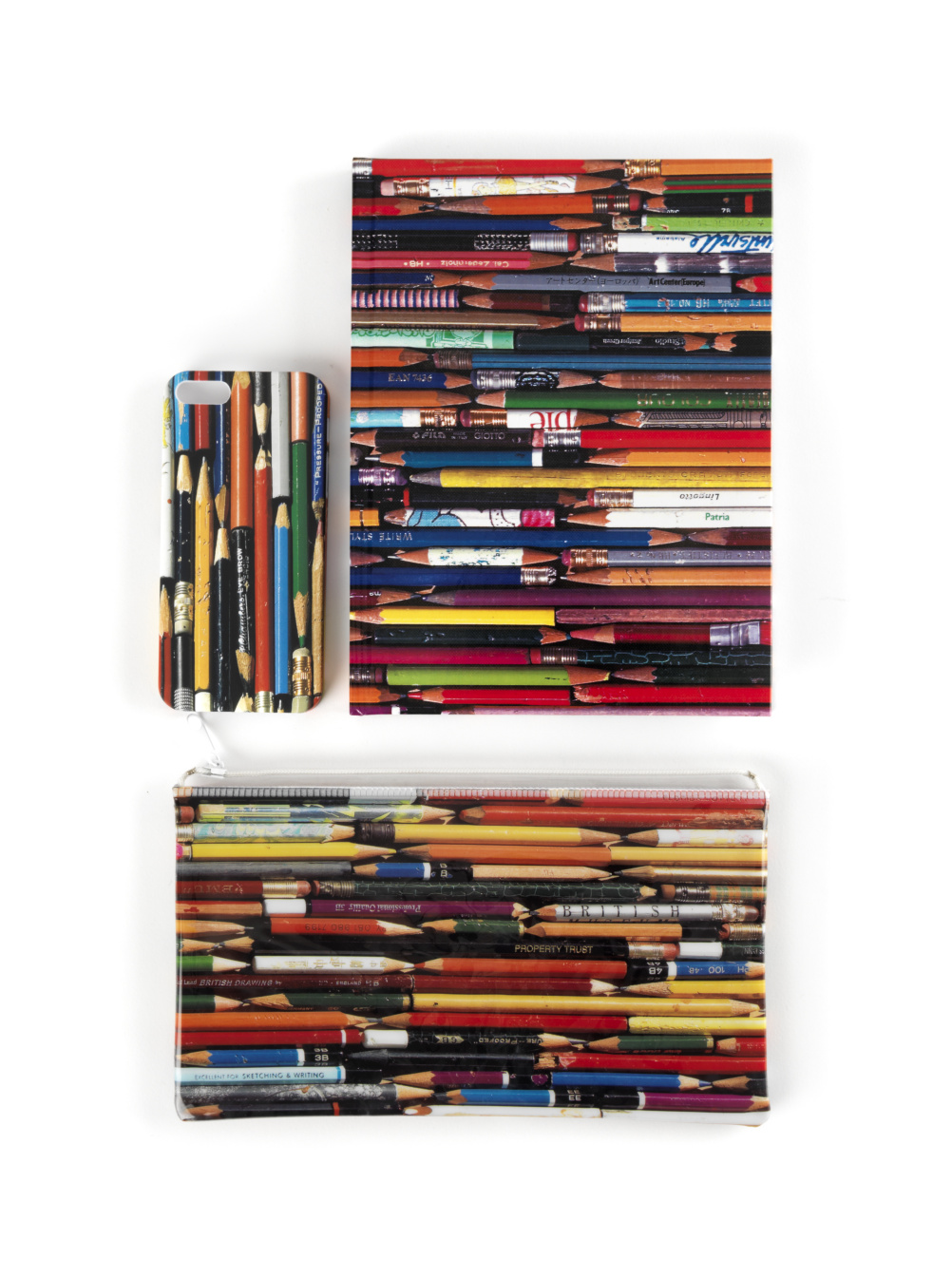 The Alan Fletcher Archive launched last year and is run by Alan’s daughter Rafaella Fletcher. It features examples of Fletcher’s work from his student years (1952-59) right up to the projects he was working on until his death in 2006.

The new Alan Fletcher range applies some of his prints, doodles and images to a range of products, including scarves, notebooks and T-shirts. 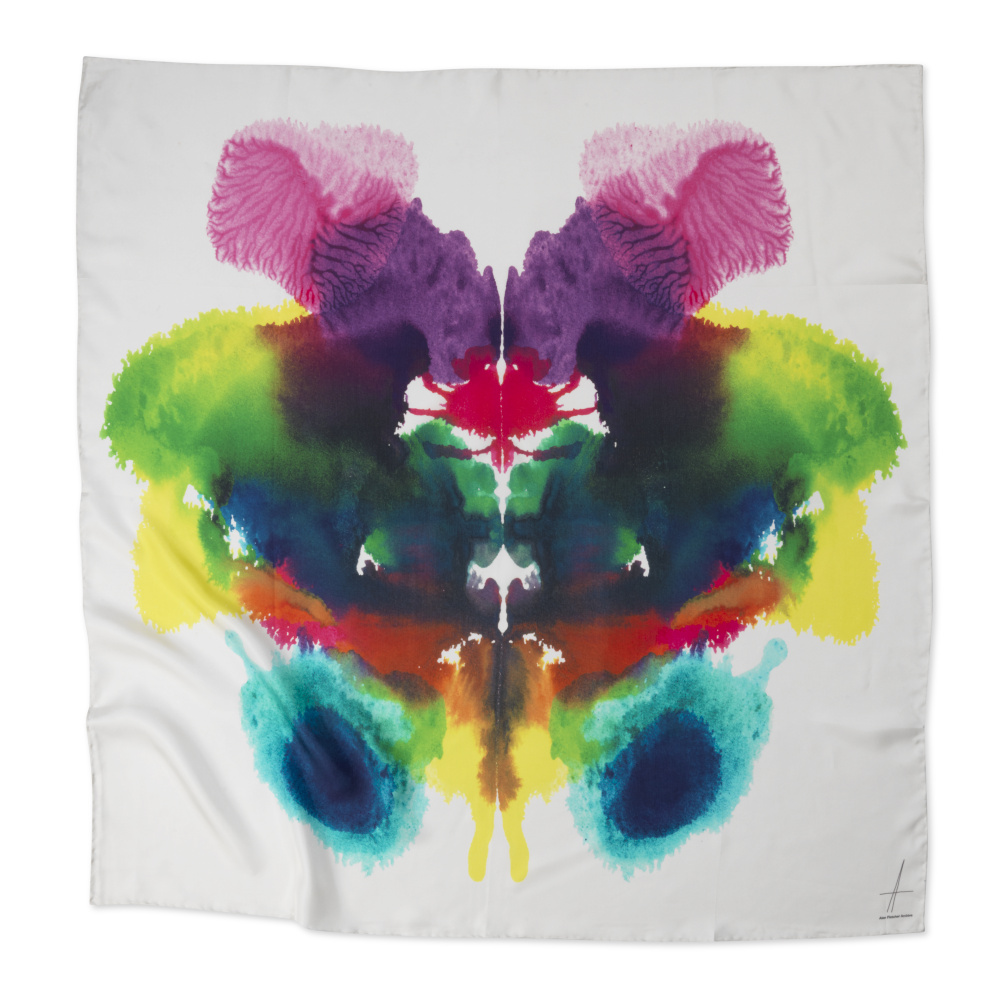 The silk scarf features a colourful Rorschach image inspired by Fletcher’s design to launch colour Polaroid film in 1989. When asked, ‘What does it mean?’ Fletcher apparently shrugged his shoulders and replied, ‘What do you think?’. 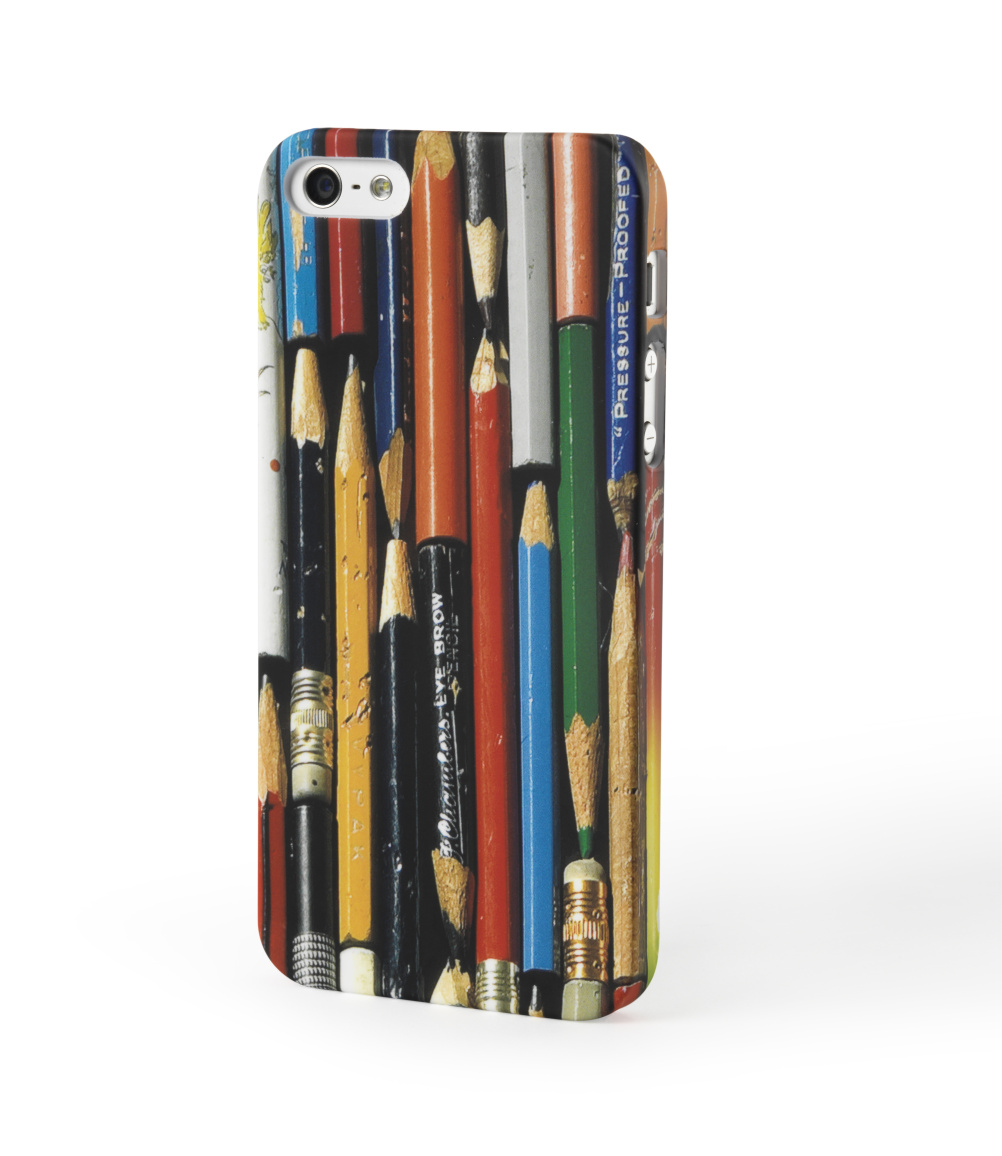 The notebook, pencil case and iPhone case feature Fletcher’s ‘A Technical Graveyard’ assemblage, which apparently came about after Fletcher asked to borrow a pencil from colleagues and no-one could find one. 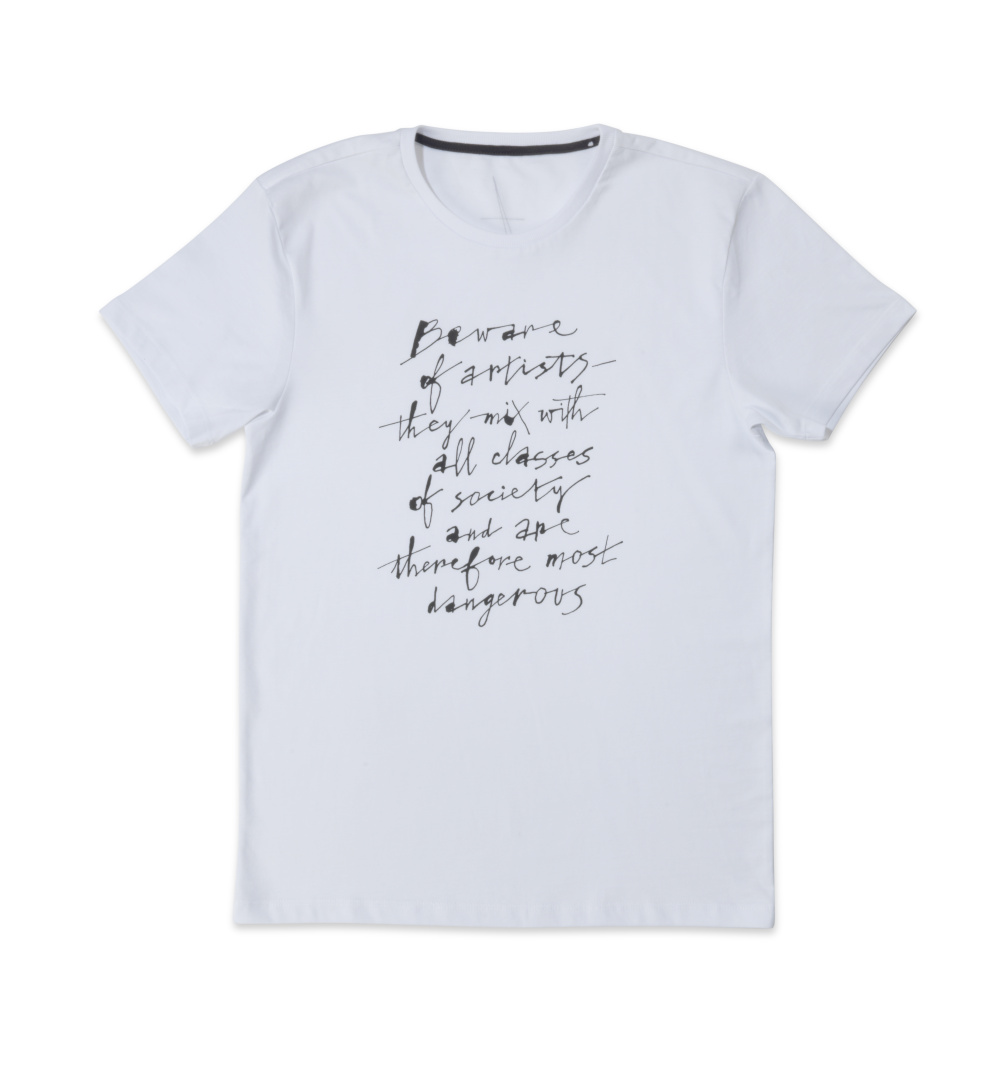 The T-shirt features Queen Victoria’s warning ‘Beware of artists – they mix with all classes of society and are therefore the most dangerous.’ 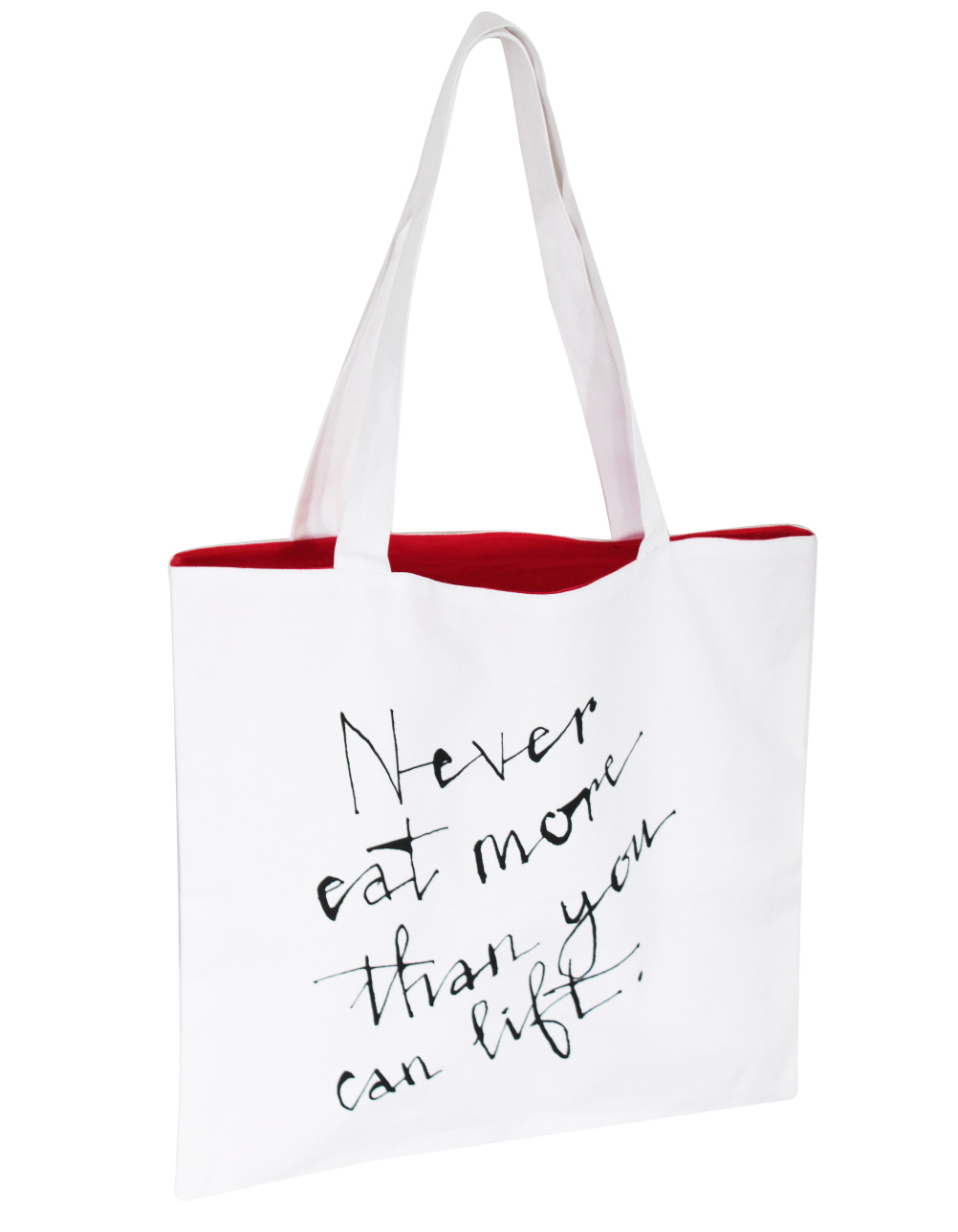 The shopping bag and fridge magnet, meanwhile, feature the maxim ‘Never eat more than you can lift.’ A wise observation from none other than Miss Piggy of the Muppets.

The Alan Fletcher range is available from the Barbican Shop, Silk Street, London EC2, and www.barbican.org.uk.