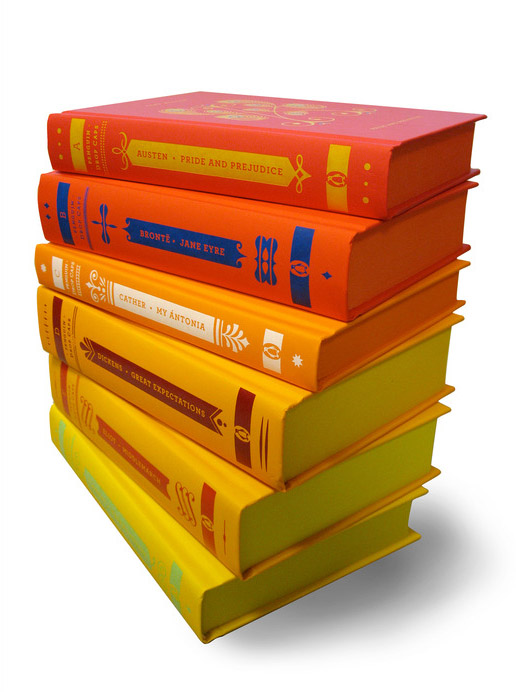 The series will comprise 26 hardcover classics, with each cover showcasing an illustrated letter for each author’s surname (A for Austen, B for Bronte etc).

The series is art directed by Penguin art director with typography from Jessica Hische (so it’s predictably great).

A, B and C were released in the UK last year, and now it’s the turn of D-L (with a couple of exceptions due to UK licensing issues.)

The Drop Caps are stylistically varied, occasionally literal (notably with the bees in Sue Monk Kidd’s The Secret Life of Bees) and gorgeously foil-stamped.

Herman Melville’s Moby Dick and Edith Nesbit’s Five Children and It are set to be published in October – while O-Z have yet to be announced.

The Penguin Drop Caps series is published by Penguin Books USA and distributed in the UK by Turnaround, priced at £13.99 each.